The area around Karrijini National Park in the Kimberley, west of Exmouth, is riddled with georgeous gorges. These include Dales, Knox, Joffre, Weano, and Kalamina. This revisit is in the area from the Nunatarra Roadhouse, on the Ashburton River, to Karrinjini. 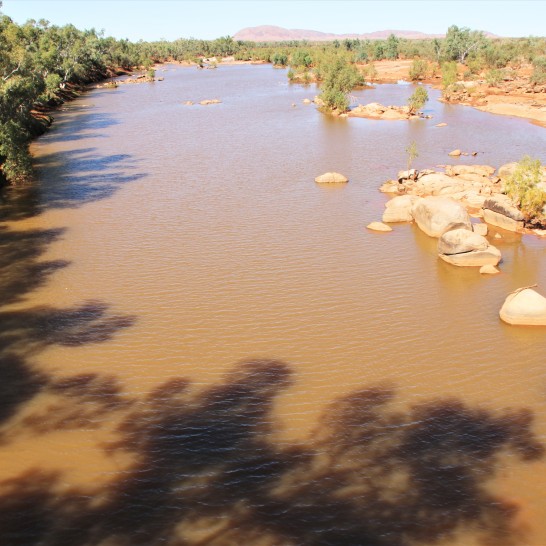 It was dry-ish, but apparently is not always so!

The rocks are about 2500 million years old, which is quite old, being nearly as long ago as St Kilda’s last premiership. The seafloor was where the surface is now, compacted, then lifted, by the drift of the continental plates. As is the case with many areas of ancient rock formations, the formations are generally the remnants of what was, eaten away over millions and millions of years by wind and water.

The temperature variation around here is confirmed by the extremes of the engineering: 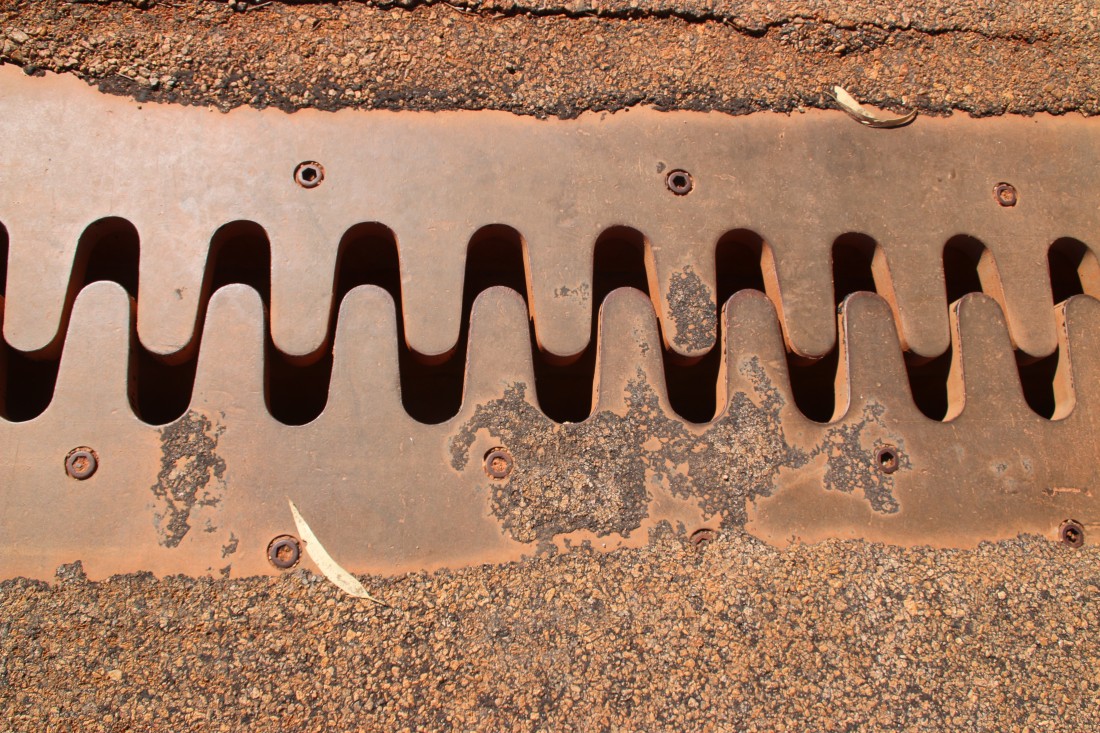 Dales Gorge is the dream of any landscape gardener: 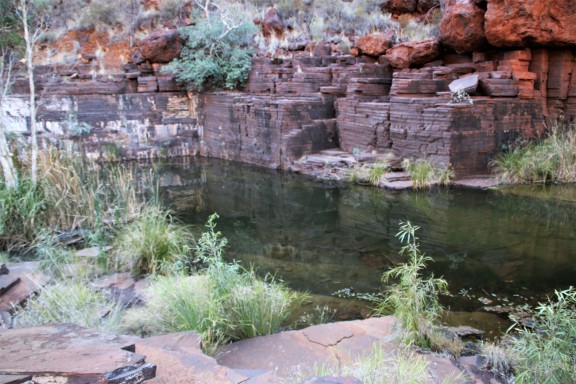 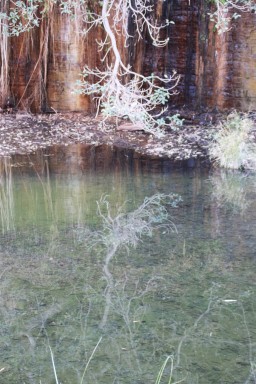 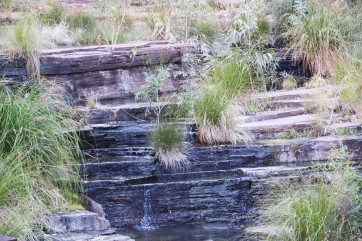 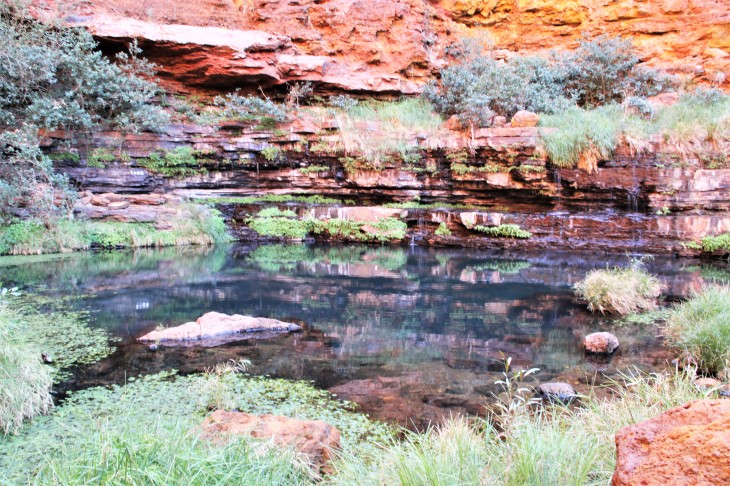 It is quite a good idea not to suck on the blue asbestos (the infamous Wittenoom is nearby):

At one point we were at the foot of the Dales Gorge falls, then later, higher; then somewhat later, close to beer time, much higher. The first mouthful felt well deserved.

The other gorges are equally georgeous. 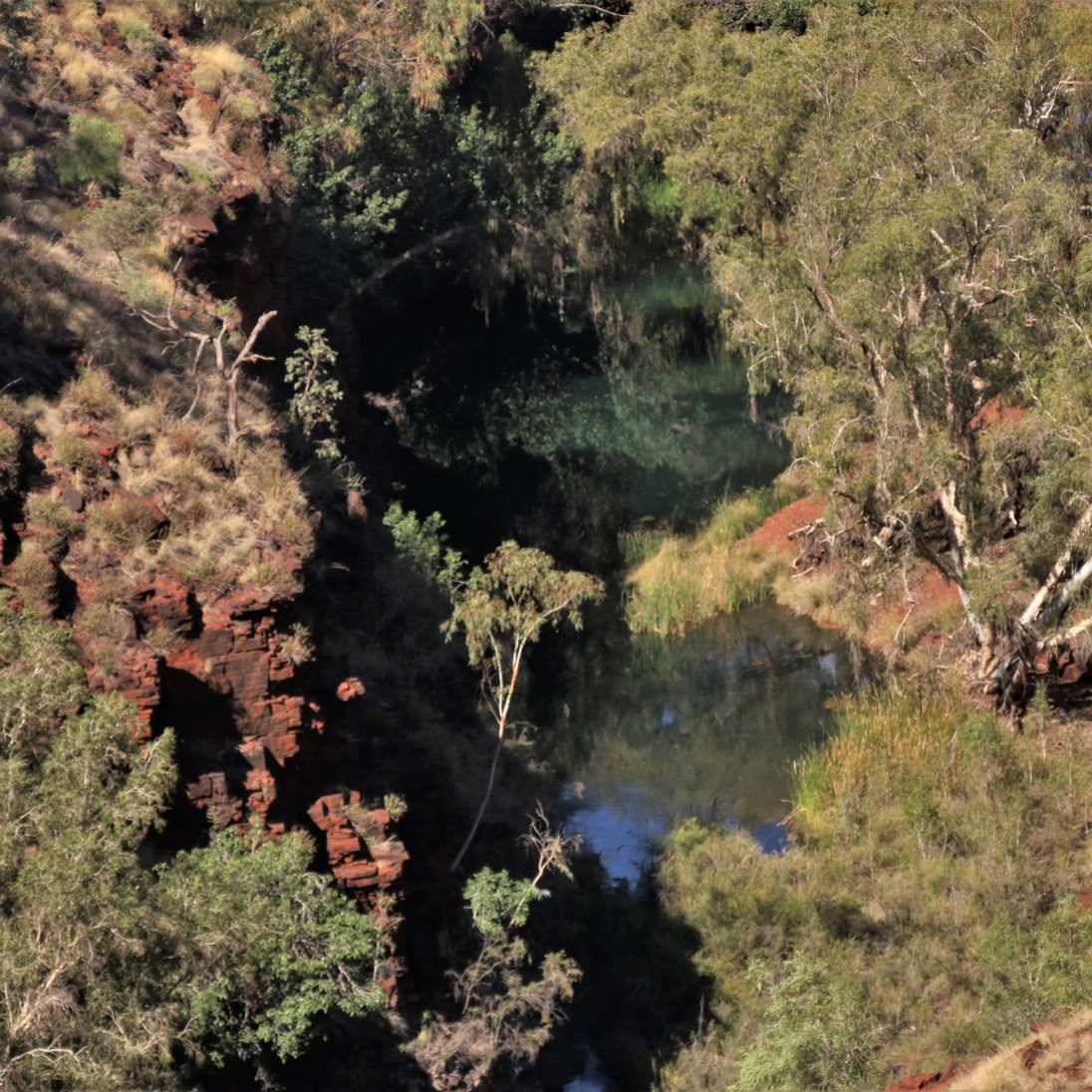 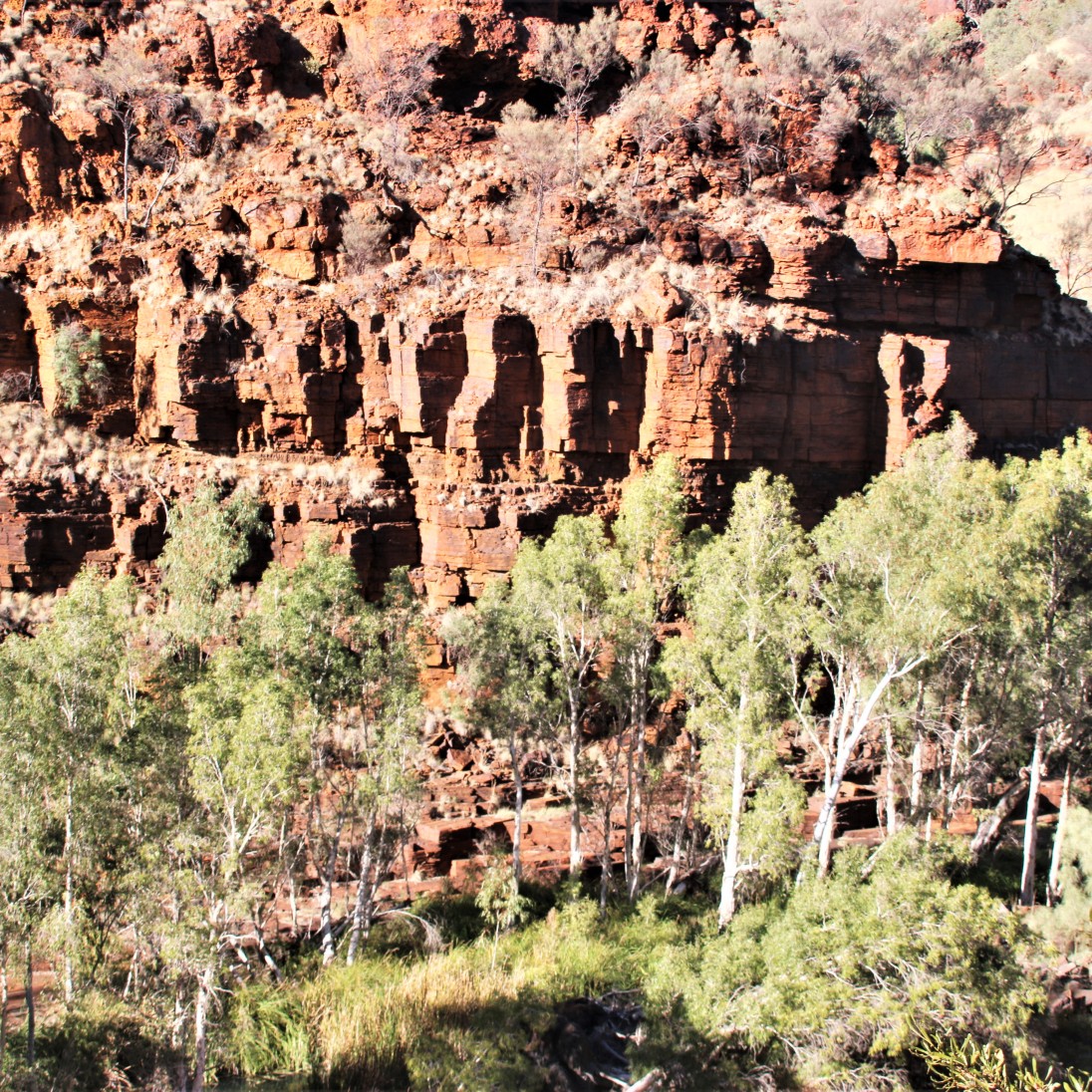 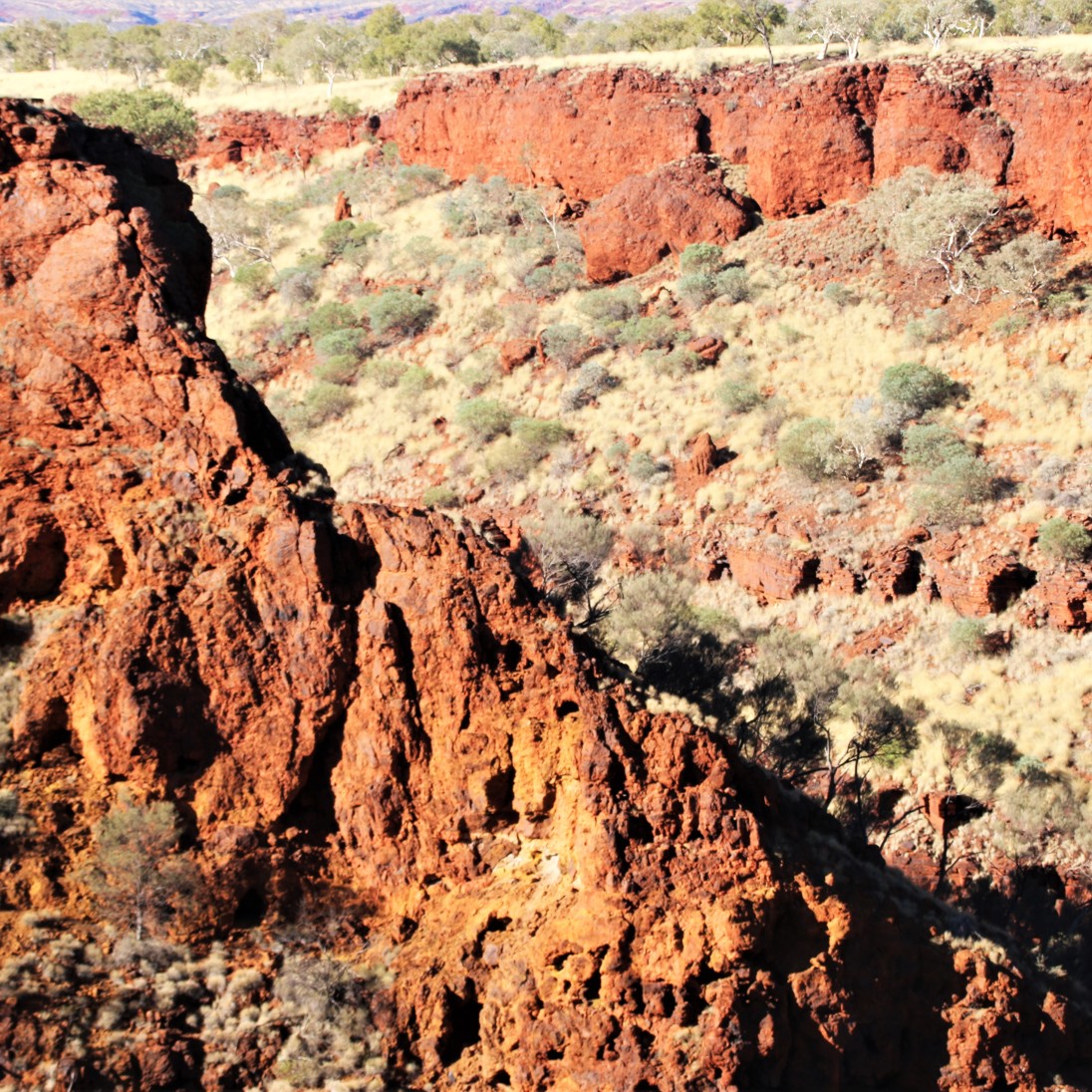 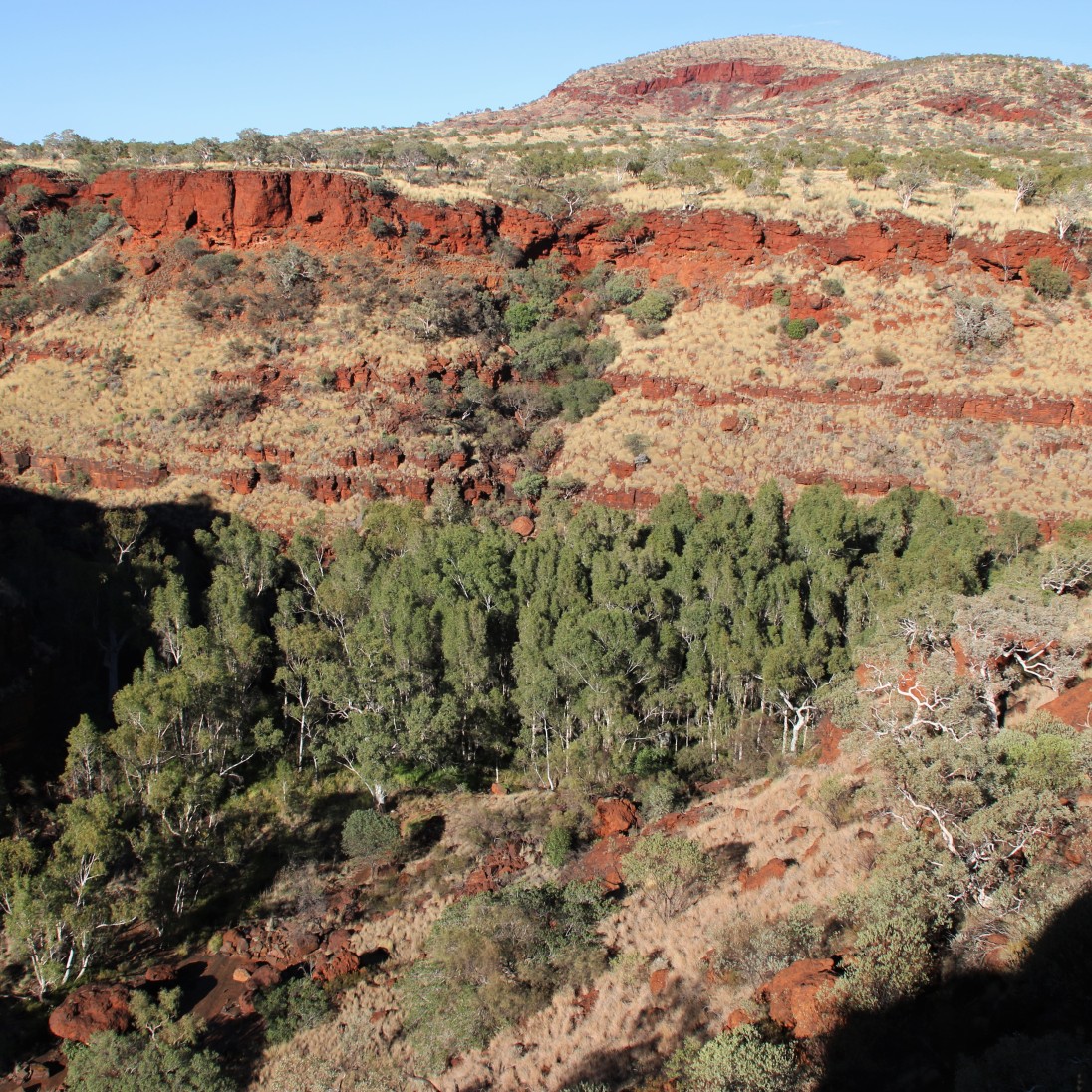 And of course there was plenty of wildlife, such as this lizard I nearly stepped on:

And going through the photos, three not seen before birds of which I didn’t realise I had photos, namely:

Then the Yellow-tinted Honeyeater: 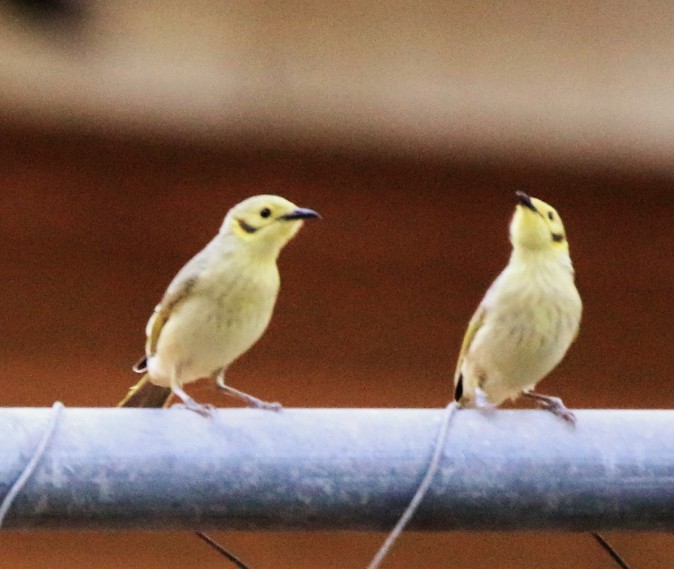 And the Western Bowerbird:

We came across a Wedgie feeding on a kangaroo carcass. They, the wedgies not the kangaroos, have quite inflexible talons, so they take time to extricate them from the carcass. Magnificent in the air, but not so attractive on the ground, methinks. 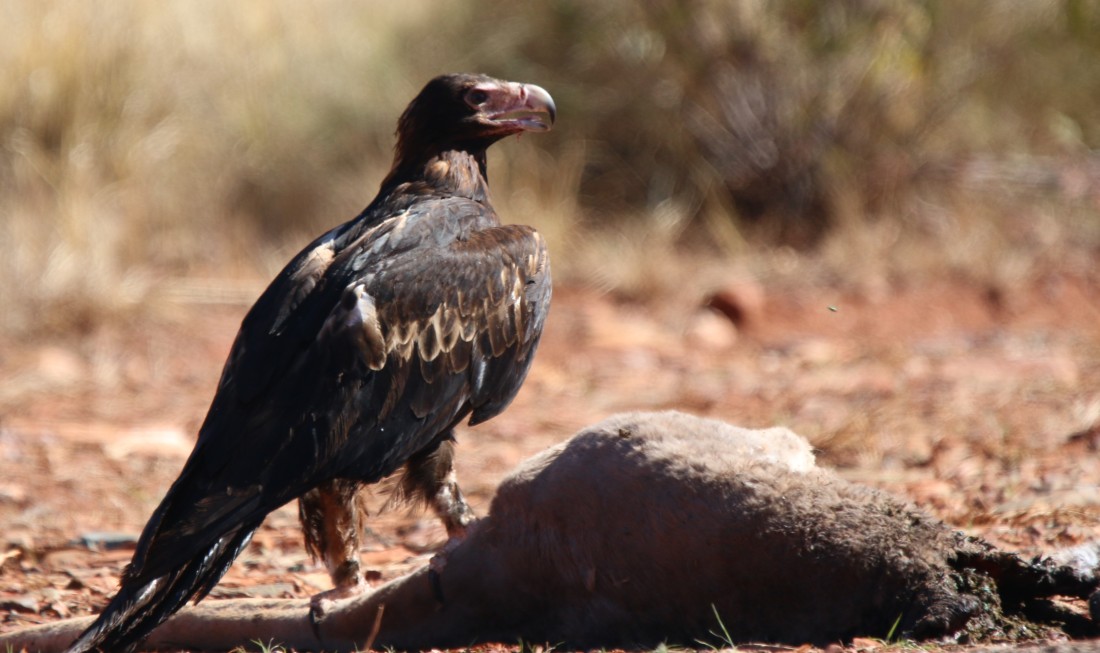 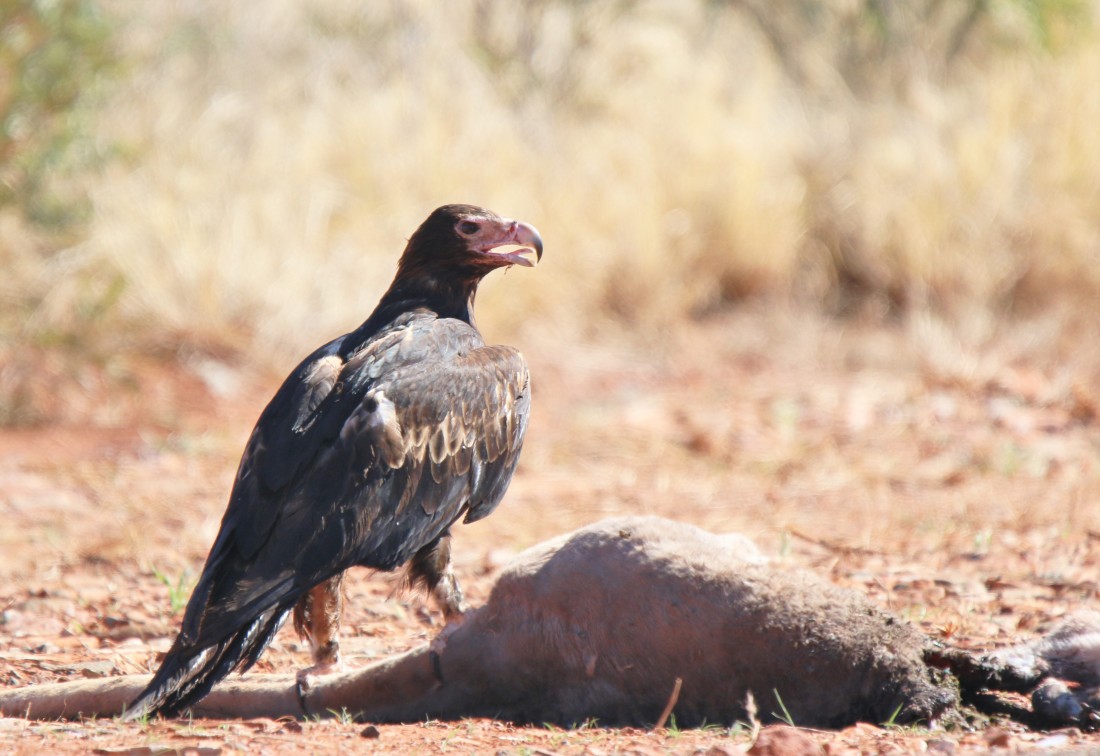 This Sacred (Australian) Ibis seemed to be posing for the shot: 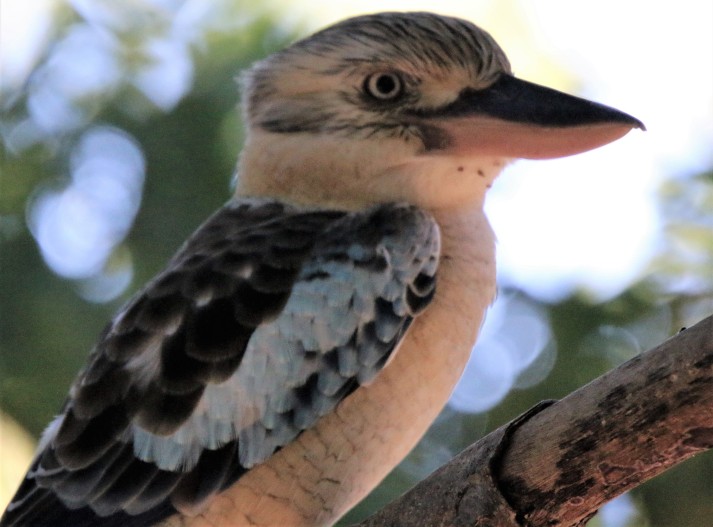 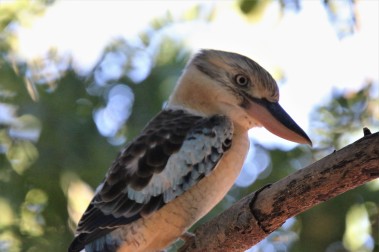 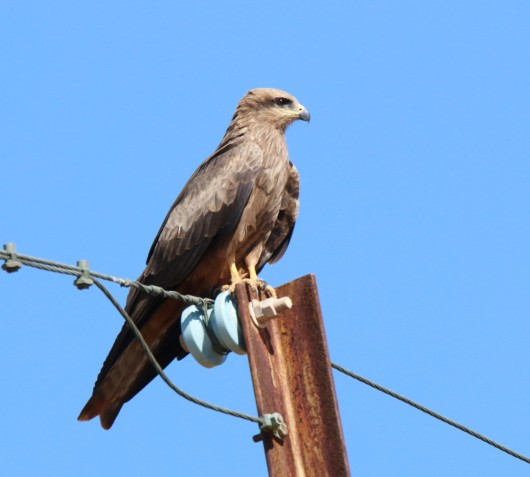 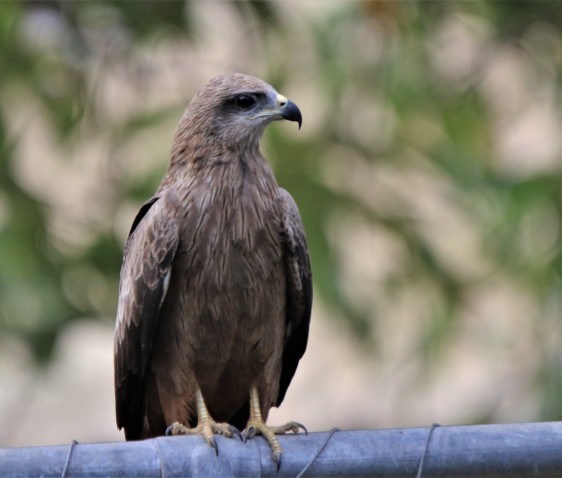 Amongst the hardest birds to even see are the Red-winged Parrots, which really blend in with the vegetation (this is a juvenile): 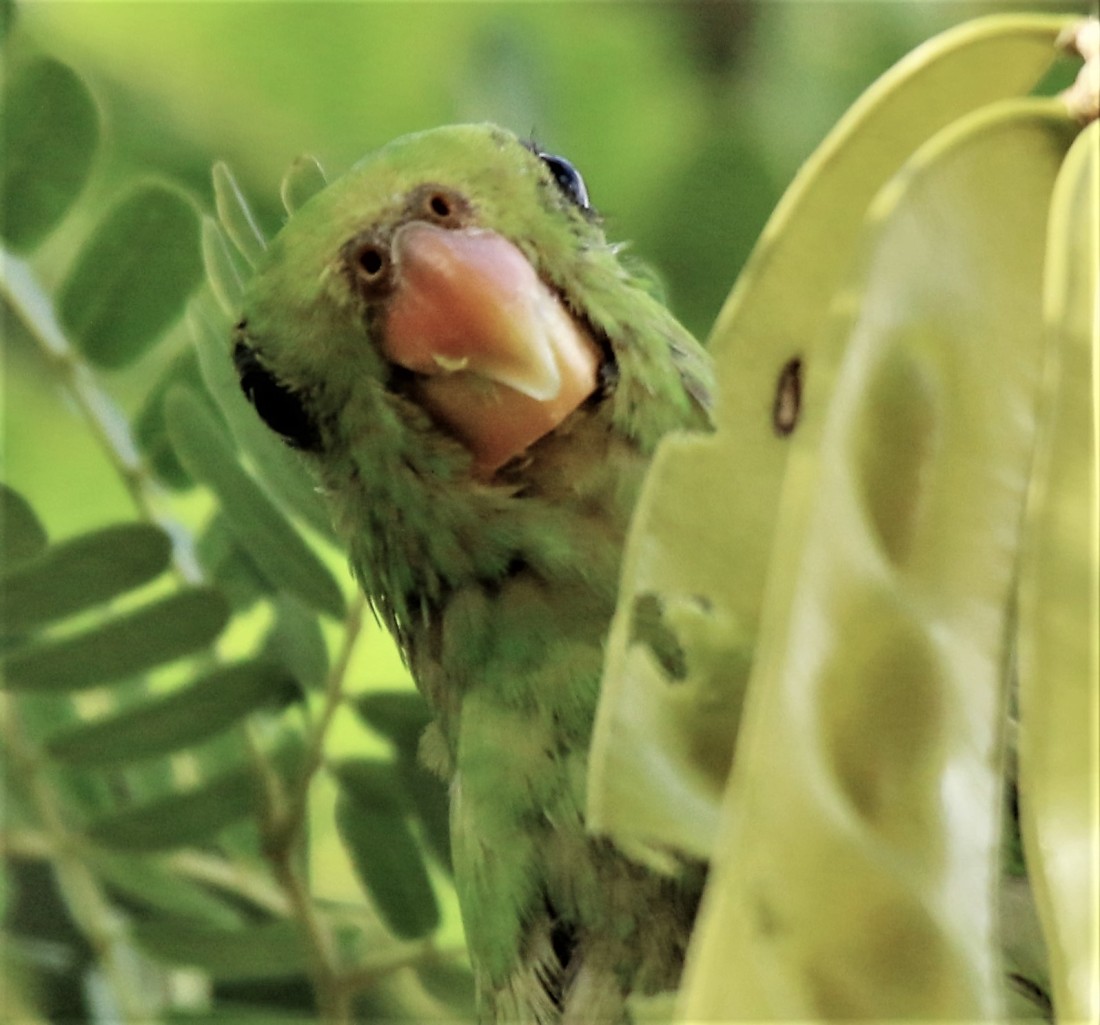 An indication of the environment is this Little Corella, painted pink by the thousands of millions years’ old dust:

A stunning area, but just one small part of astonishing landscapes in the north-west of Australia.