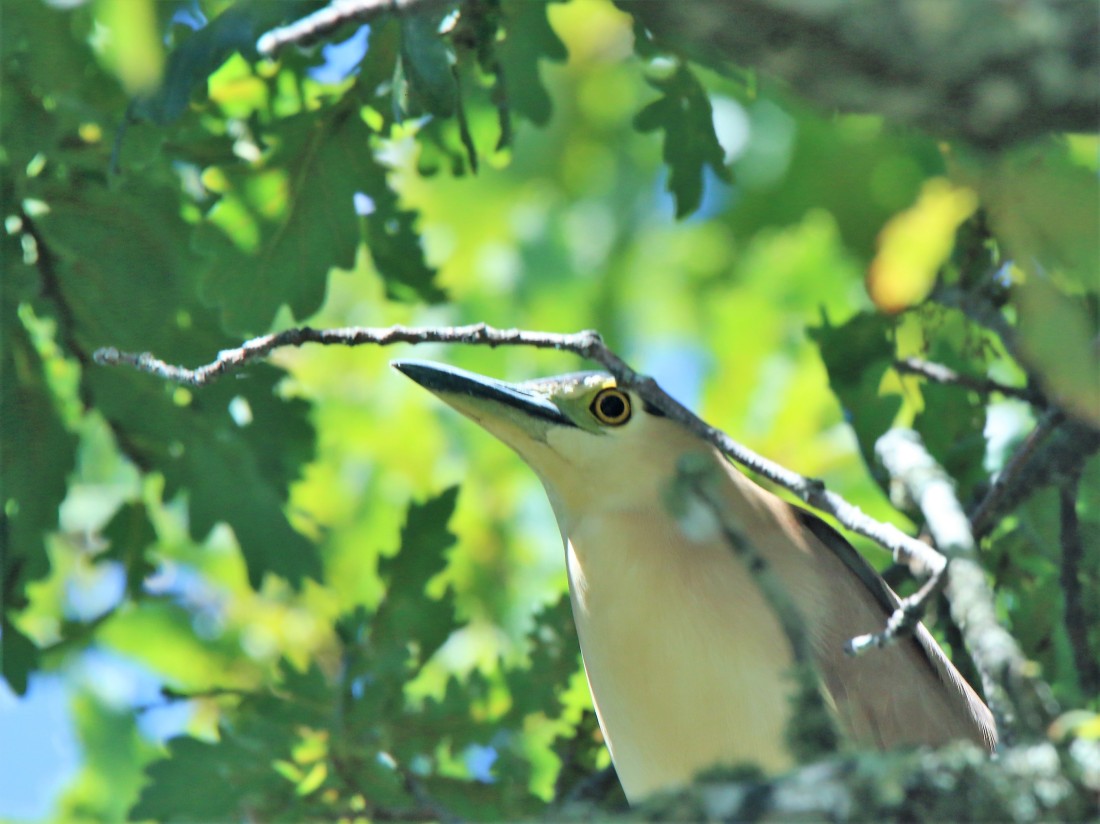 What an extraordinary region. The Grampians are a range of sedimentary uplifts some  300m high. One can only imagine the forces at play.

Firstly though, being settled by Launcestonians, Mechanics Institutes were a precursor to civilisation (Byaduk and Macarthur):

This is the Grampians from my accommodation: 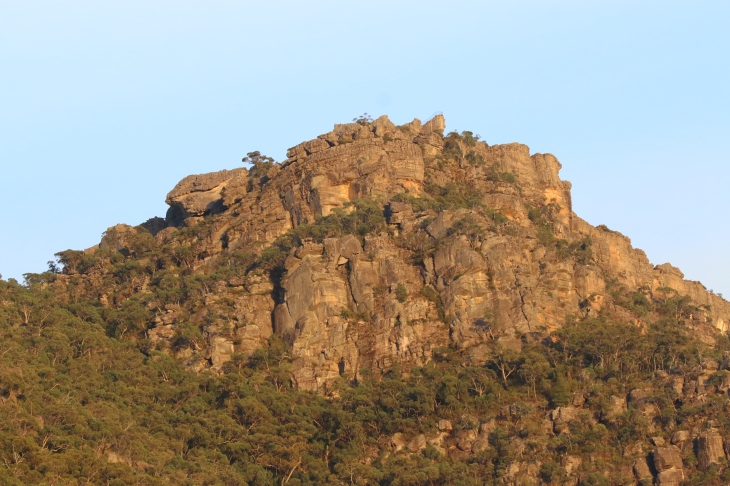 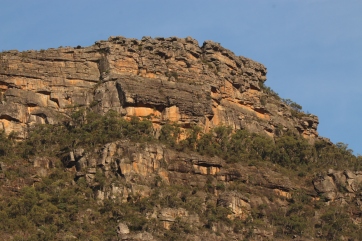 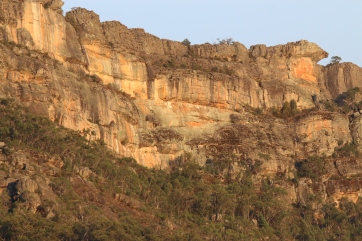 Halls Gap is, somewhat surprisingly, a gap in the Grampians Ranges. It is well seen from this lookout on the Mount Victory/North Grampians road; 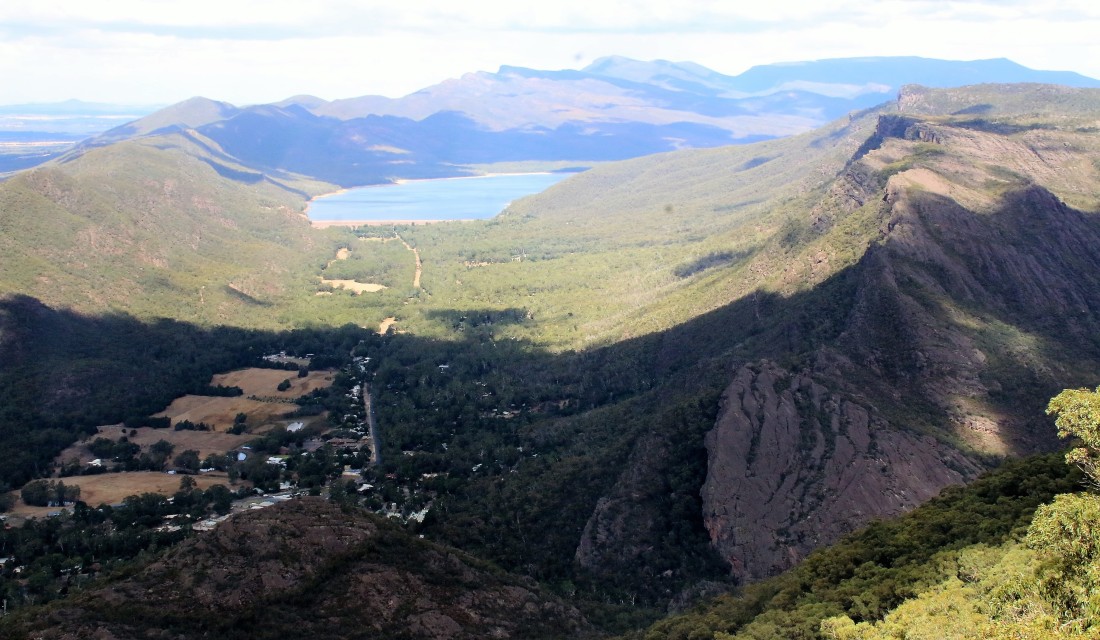 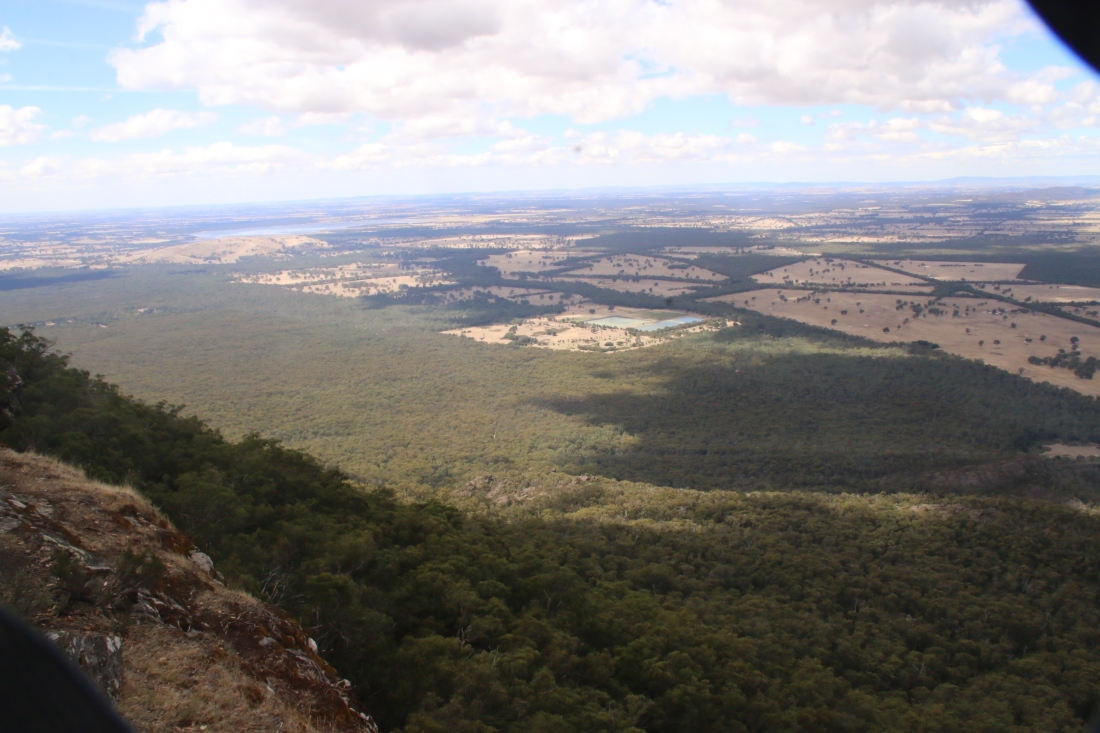 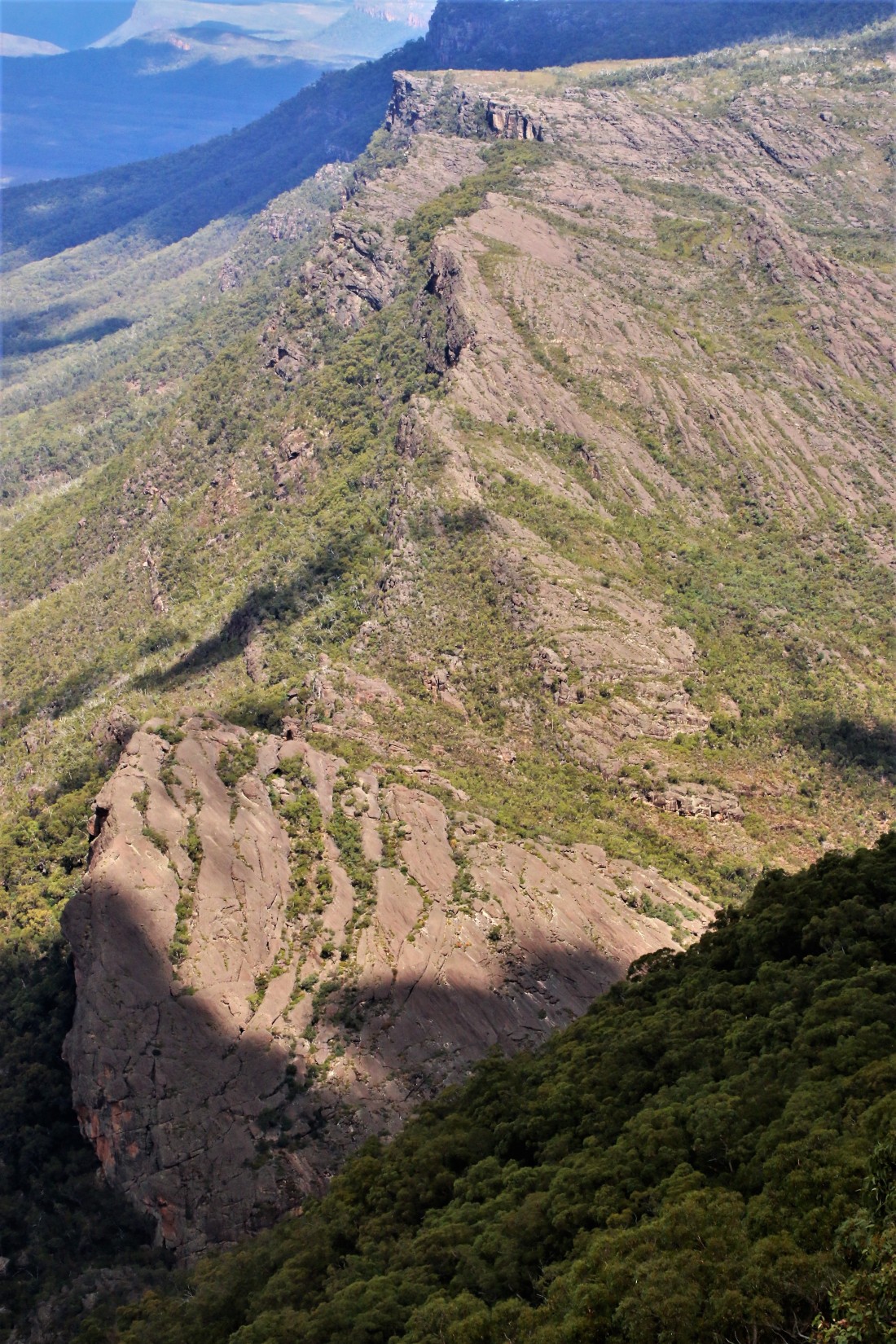 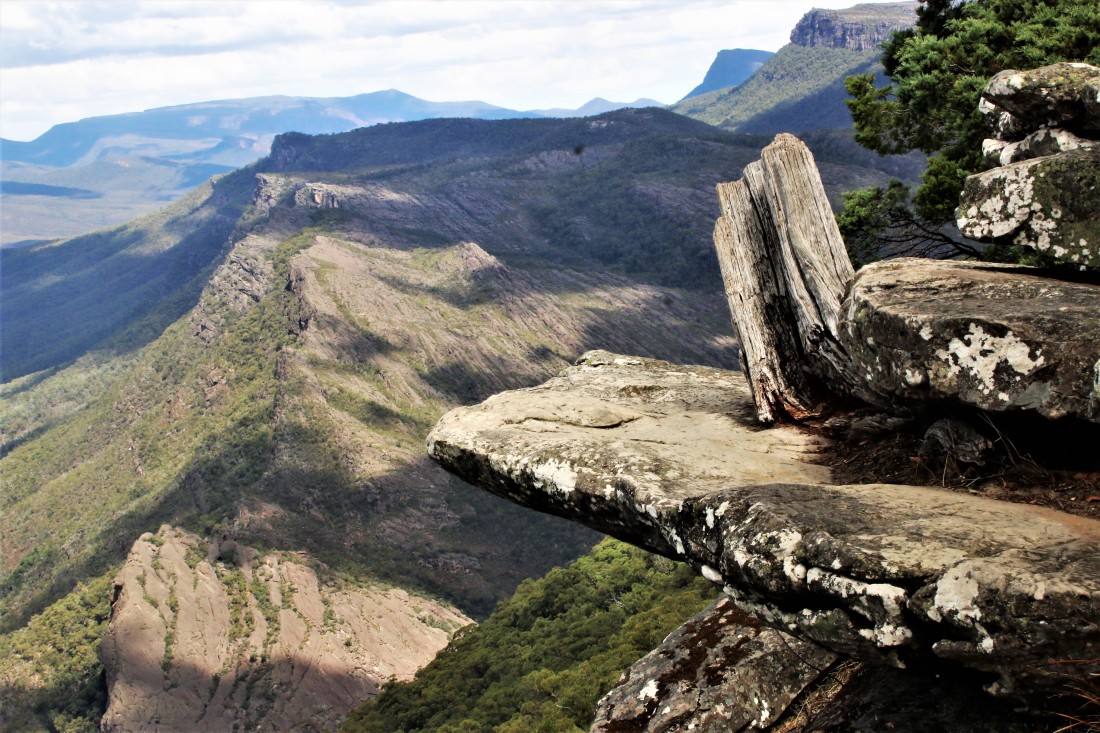 Mackenzie Falls are, well deservedly, a highlight of this area. 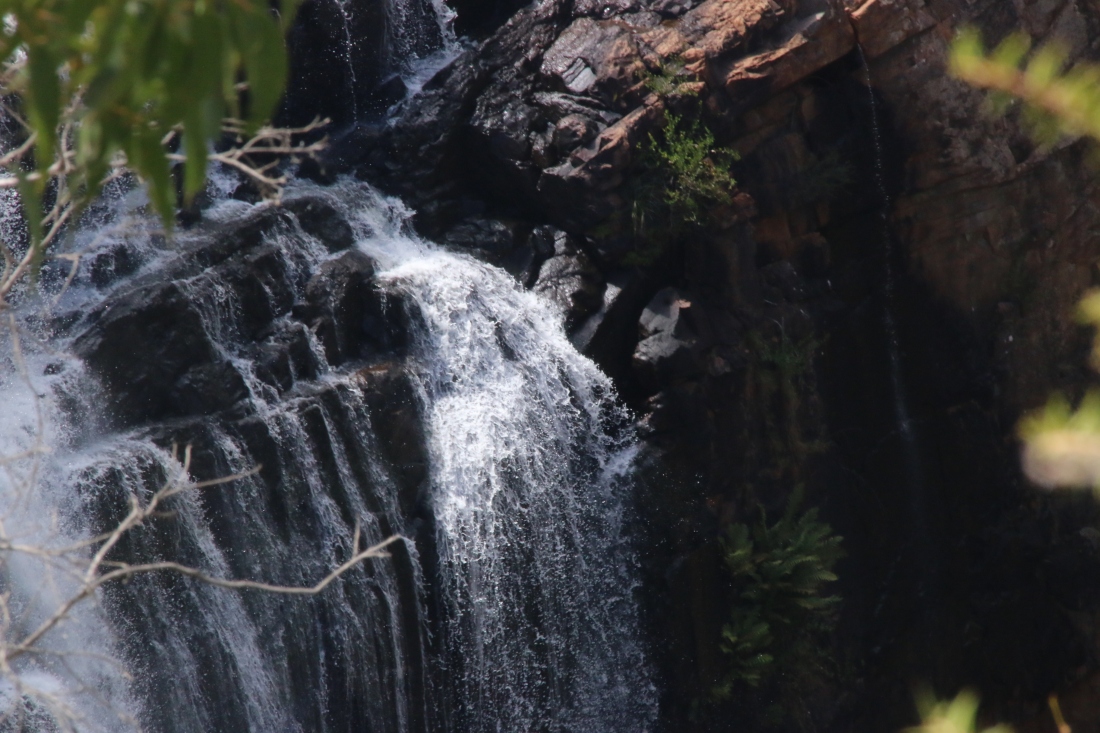 Along the many walks there were lots of birds to be seen, the highlight seeming to be the male and female Scarlet Robin:

But I was lucky to bump several times into Paul and Laura, and under a single oak tree near the Warnook Weir, Laura showed Sherlock Holmes observation powers to look up to see what had pooped down. I was again lucky to be summoned to identify the strange birds.

At first there seemed to be two Nankeen Night Herons, my favourite bird. Later we found there were in fact three, one breeding male and two others. Perhaps my most amazing bird findings ever. I can’t possibly choose the best photos so this is a selection 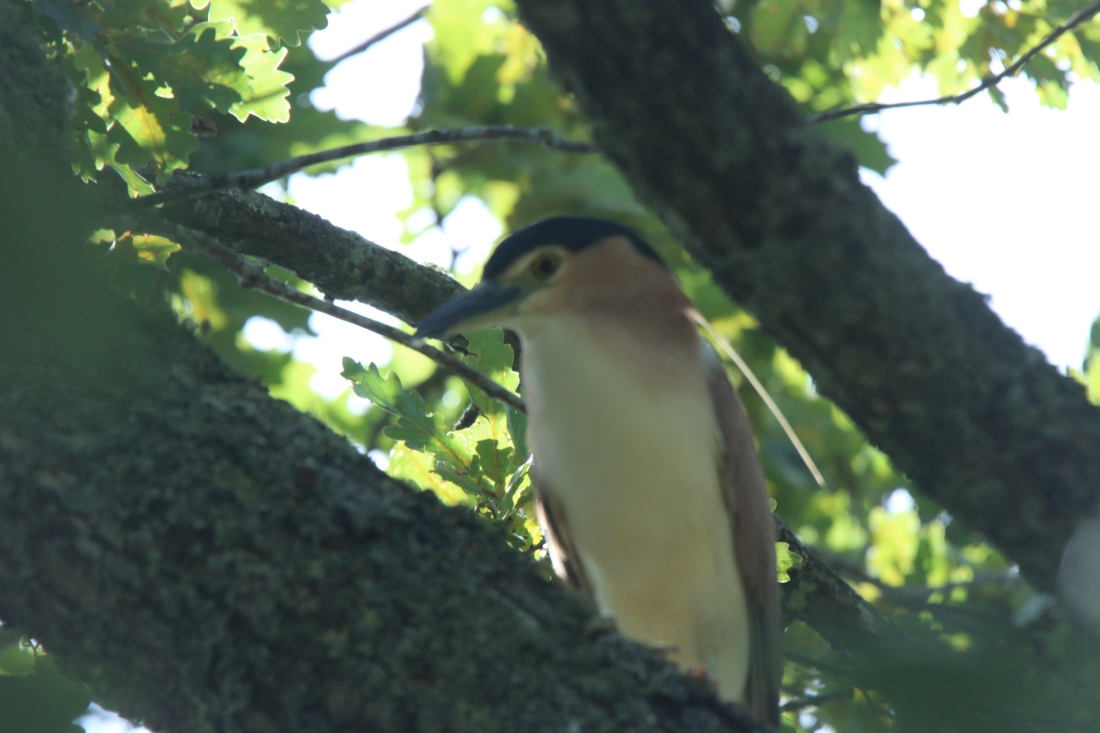 The last photo is of the breeding male with the show-tell  feather spur from the back of the neck.

Many of the usual suspects graced the shallows, including this Great Egret pair.

The Grampians are certainly extraordinary. 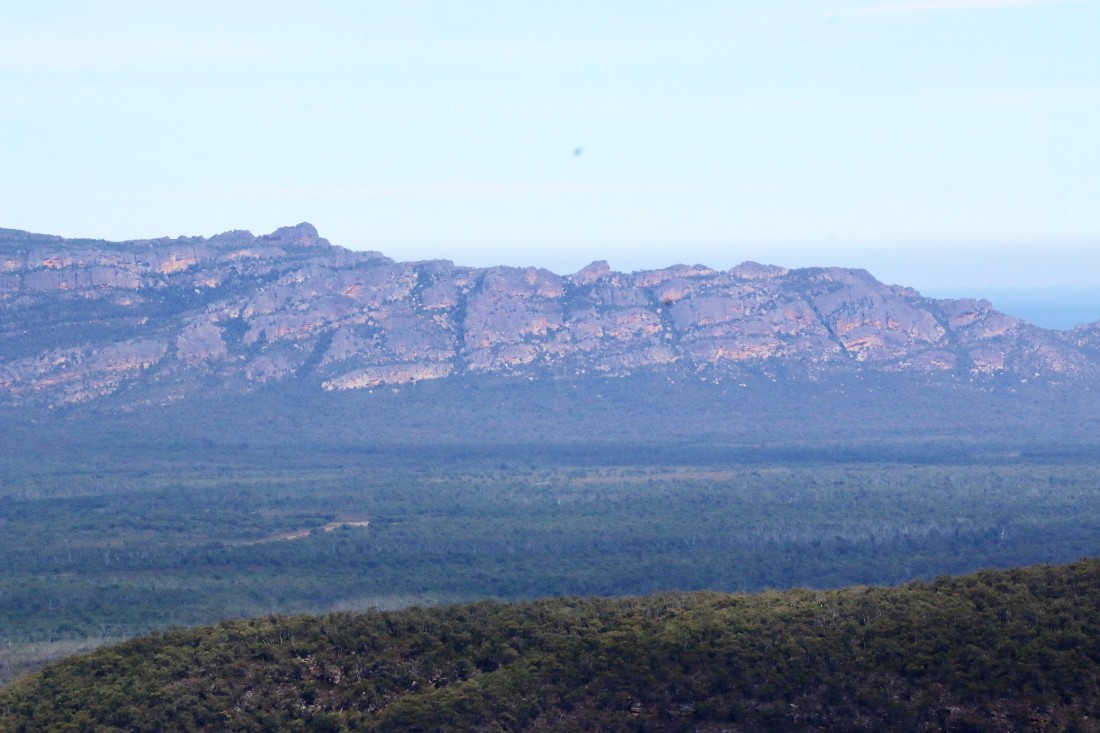 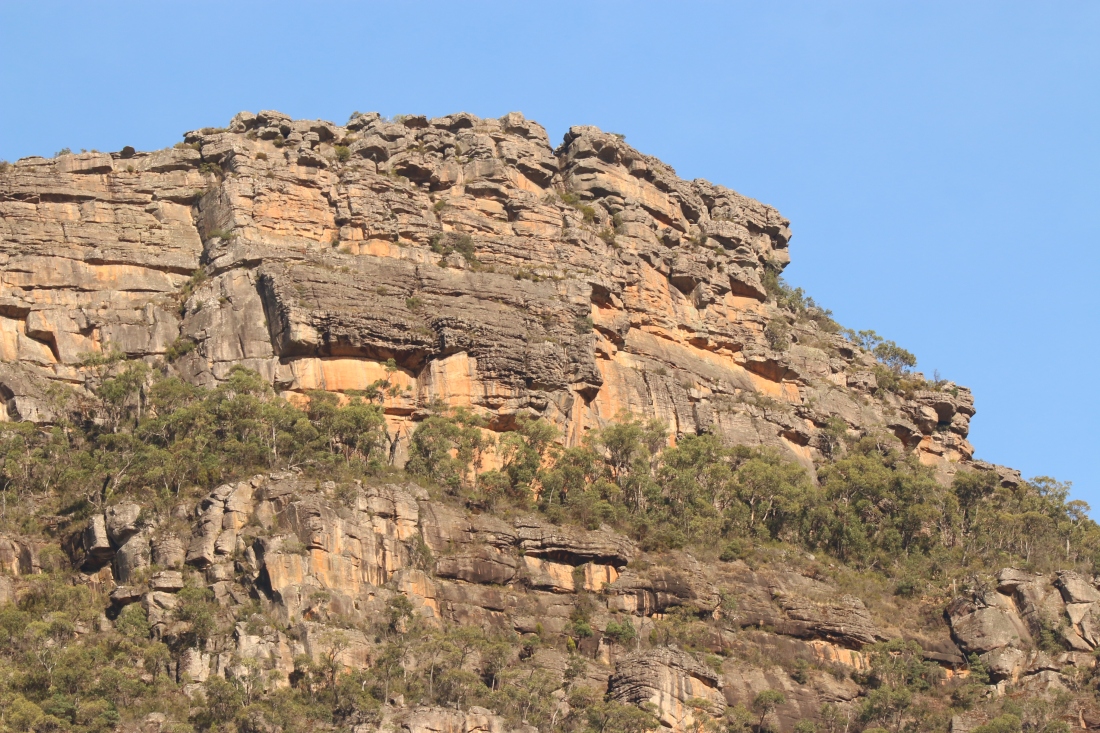 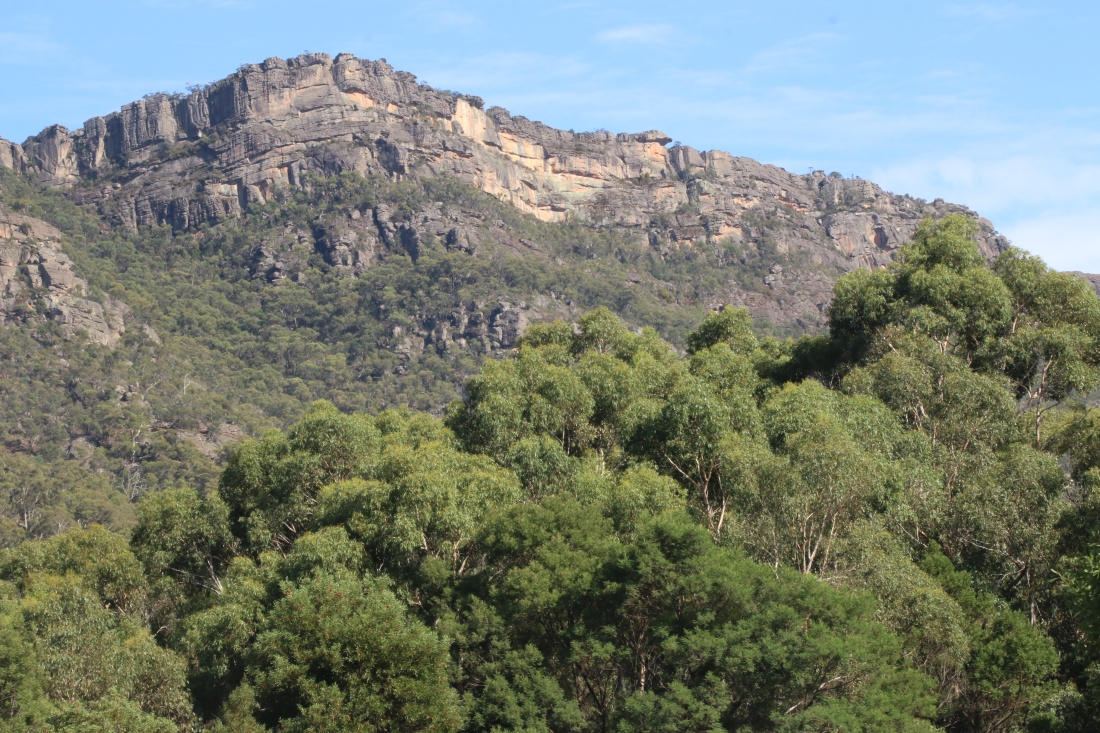 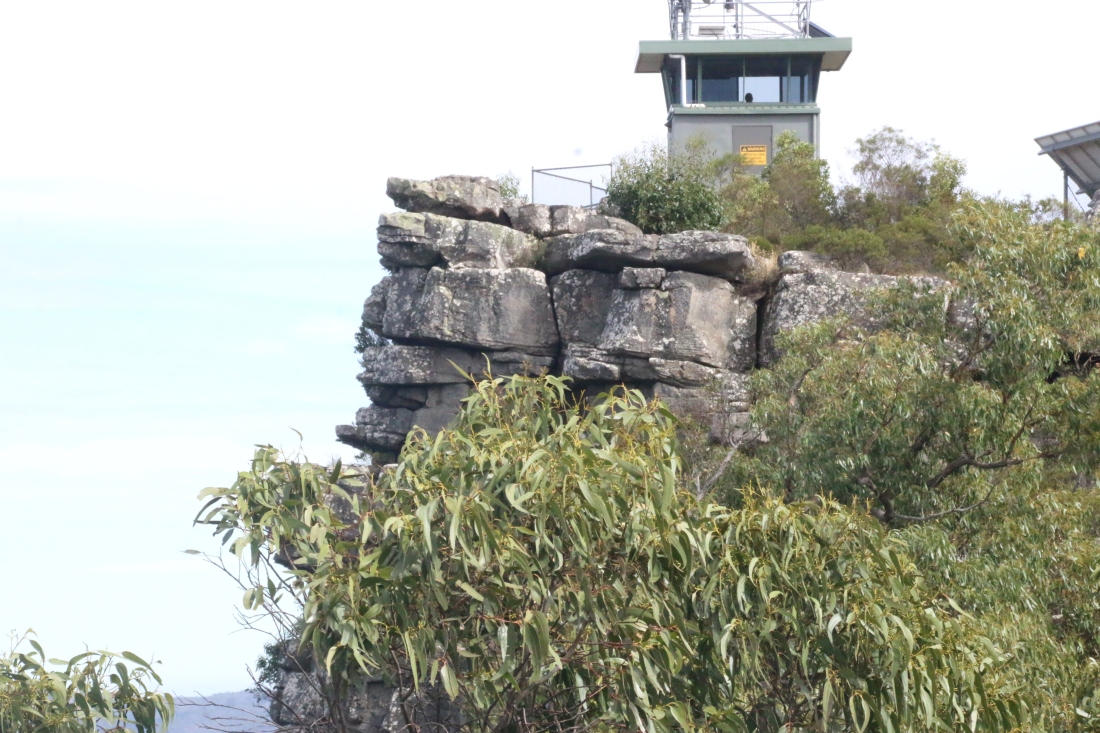 And the guests on the lawns at the excellent Halls Gap Valley Lodges included superb fairy wrens (including males losing their breeding blue) rabbits, emus, kangaroos, white browed scrubwrens, white browed babblers (my first sighting), crimson and eastern rosellas, kookaburras and many assertive sulphur-crested cockatoos. The white-browed babblers (my first sighting) are at the end. 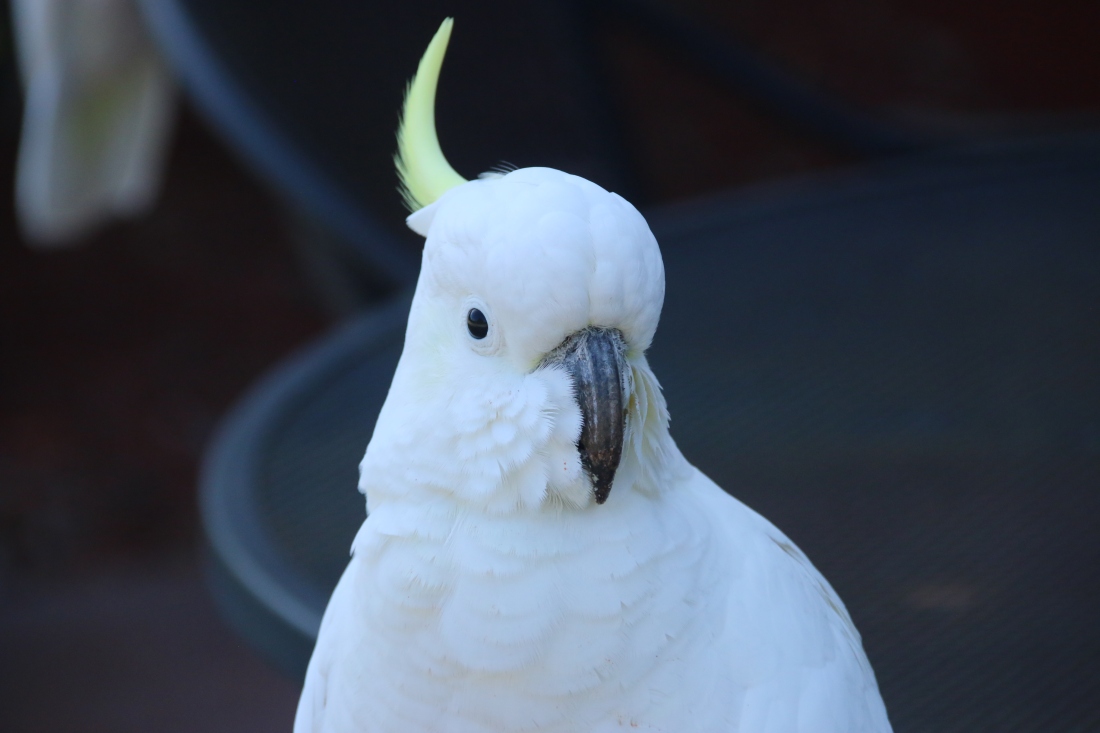 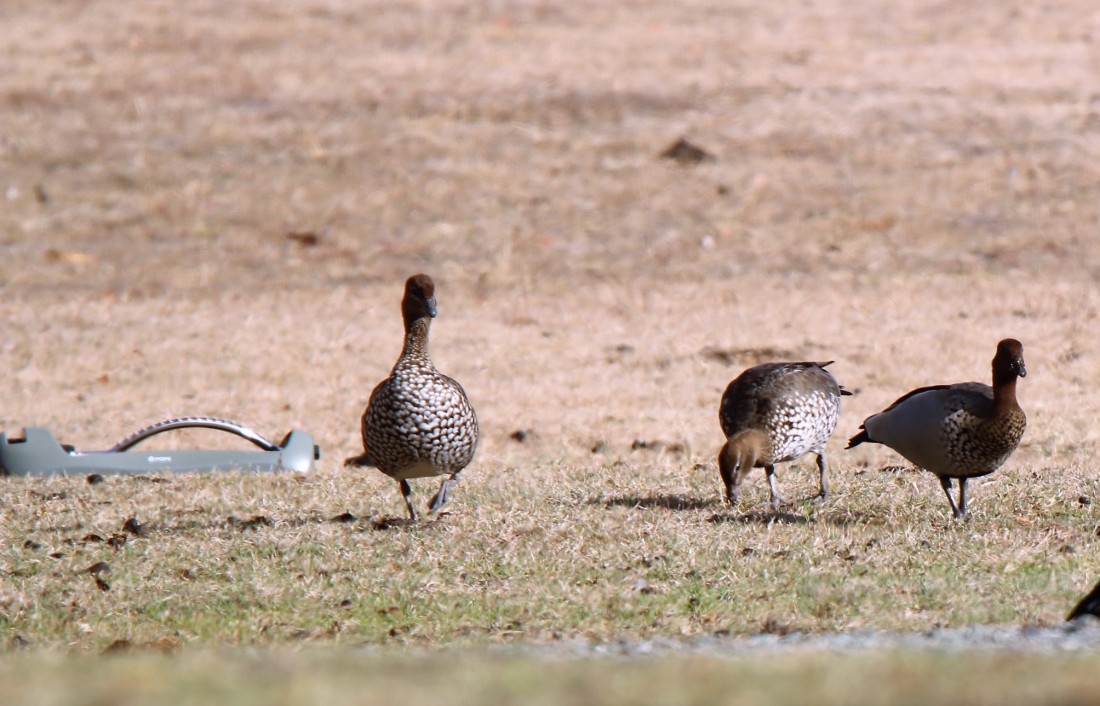 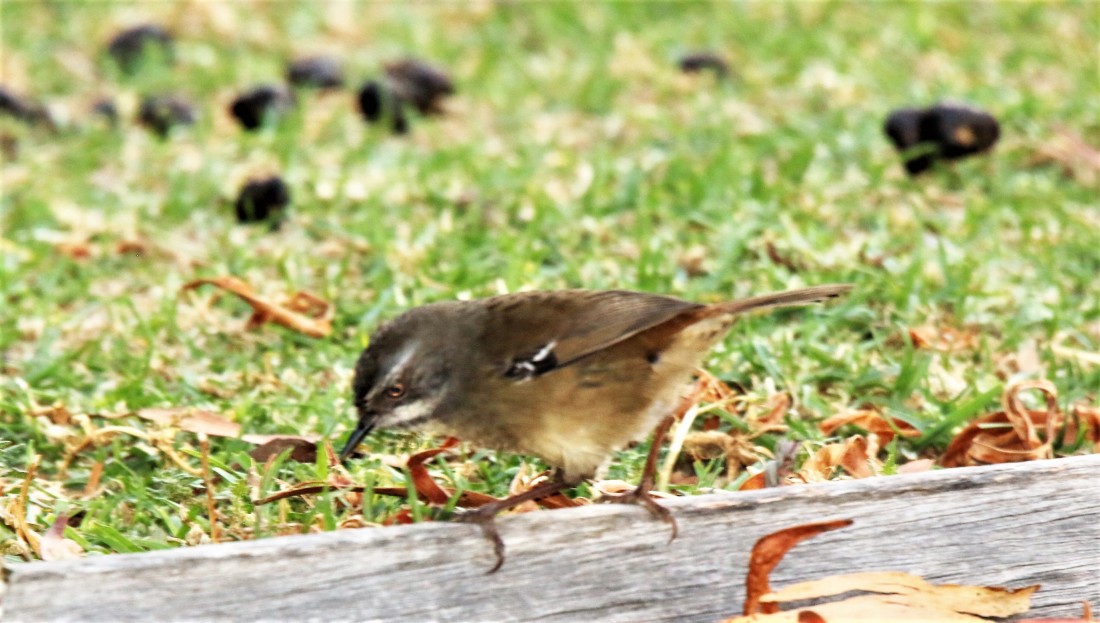 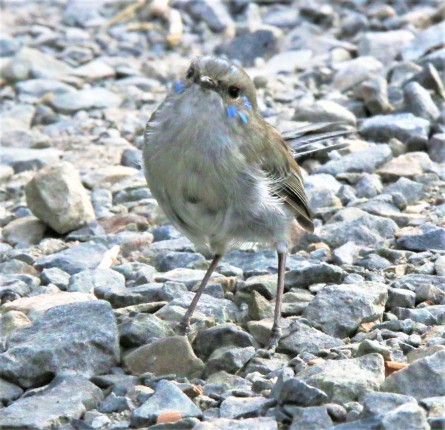 The swing got lots of attention from this ‘roo. To borrow from Austentashus: “You can garoo, you can!”