Belair National Park is South Australia’s oldest, and a diverse mix of native and introduced flora, as well as cultivated and wild bush picnic spots. The lake is largely man made. Old Government House, built as a winter residence in the 1870s, is well preserved on the grounds. It seems it was a considered decision to retain the mixture of native and exotic because that is what it is.  There are 39 tennis courts, several cricket pitches and many trails.

The lake seems well used by the fauna – below are broad-shelled river turtles, an eastern rosella, a pacific black duck and aadult male non-breeding chestnut teal.

Back in the garden where I am staying, a pair of bar-shouldered doves are very busy building a nest.

The next day, Saturday, as the temperature rapidly rose to the predicted 41, we had a lovely swim at Glenelg Beach followed by breakfast at the Broadway Kiosk.

Slightly disappointing, and perhaps should be a winter walk when there is more water, were the Onkaparinga Wetlands, with plenty of land but little of the wet bit.  Still they have sensitively enhanced the wetlands  by building a viaduct and train line over the top.

The Port Noarulunga jetty seemed even longer than that in Glenelg, and extended out to an extensive rock ledge. 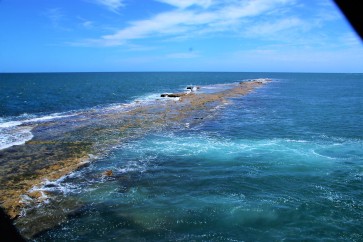 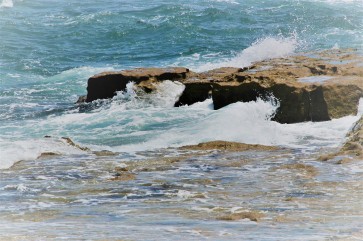 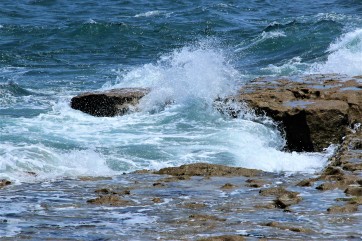 Today is end of Adelaide. Head back tomorrow.