This is an update having been back again, and had two first sightings.

Have been walking around the again wettish Jerrabomberra Wetlands.

As there has been in my own Canberra garden, there is some unusual activity. At home, there have been large numbers of rainbow lorikeets, which is unique in my lengthy experience here, as well as huge flocks of Sulphur-crested Cockatoos – I have over the last fortnight regularly counted over 50 –  and also Pied Currawongs – flocks up to 10. A flock of 7 White-winged Chough flew over skimming the roof line a few days ago, the first time I have ever seen them at my place, although I have, but only rarely, seen them in the pine rich suburbs.  To add to the din, most unusually there have been 4 or 5 Yellow-Tailed Black-Cockatoos frequenting this area, and unusually large numbers of Galahs – I guess they relate well to a fellow galah (overseas readers note: A galah in Australia is a name for a very silly person). Worringly, I have not seen more than 3 or 4 Indian Myna here for some years, but a few days ago saw over 20 all together in the corner of the garden. They dispersed and things seemed to have dropped back to normal number.

The horrendous damage to the littoral and range forests in the summer bushfires is probably the reason there are so many birds up here.

At the wetlands, there is water visible again after the terrible drought. However the heavy late summer rains has seen enthusiastic growth from the rushes so very little of the water is actually visible.

I have not seen Black-faced Woodswallows there before. They are cute the way they cuddle up even during the day. 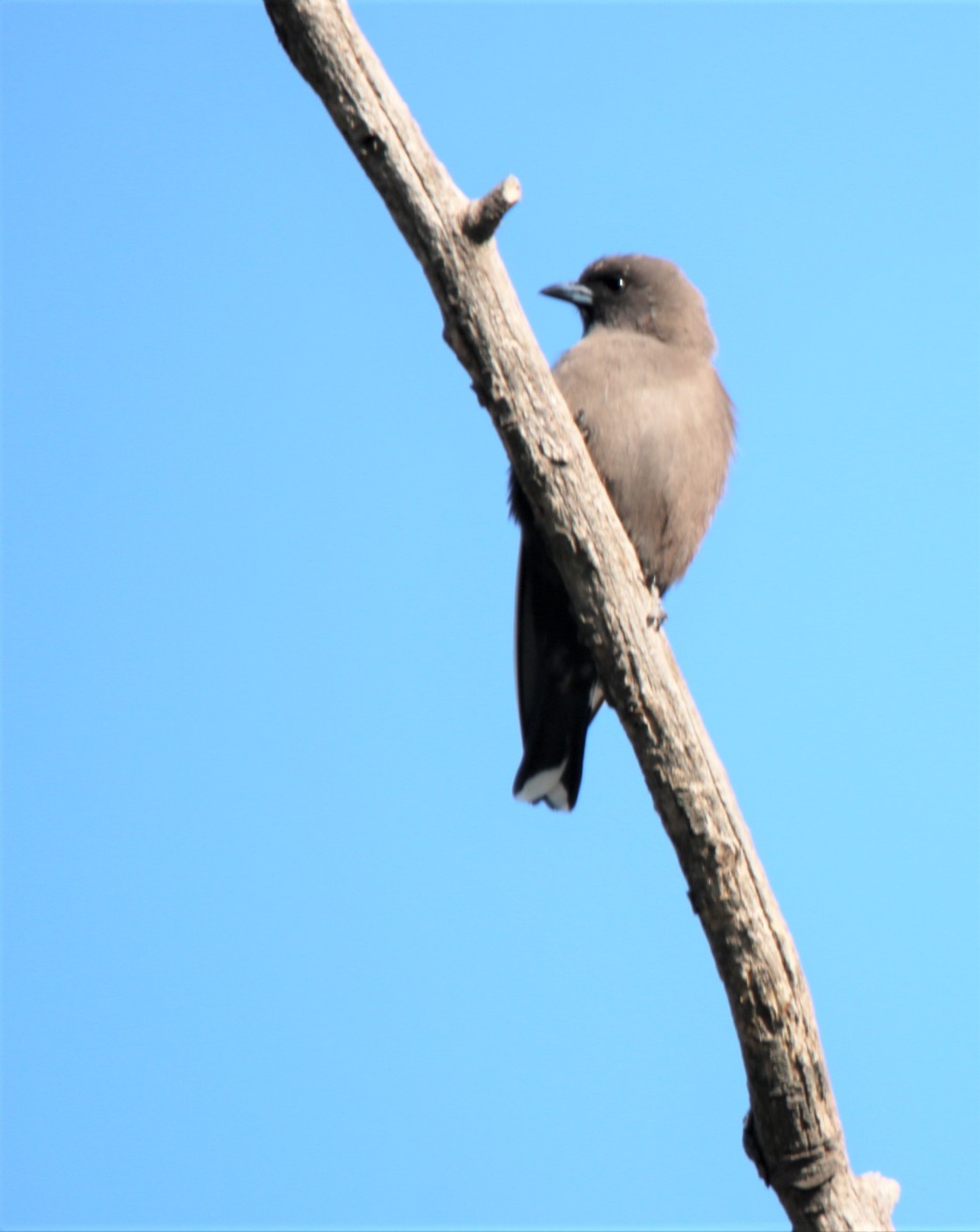 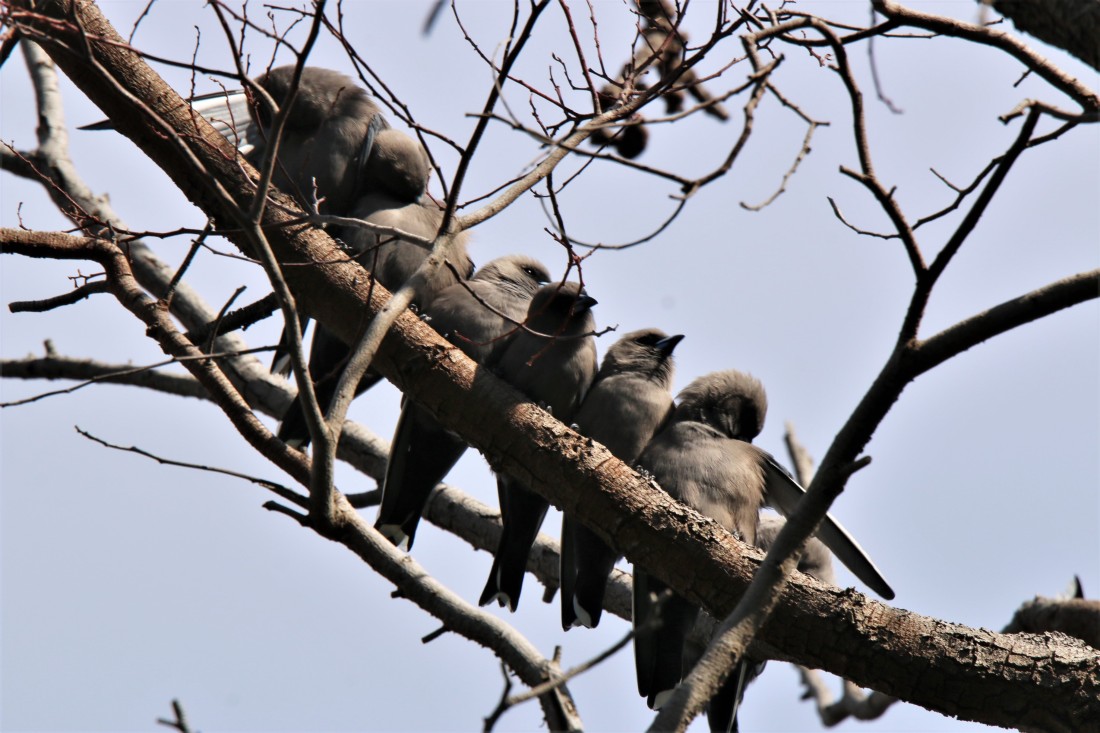 Black-faced Cuckoo-Shrikes were frolicking high up in the trees:

Another bird I have often seen flying in the tall casuarinas near the wetlands, but not right in at ground level, is the Yellow-Tailed Black-Cockatoo. This family ,at least, is very scatty, although you wouldn’t think they could hear themselves think over the racket they make (the kiddies seeking food are even more uproarious), let alone hear my delicate footsteps. 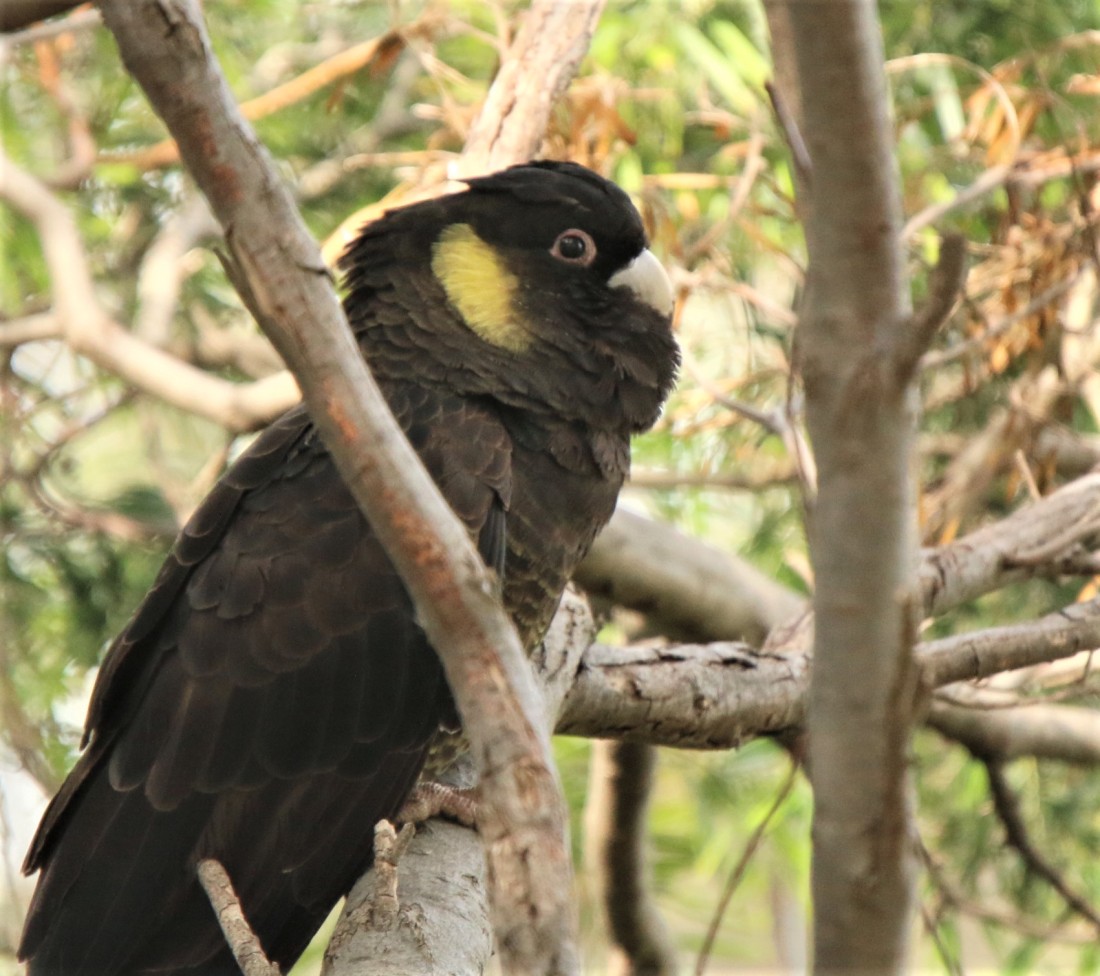 More commonly, Red-Rumped Parrots love this area, and there were a few about, as well as large numbers of Superb Fairy-Wren: 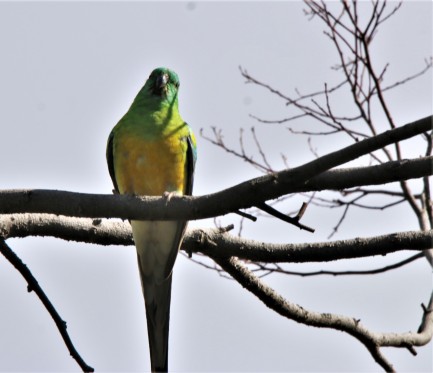 It is nice to be walking about in the beautiful Autumn weather. Crisp overnight (well bloody cold actually) but lovely in the sun.

Again lovely in the sun today, with some of the usual suspects, such as the White-necked Heron (which really should be called a white-necked Egret): 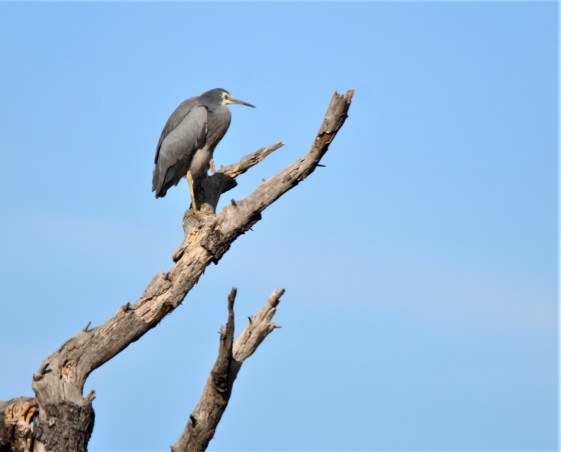 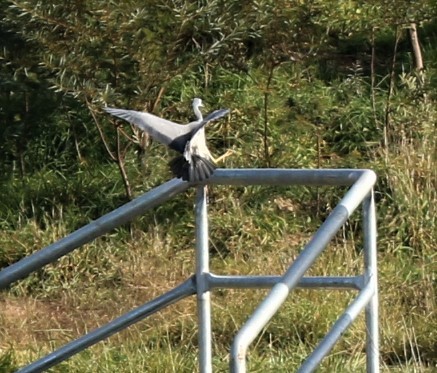 I am pretty sure this was a very hard to spot Little Grassbird. It was in the right area. If so it would be my first sighting here, although I did get a much better photo of one at Point Cook in mid-south Victoria.

The highlight though was my first sighting of a Golden-headed Cisticola (pronounced with the emphasis on the second syllable):

2 thoughts on “Getting back to the Wetlands – An Update”