Sitting in the sun, doing my daily birdcount, it occurred to me that the lawn seed, which I had put down yesterday on the two hours’ effort of a hand weeded square metre, was moving.

I had till this point blamed the many birds in my garden for the removal of significant numbers of lawn seeds. They always looked affronted at the suggestion. Now representatives of the many satin bowerbirds were squawking: “See, we said it wasn’t us!”. (Of course, there is no doubt birds are amongst the culprits.)

It was small black ants, moving mainly smaller bits of seed, but plenty were moving a whole seed all on their own. To where? Each seed was dragged to the front of one of these two entrances I must have opened up in weeding.  Once there, the no doubt exhausted single ant who had moved the seed over half a metre on its own, was surrounded by fellow ants, handed a beer, and his mates took over to drag the seed into the hole. 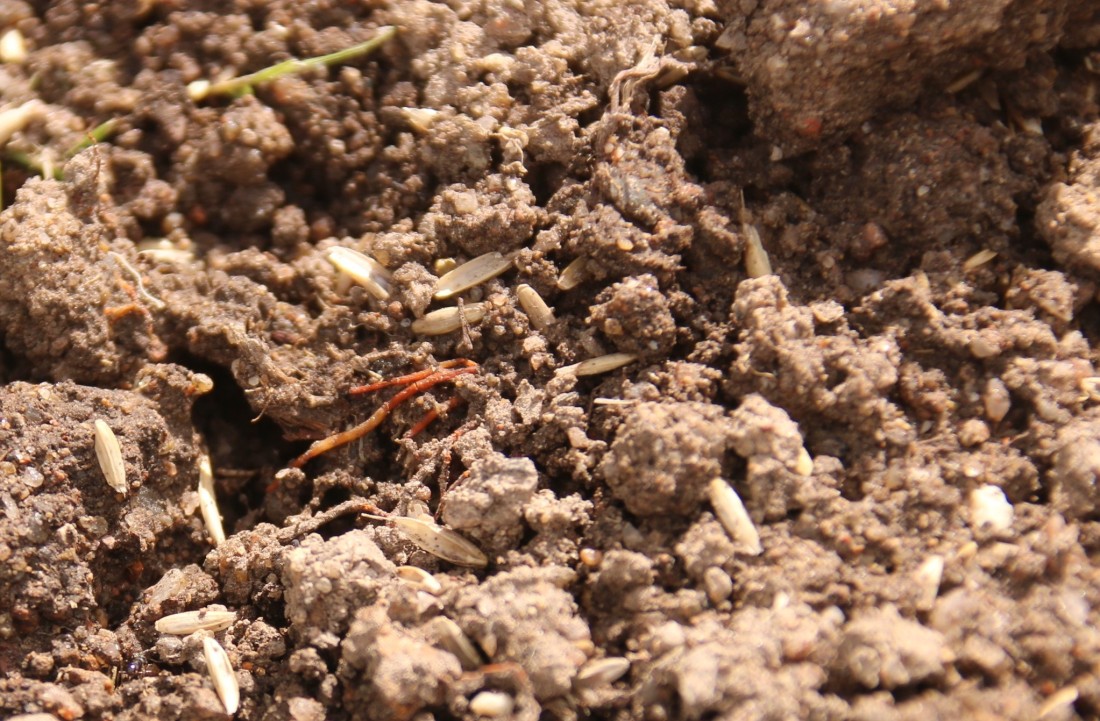 Some of the terrain, having been so carefully weeded yesterday, was open, and dragging a lawn seed grain was just extraordinary. 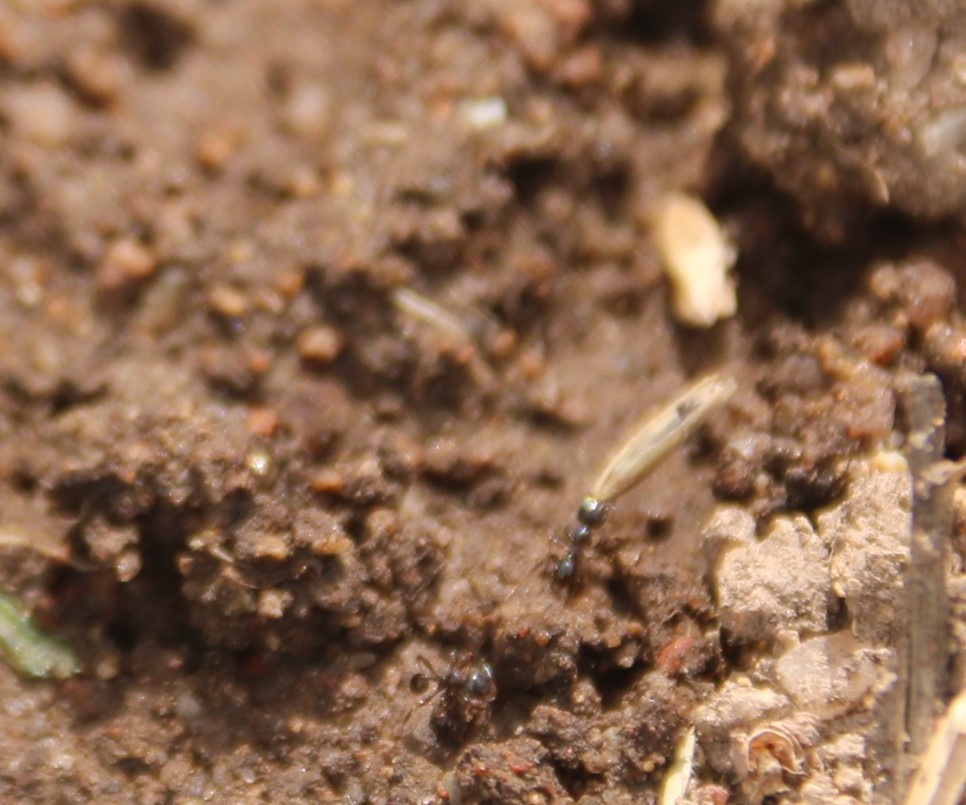 The journey, though, included stretches through grass and weed. The ants manoeuvred the grain back and forward, up and down, and around and around, to negotiate the blockages. Remarkable. 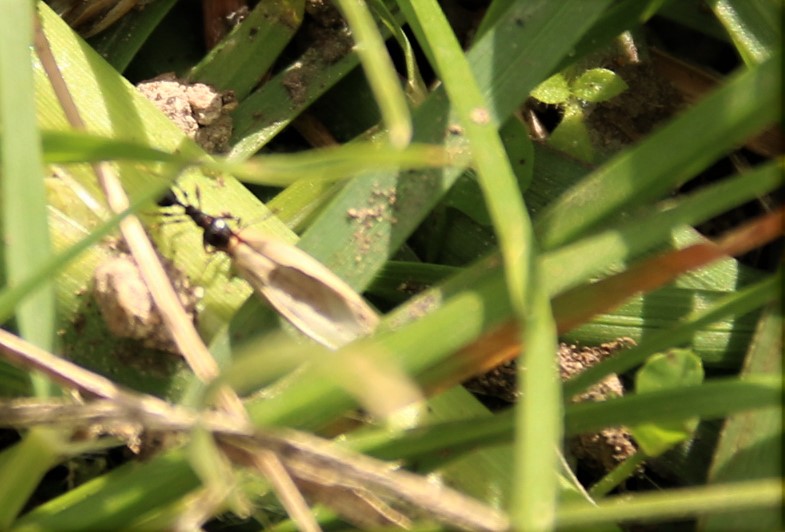 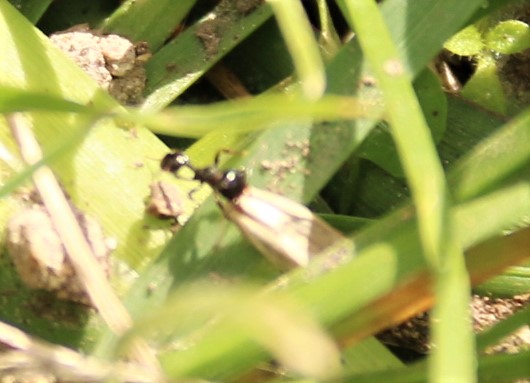 Also interesting is what a lawn seed grain looks like close up.

Fascinating to watch, but they better leave some for me.

One thought on “Moving lawn seeds”