I dropped in to check out John Macarthur’s second farm, at Camden, south west of Liverpool.  Sent home to the mother country for trial for shooting and wounding Lt Col  Patterson in a duel, Macarthur convinced the wise men of England that the worst punishment would be to give him a second massive grant of A1 land, on which he would have to break his back (well his convicts’ backs) establishing and grazing his prize merinos.  He had already had to break his convicts backs getting Elizabeth Farm at Parramatta up and running.

He named many things after his wife, no doubt to compensate for almost never being with her.

He has a surprising connection with my first fleet ancestors, in that Bligh sent his main support ship and marines, the Porpoise, to take my ancestors off Norfolk Island and then to Van Diemen’s Land. Unfortunately for Bligh, Macarthur chose that time to arrest him and to assert Bligh’s incompetence to rule.

The sheep are still Merino descendants, although of course, the merino story is a bit mythical because the spanish stock really saved the Australian sheep story.

Still, this is probably the most important collection of farm buildings in Australia. Certainly great farming land running down to the Nepean.

This is the westerly one, the one in which on a rare visit, Macarthur died. 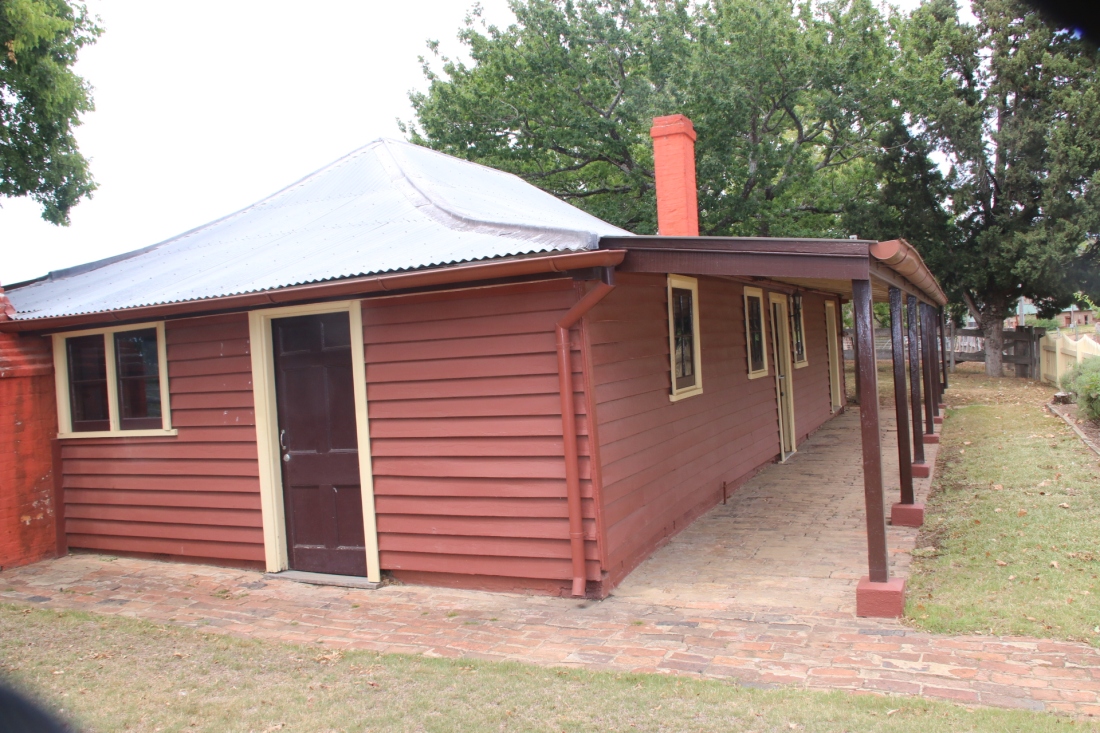 The second cottage had a lovely view up the valley.

The farm buildings were added to over the years, but the oldest buildings are still there. The stables: 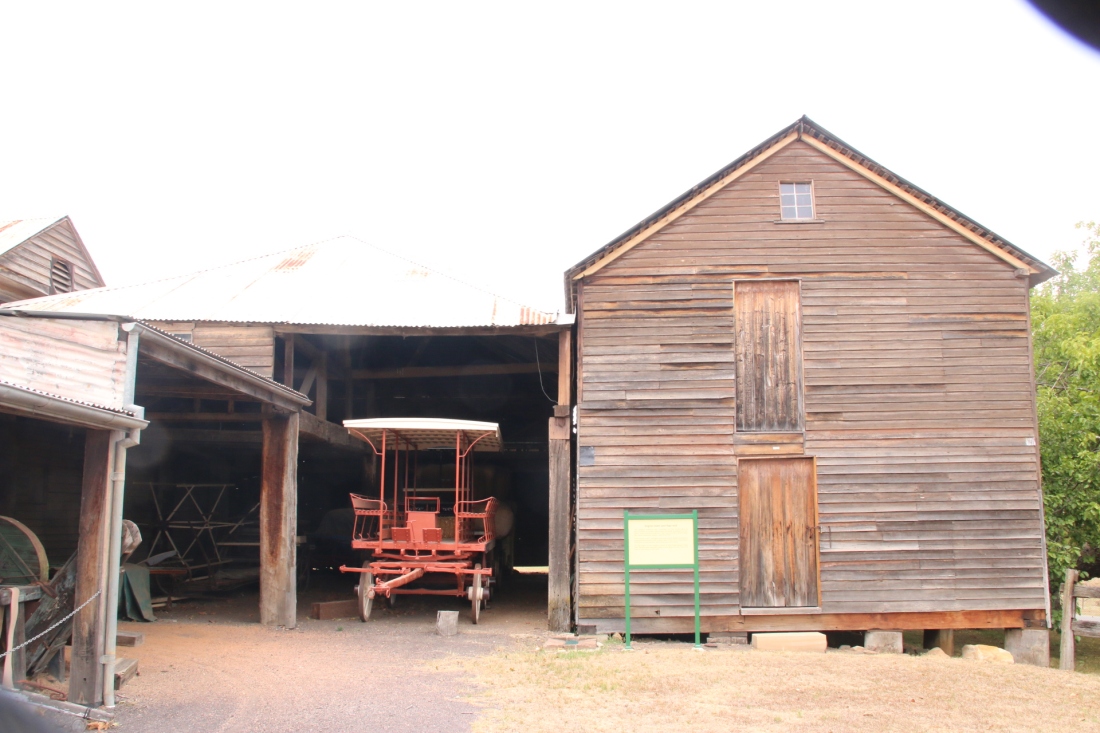 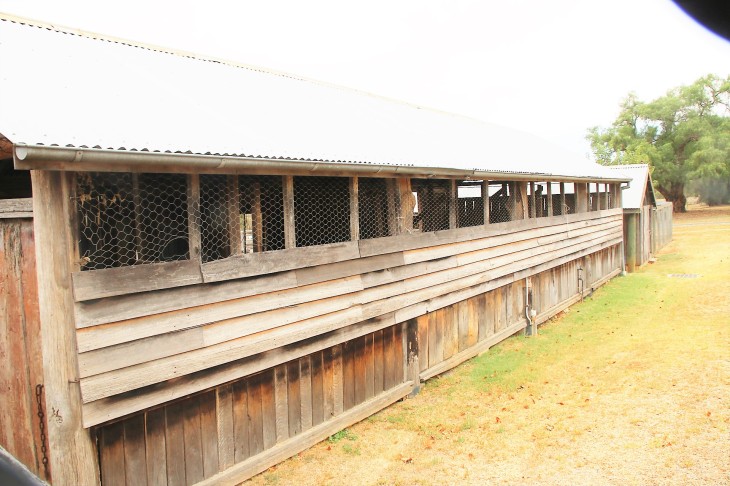 The merinos were well cared for, and the present stock on the farm are directly descended from these sheep. They however were not all equal, and only some saw the place in the second photo.

All in all, a fascinating piece of our very colourful first decades as a British settlement, a time when it was great to be alive, at least for the handful who ran the place. I

t was certainly great to be alive if you were a pigeon, which were well fed up high on tree stumps wrapped with metal to keep the rats at bay. As it turned out it was a good strategy not to eat the food because the fatter you got the more likely you would be in the next pigeon pie.

One thought on “John Macarthur’s Farm at Camden”