Nice day for it. Drove out to Murray’s Crossing on the Tidbinbilla Road running between the Cotter and Tidbinbilla, with two special guests. Rolled over the causeway across a low Paddy’s River (a tributary of the Cotter, which is a tributary of the Murrumbidgee) and checked out the forest trails. Lots of pines, but few real trees unfortunately.

Back to the picnic area, which is the only one of the three on the river which have been restored since the 2003 bushfire.

A baby white-browed scrubwren pottered about.

A water dragon sunned itself in the shade on a log.

Just as we were leaving the raucous squawk alerted us to a Yellow Tailed Black Cockatoo.

Just like the other day, the highlight was back at home with my first ever sighting of a juvenile eastern koel. Last time it was the male Koel. 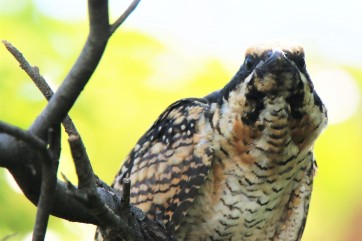