The river is fantastic here. 30 to 50 metres wide, fast and alive. An excellent walk is the Bidgee River Trail, only about 3 km but through great eucalypt forest, and the river is right there for 90% of the walk. 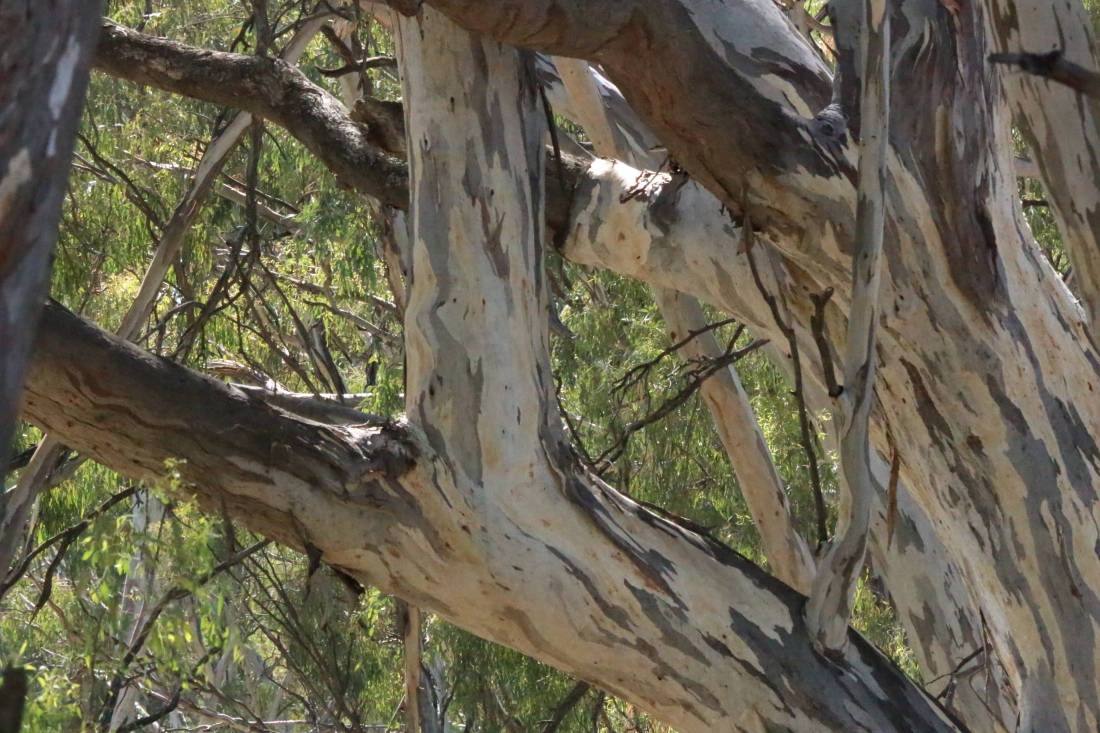 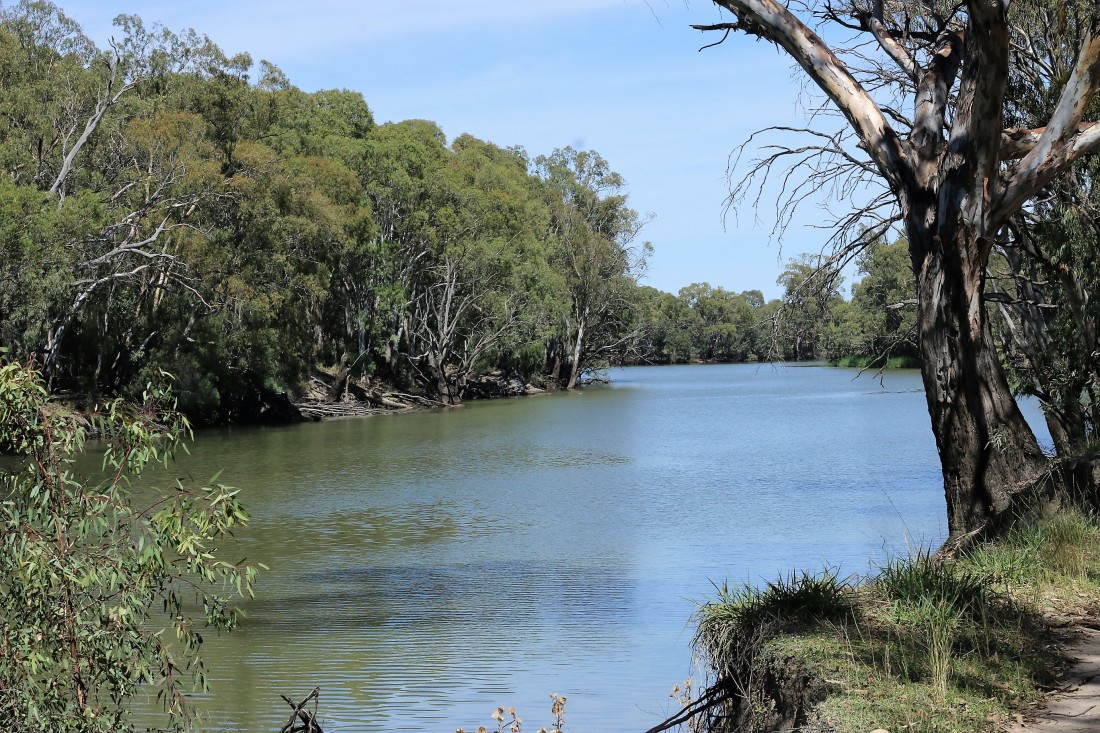 Great place for lunch as long as it was in the shade. Already 34 by lunch time. 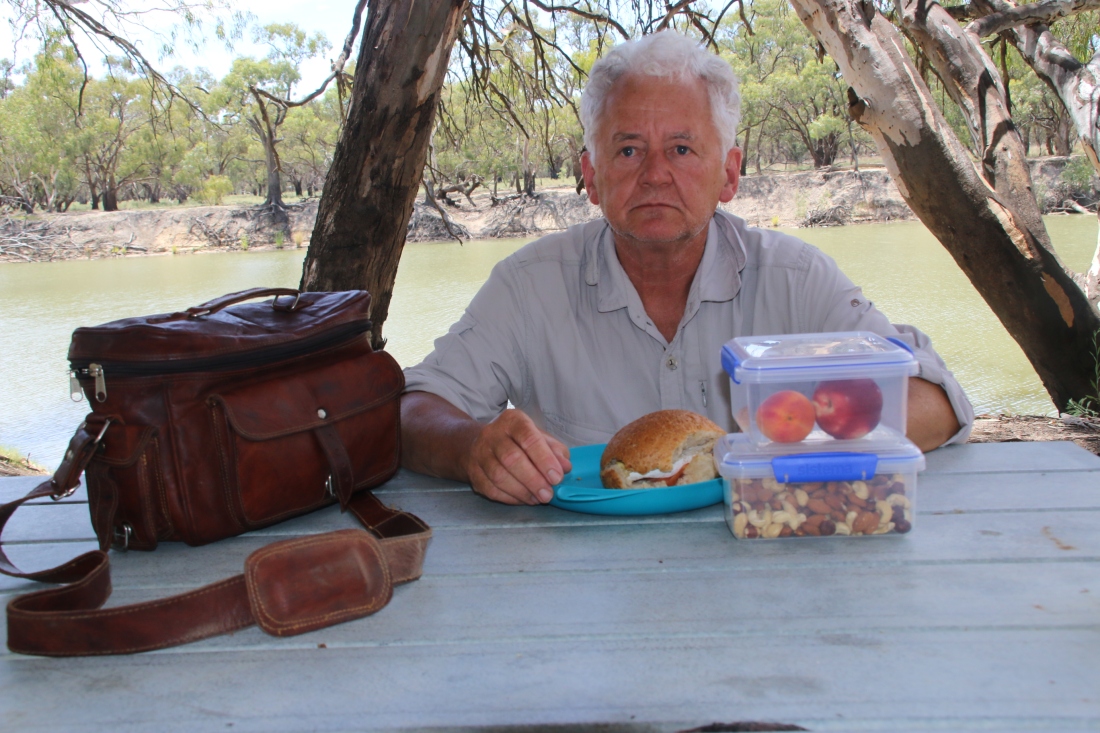 Huge numbers of birds to be seen, especially if you just sit and wait – or walk very quietly – just loud enough to give the snakes time to piss off.

There were dozens of red-rumped parrots.

Patience was also rewarded with a pair of sacred kingfishers. 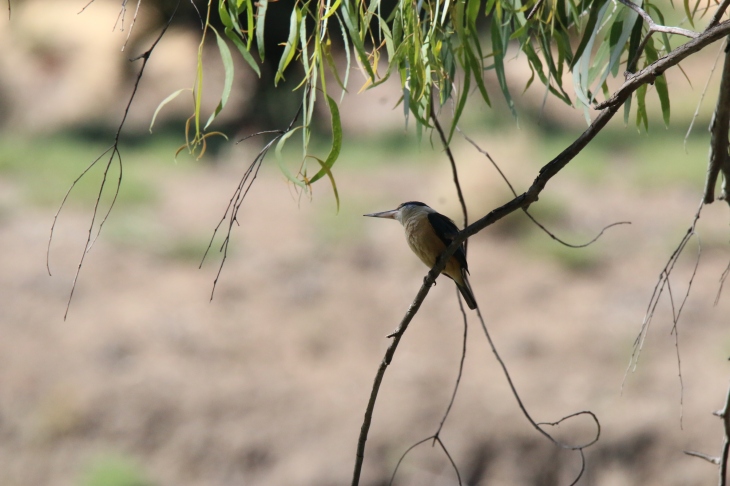 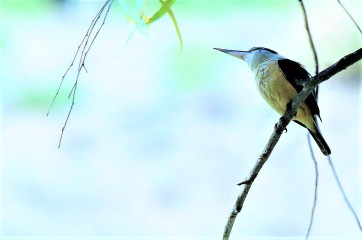 As in many parts of the west and central riverina, there are the yellow crimson rosellas.

These below are juvenile s and an older male juvenile with darker wings. 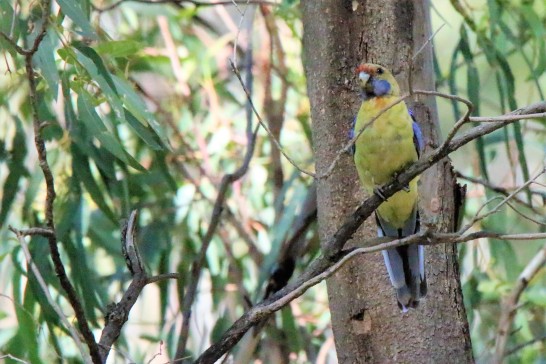 Whatever this is (some sort of honeyeater), it was tough enough to make the Kookaburra move on.

Again patience saw lots of superb fairy wrens. The males only become blue in the breeding season. These look like the variegated variety to me. 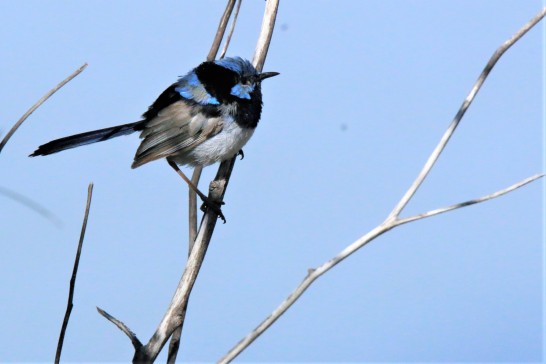 The  white browed tree-creepers were clearly well used to humans and were prepared to potter about as long as you kept still. They seem happy enough creeping on the ground as well as in the trees. 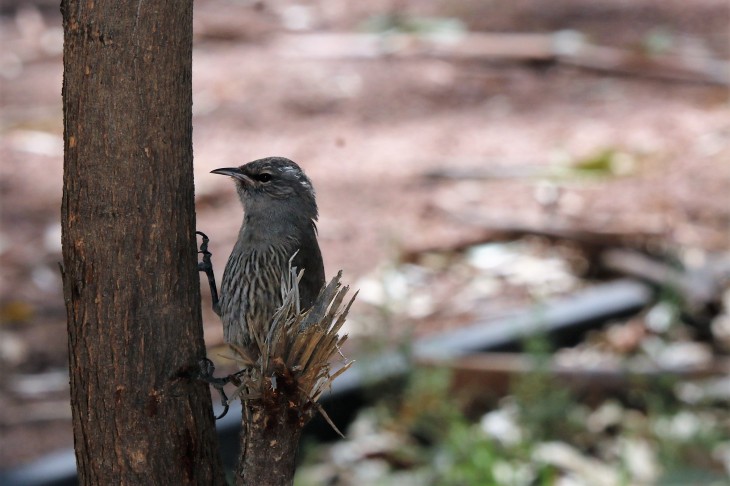 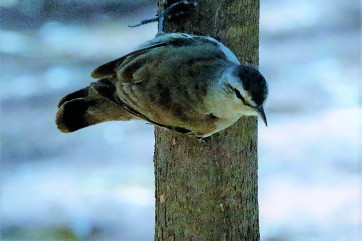 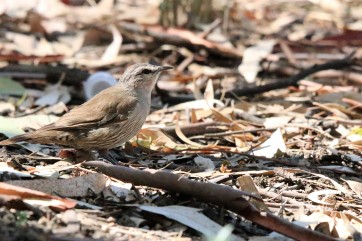 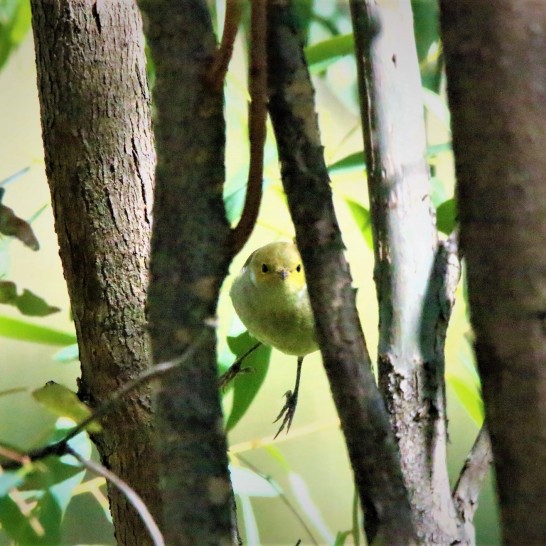 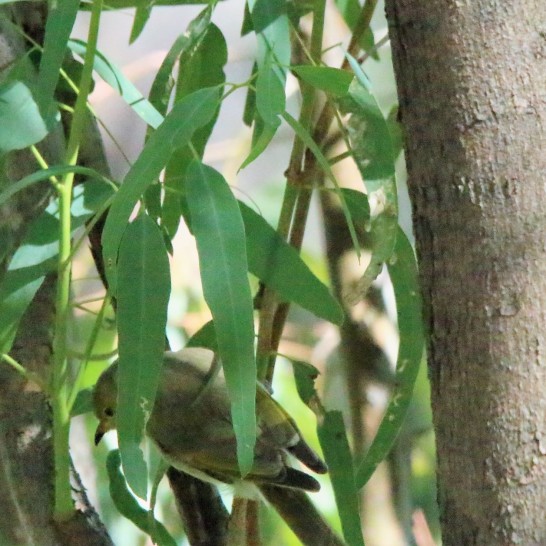 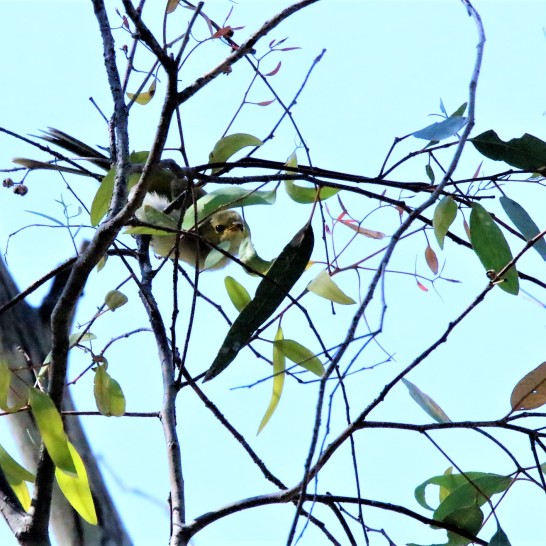 I felt like I was intruding on a private conversation between this pair of brown falcons.  Honestly, he said at the end, I would go out on a limb for you!

It is not often you see three falcons together, but in this case the bottom two are kiddies, and mum or dad is on guard higher up. The nest is just to the side. 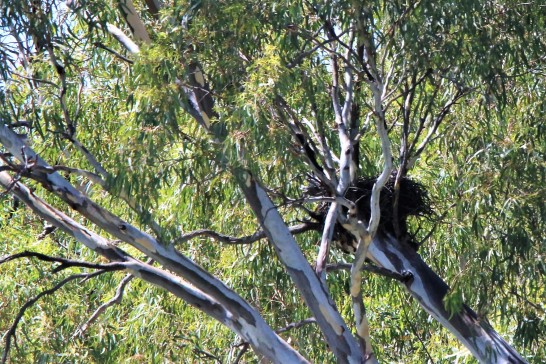 Later, without my good lens, I spotted a pair of brown falcons high in the conifers at Bishops Lodge. From the sounds, I reckon it had prey that still had an in vain desire to remain alive. 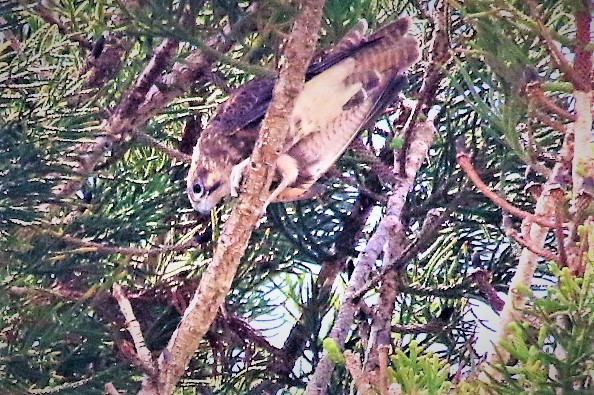 Whilst it is common to ducks as just ducks, many different ducks are to be found. These are Australian Wood Ducks, as in “She’s a witch! Burn ‘er, burn ‘er”  – Life of Brian.

As always some hard to pick:

This, which certainly seems to prove the dinosaur connection, I reckon is a very young noisy friar bird.

.The next one I am going with juvenile silvereye:

And this one I suspect is a bird. 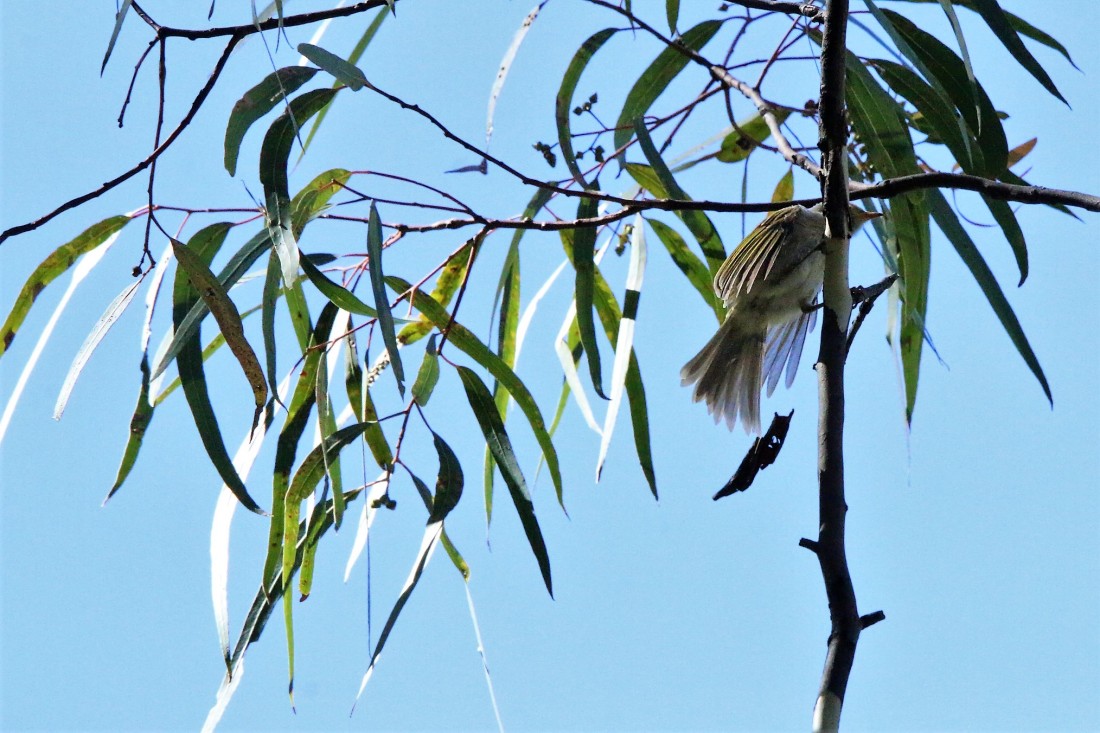 And to finish up with on the Murrumbidgee, and even though they would be not native but likely escaped domestic stock, I wouldn’t want to leave these out and make a goose of myself, which would be worse than finding a natural home in either Galah or Madman’s Bend.

So that is it for birds along the Murrumbidgee in Hay.  There will be a bit more later on shearing.