Today was the commemorative opening of the new native garden. Inspired by one of the most brilliant launches witnessed by humanity, a link to which is at the bottom of this article, it was held in three languages, with a suitably distanced crowd of one.

For those who missed the beginning, here’s a quick re-cap

One hundred square metres of what was, before the drought of 2000, lawn – but was now at best grass, but mainly weeds – was to be dug up, and turned into 50 sq m of native garden and 50 sq m of re-sown lawn.

Workers, well the worker, had to meet the watchful and exacting standards of the future occupants, such as the young magpie and the grey butcher bird. 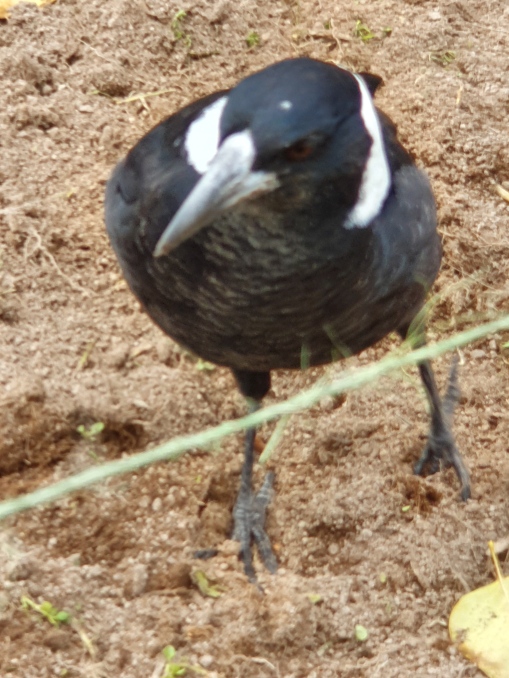 Various paths have had to be constructed, walls built, and stone wall gardens extended. 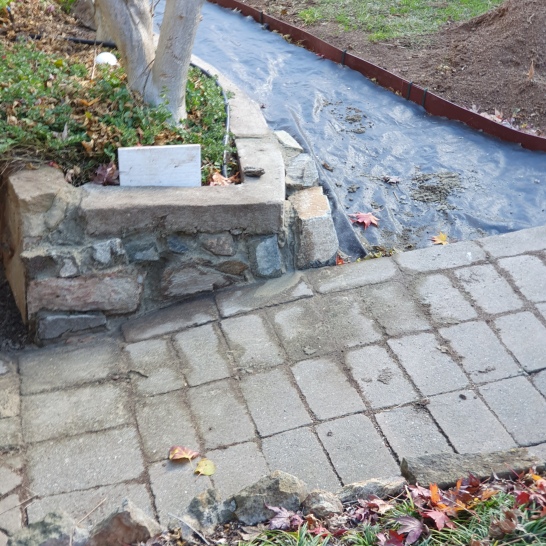 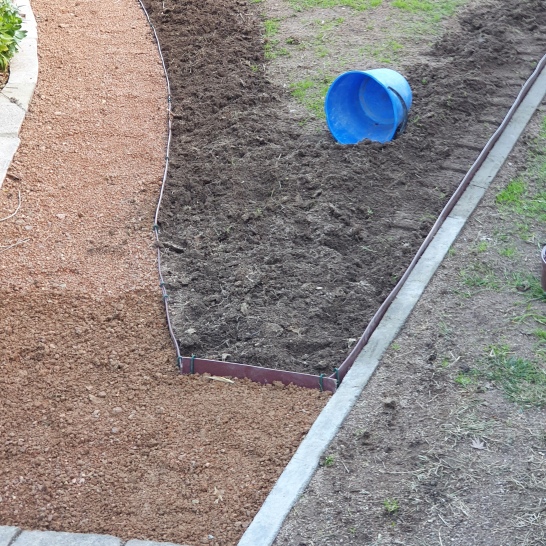 The plan didn’t allow for discovering a dodgy brothers storm water pipe running right through the middle of the proposed garden, sitting just 100 to 250 mm below the surface. 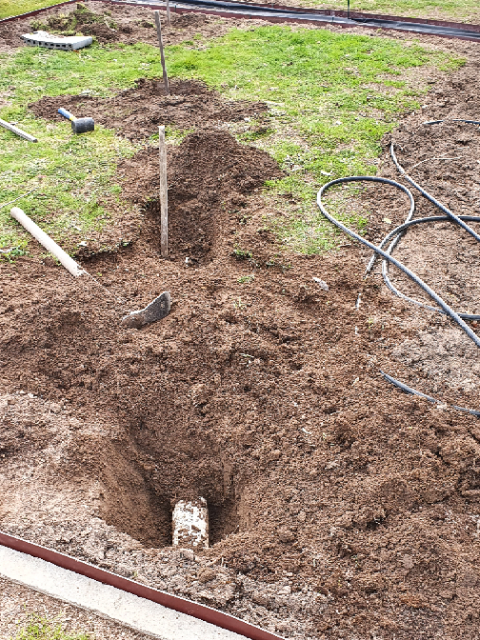 Taking a punt that the drain, like another one running from the other corner of the back garden, was put there when the houses were new, and there were no gardens to absorb the rainwater coming off the ridge behind, I decided to take it out. We will discover next time it pours if that was a good decision – otherwise I might need that punt I mentioned. I have checked I still have gumboots.

In a very good sign, some prospective tenants couldn’t even wait till the first plants went into the ground. 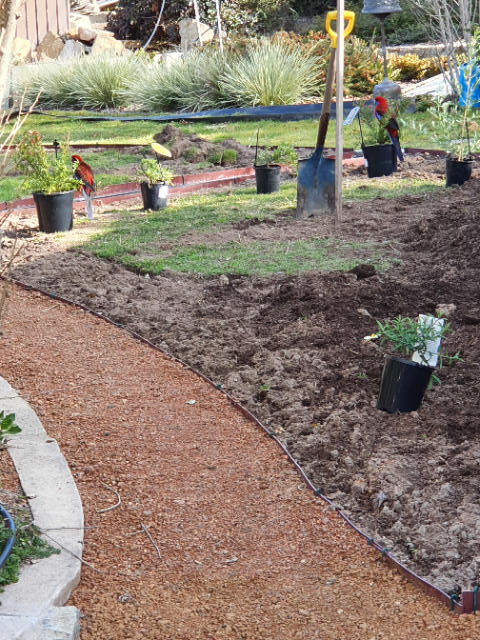 I watched a couple of young resident magpies attempt, but fail, to remove the colourful labels from some pots, resulting in several being tipped over.

Then, after frantic last minute activity by the worker, the time for the official opening arrived.

Being a good employer, and wanting to offer choices to the worker, I offered myself, the worker – read Lee v Lee’s Airfarming to understand the corporate veil – his pick. All I could find, though, was this spade. (boom boom)

The launch was conducted in English, French and German, as guided by the launch of the new postbox depicted in the attached documentary. Luckily, the Spanish Inquisition didn’t arrive, because I certainly wasn’t expecting it – well, of course, nobody does.

So now I have got only 20 sqm to dig up in the garden, and about 15 sqm to re-sow the last stretch of new lawn. Plus lots of bird attracting natives to be purchased and planted. 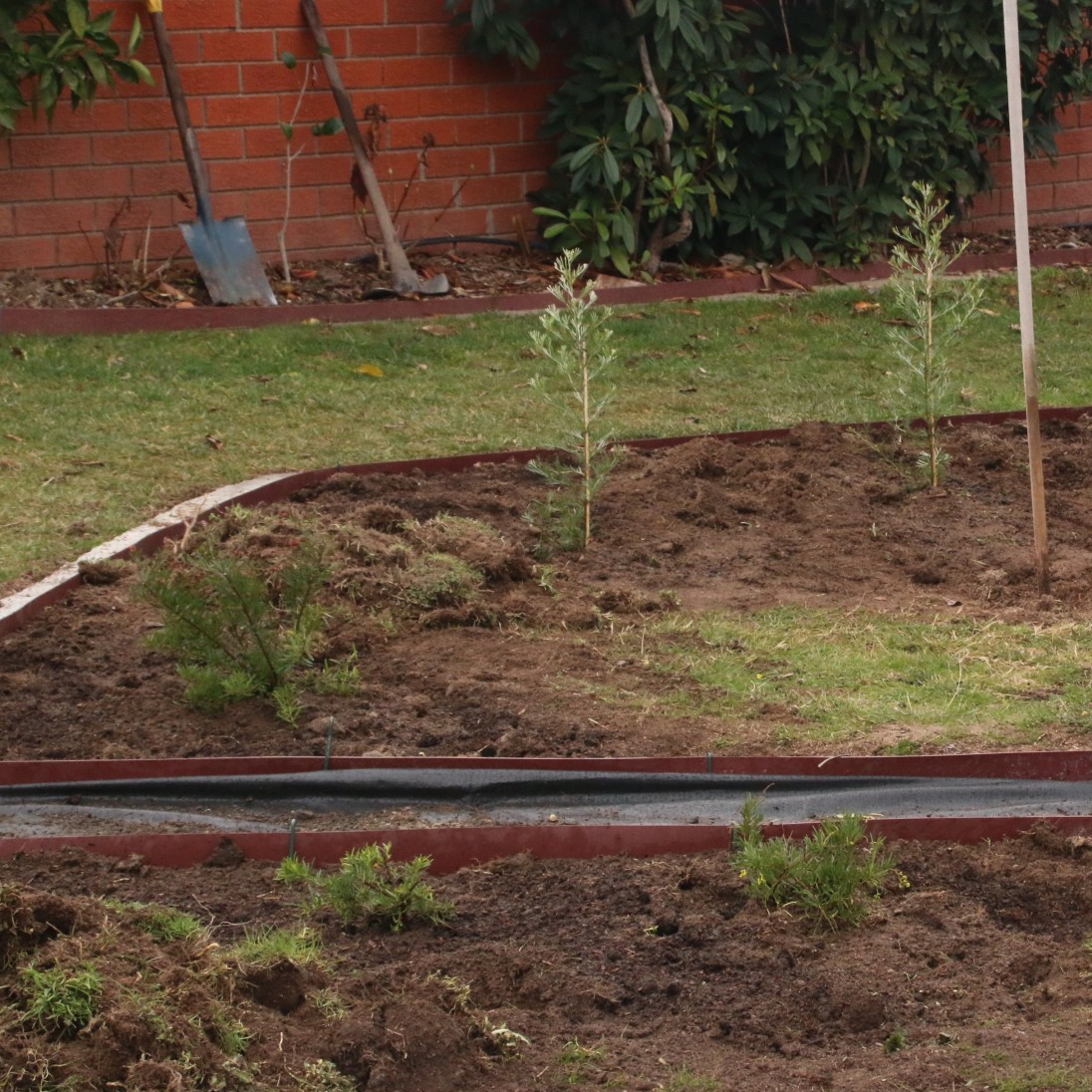 Make sure you watch the clip. One of the funniest things I have ever seen.