Generally, this is a post where the photos of some of the oldest rocks known on the planet just speak for themselves. 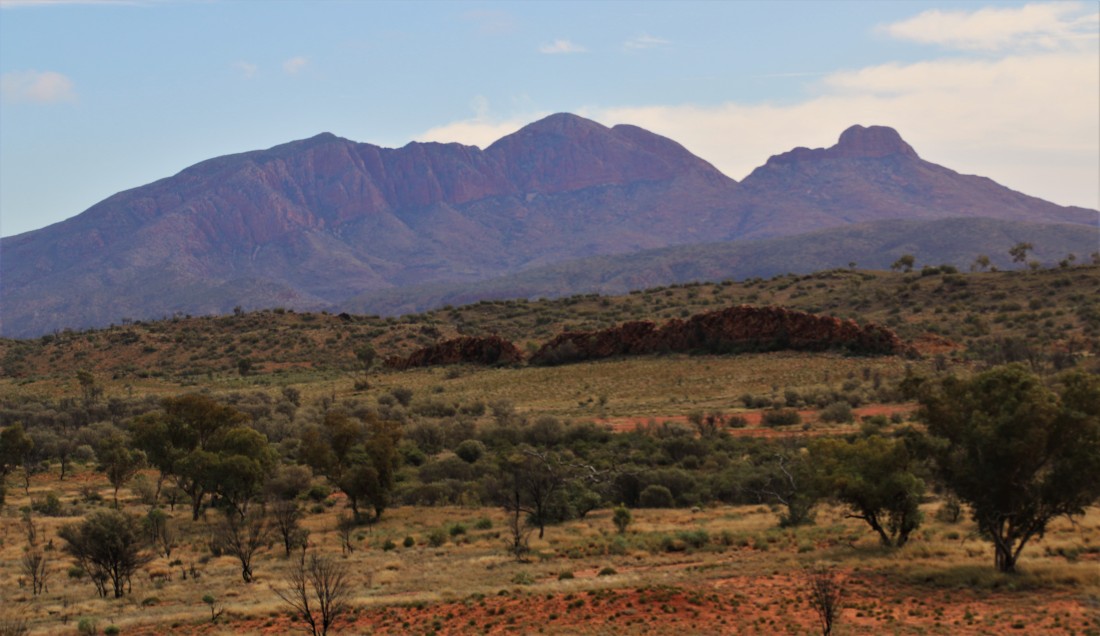 There are moments, such as this entry into Palm Valley, where you really really hope the rangers who stuck in the guiding posts do know where the underwater boulders are. For the most part, they are well more than wheel height below the water. Good for me, the intrepid driver had been before. 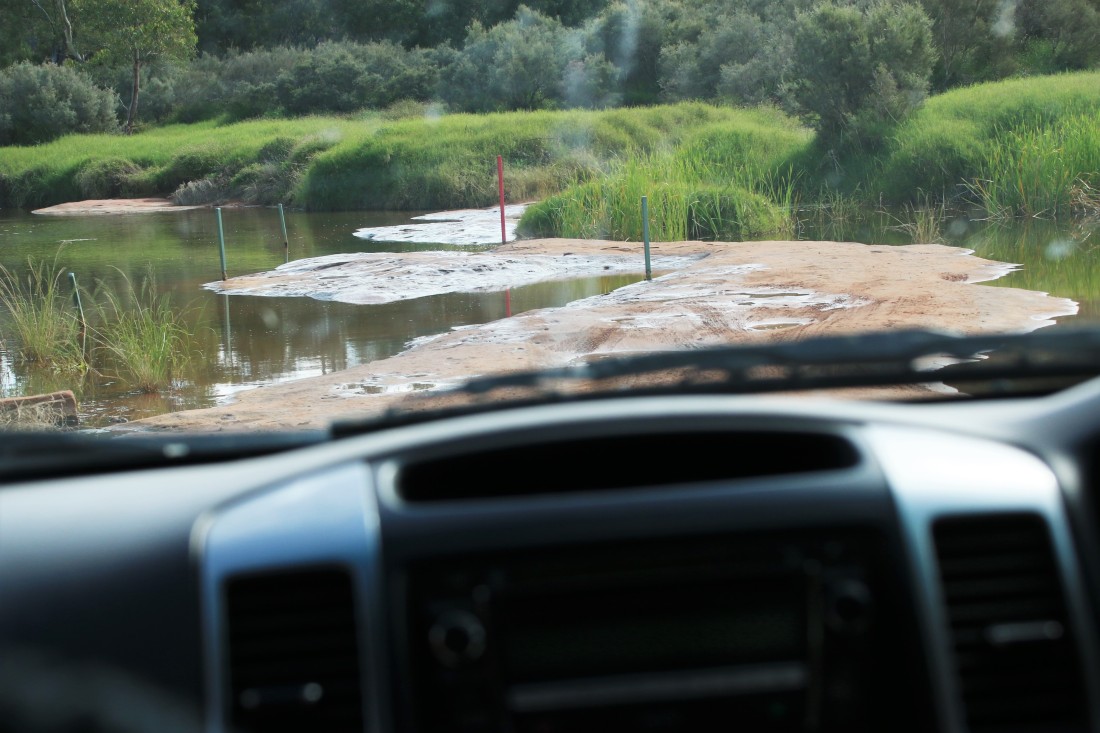 It was well worth his effort – the scenery inside was sensational. 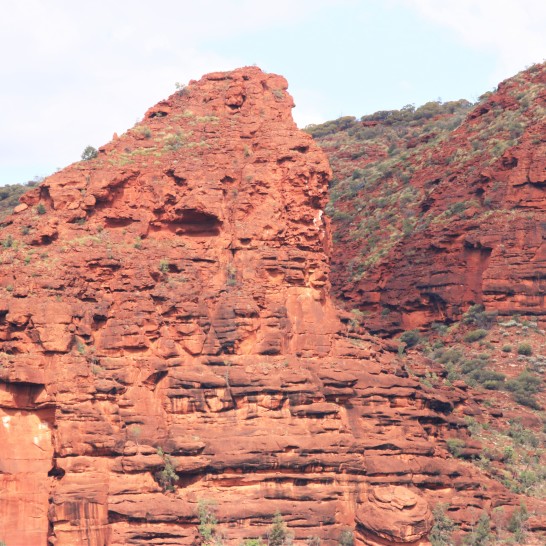 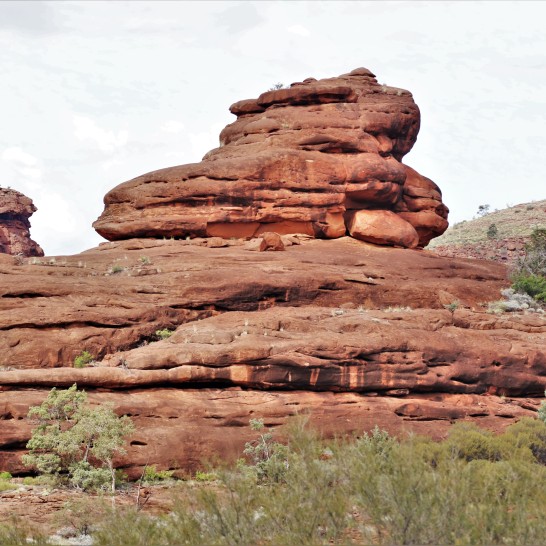 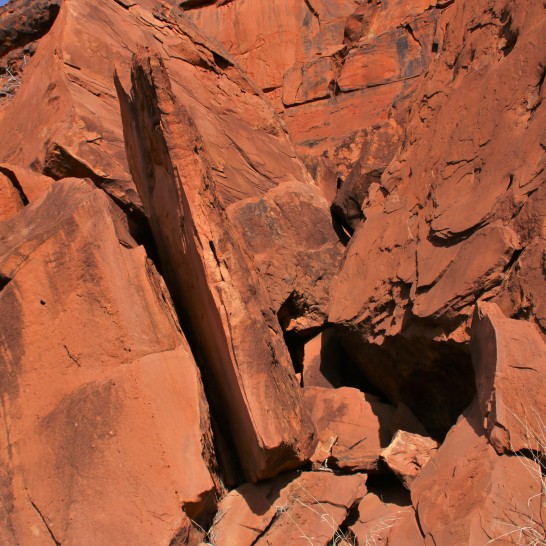 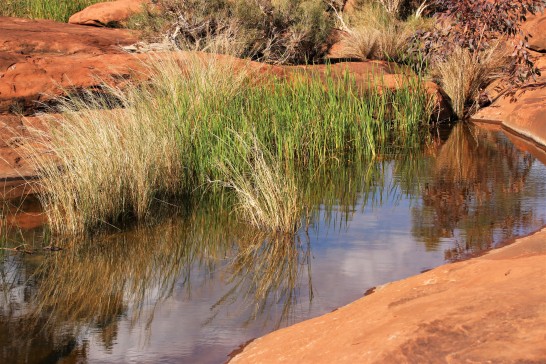 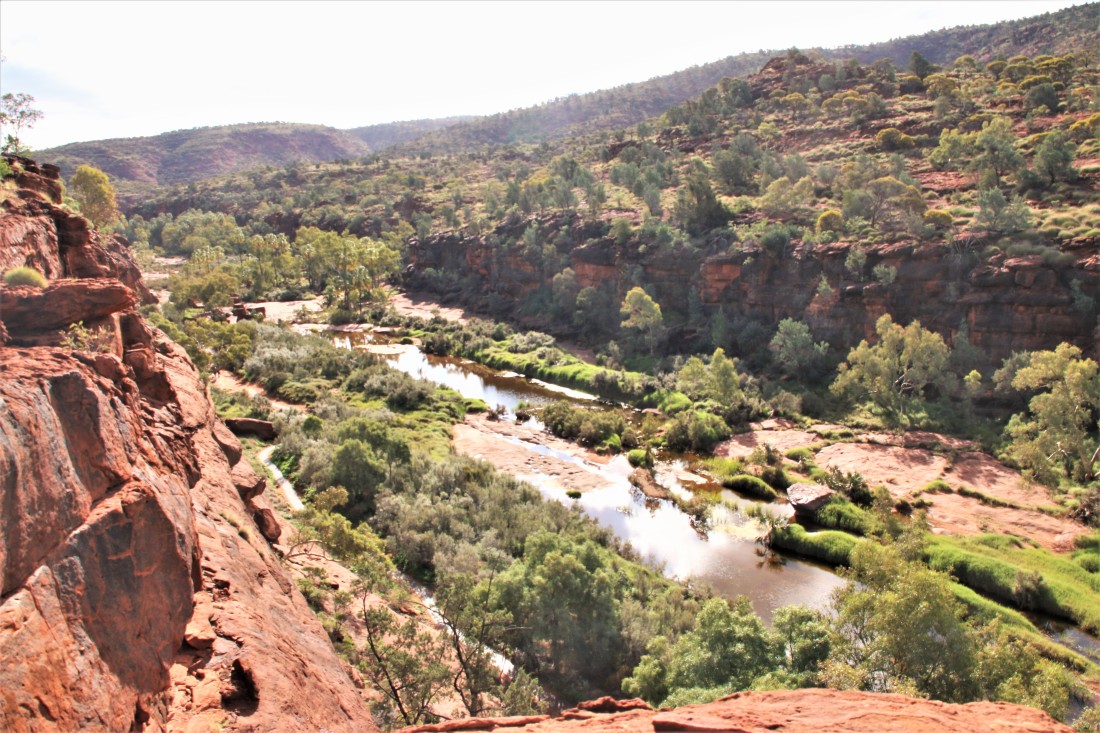 Another great spot in this area is Simpson’s Gap. Again, the rocks do the talking. 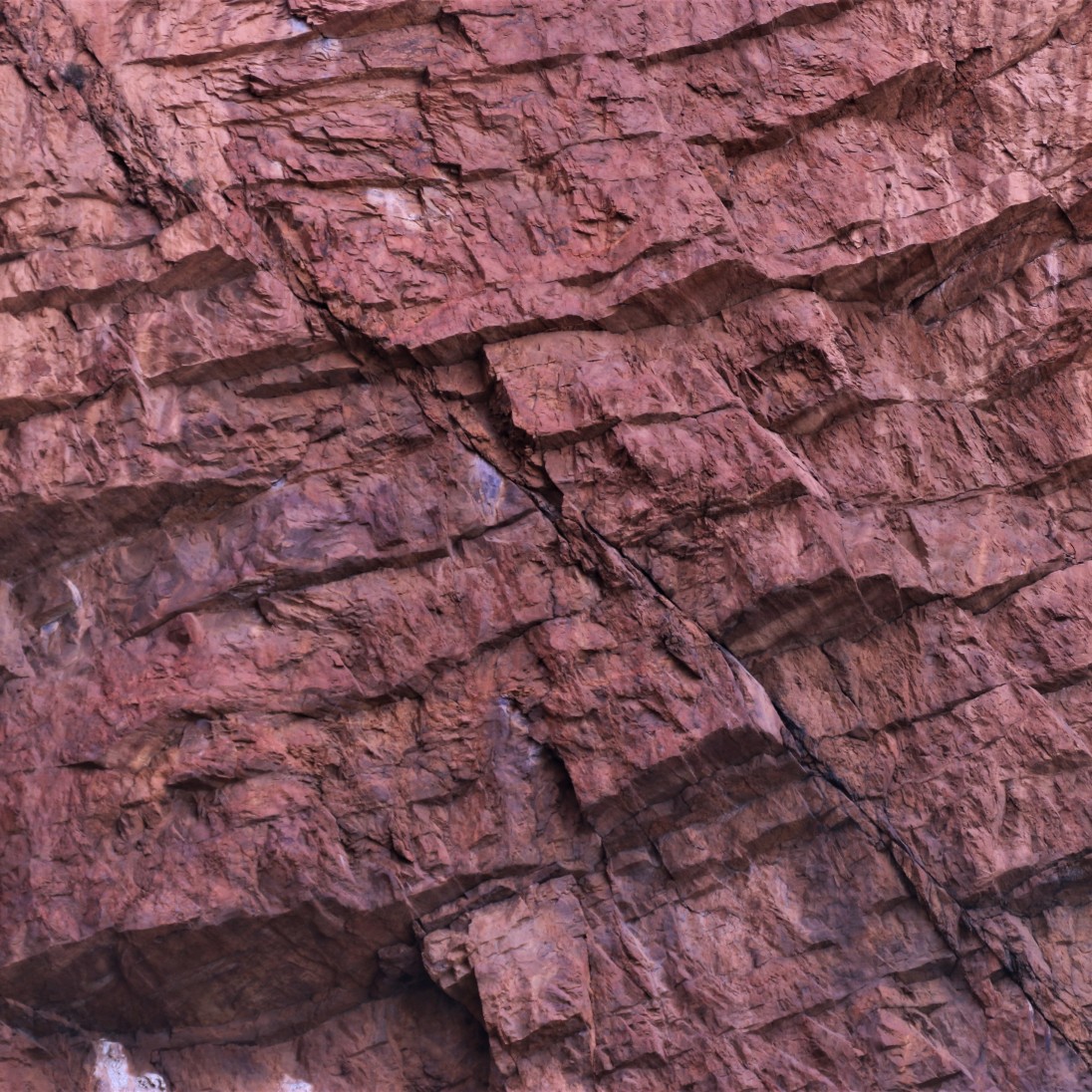 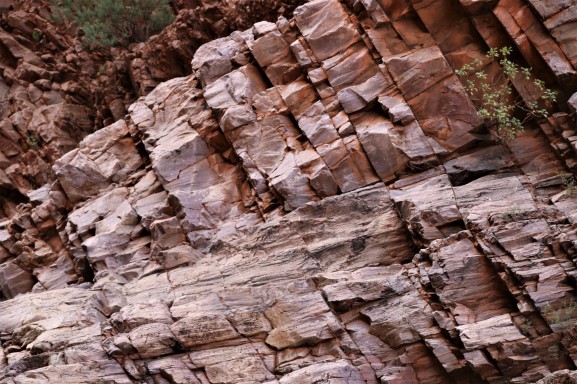 There were plenty of gorgeous gorges in the area, including Jessie Gap, Emily Gap and Ormiston Gorge. Geologists (a very recent profession and knowledge – look up William Smith or read Simon Winchester’s ‘The Map that changed the World’)  say that yesterday, well around 400 million years ago, the top layer of quartzite was about 2 kilometres north of the gorge, and something thrust it south, so now there are the two layers. It was all sand on a shallow sea once upon a time too. Don’t anybody raise that this is just this universe.

There are many highlights including these very ancient paintings: 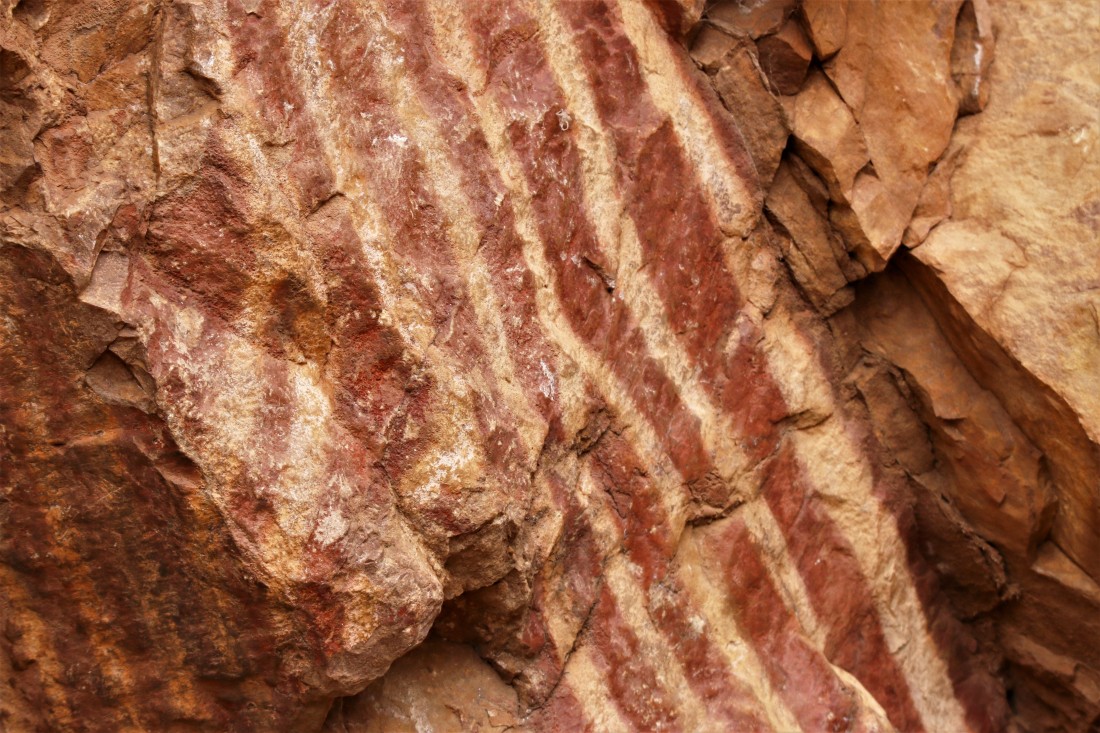 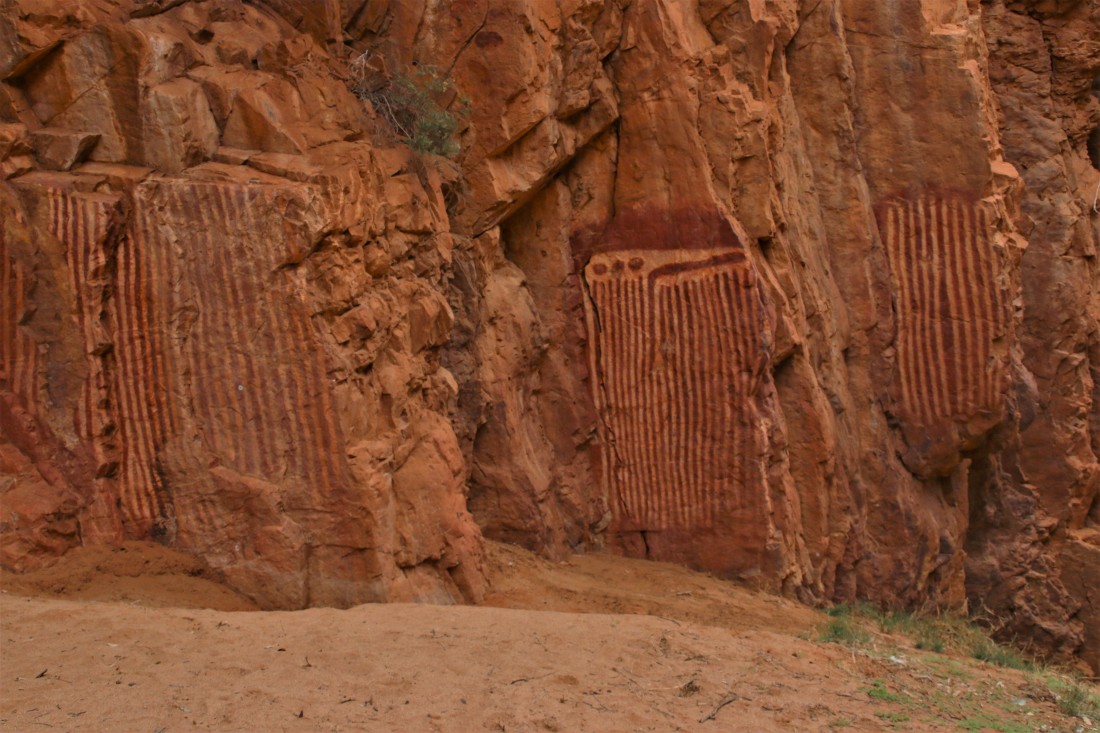 and an easy to tread on grasshopper, with magnificent camouflage: 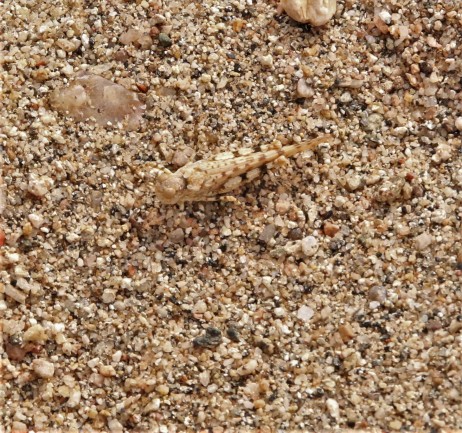 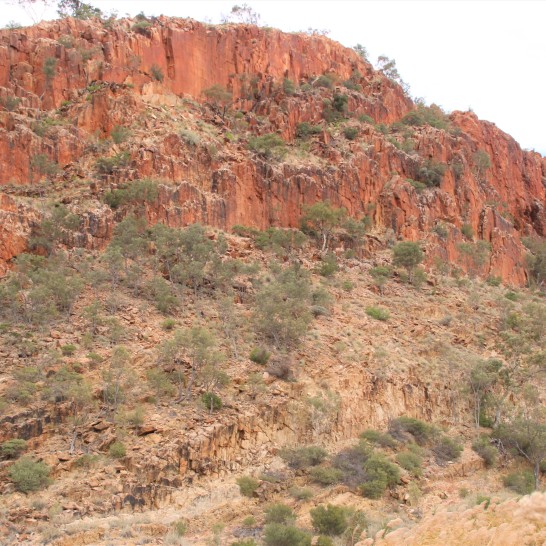 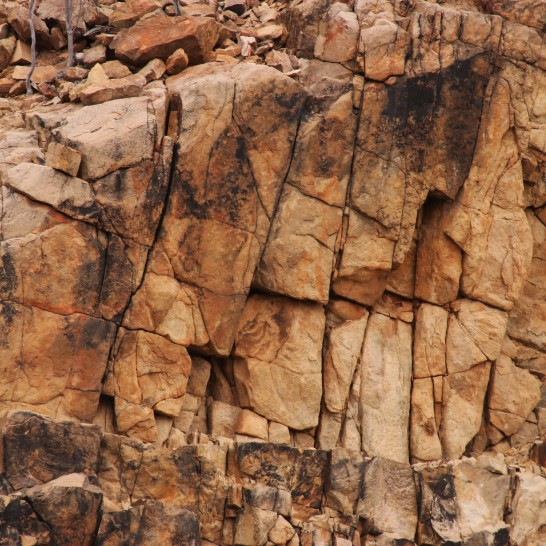 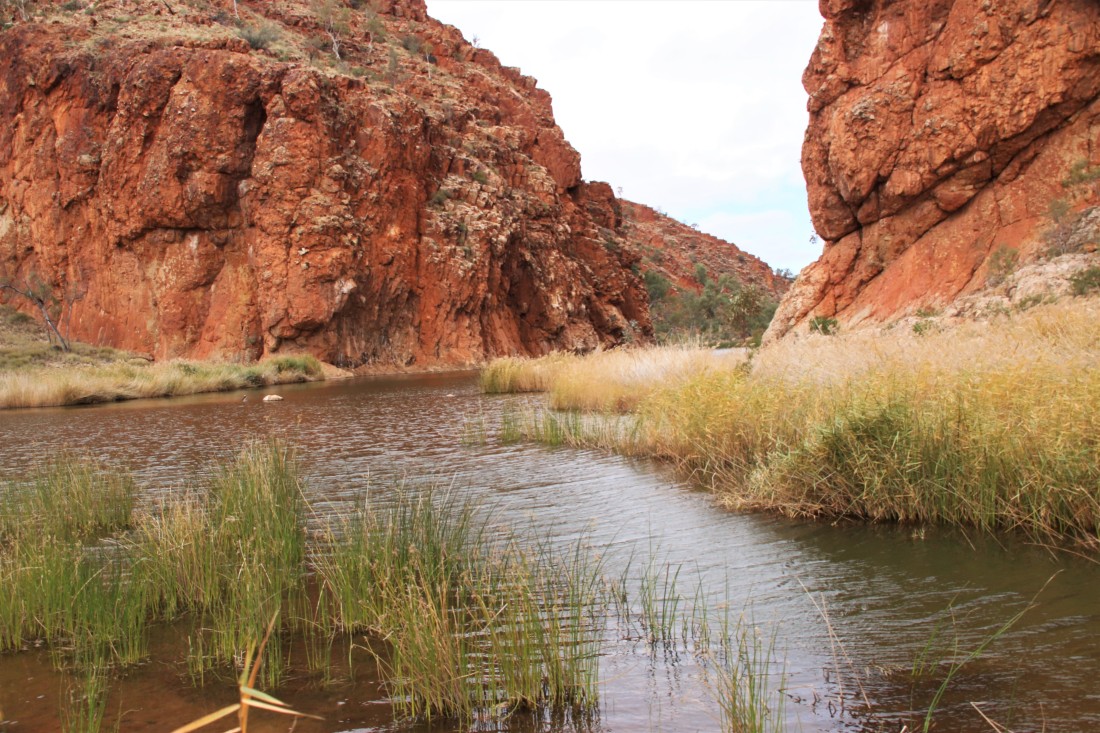 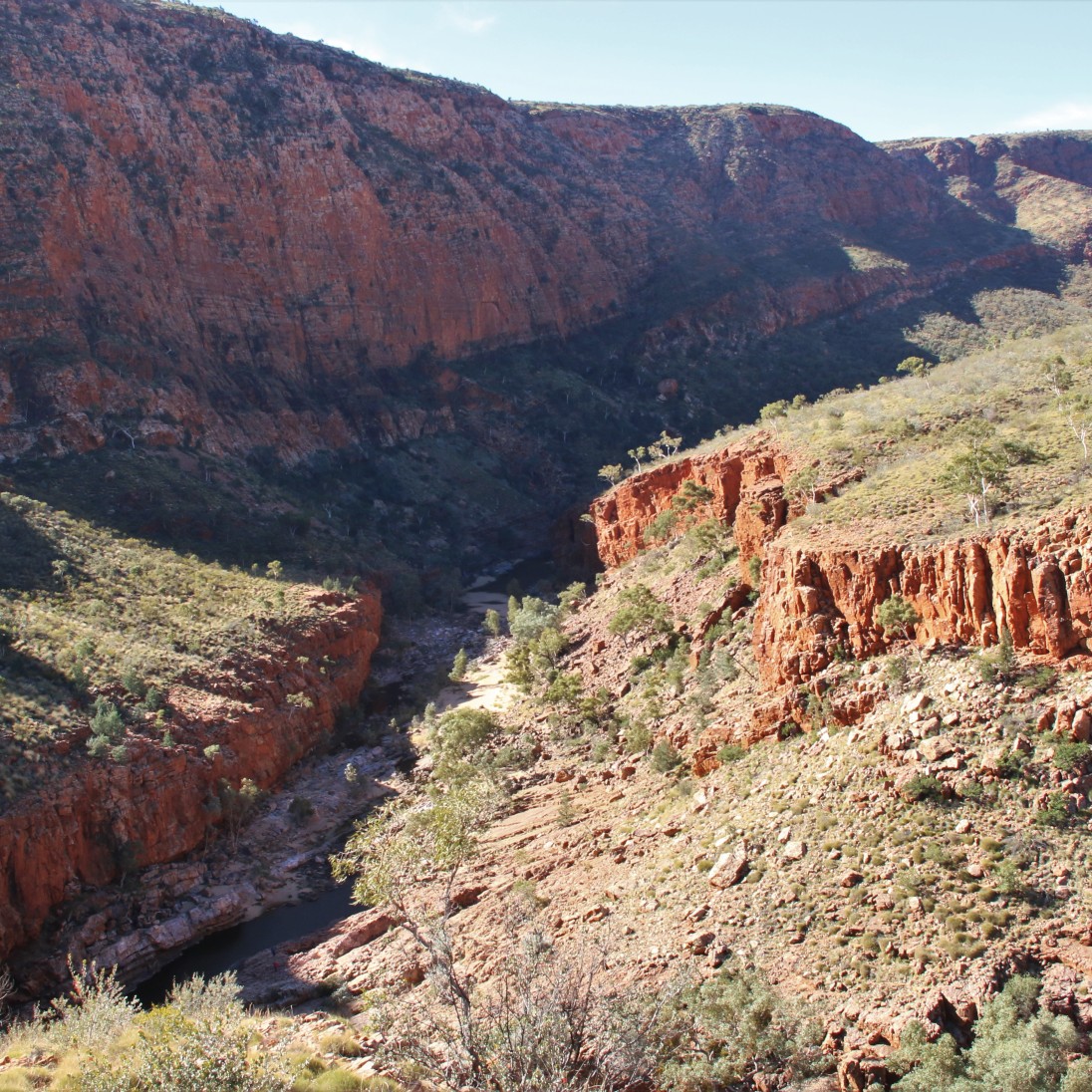