This is one of the top things I have ever done. Not the mine, which is to what we detoured off the Victoria Highway, just on the Northern Territory side of the border with WA (although this was amazing enough), but the absolutely stunning sunset cruise on the inlet creeks running into the east of Lake Argyle. This was June 2016. 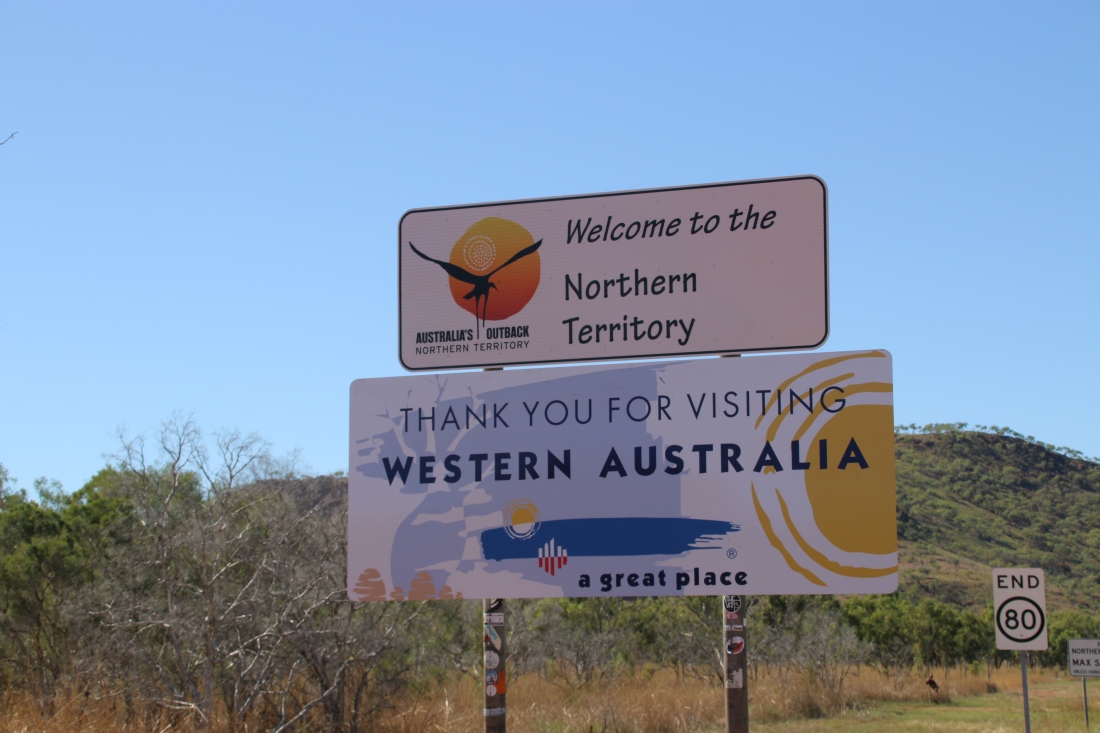 This tour is no longer listed on their website, but hopefully that doesn’t mean the trip isn’t still, in normal times anyway, available.

The Zebra Rock is unique now to this site in the world. The owners have, it seems still today, tried to maintain a balance between leaving large seams of rock in place, whilst sujecting enough to the skills of lapidary to raise the funds to maintain the site (and camping ground). 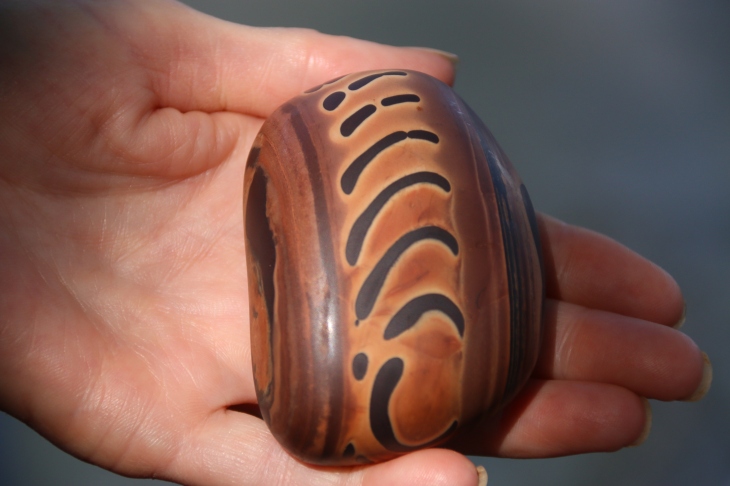 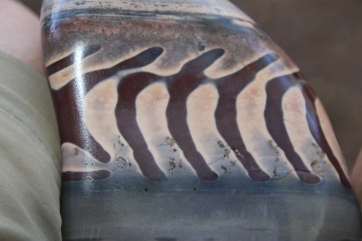 There are two other rocks on the site which are also, so far as is known, uniquely here. I can’t recall their names.

The tour, which we had to be coaxed into undertaking because we had taken the main Lake Argyle tour the evening before, was brilliant. We were encourage to ask a small group who had been the evening before, all of whom enthused: “It is the best thing we have ever done!” I have to take their word for that, and luckily we did;  for we three it was indeed one of the best things we have ever done. The memories of how brilliant had faded a little, until I went back to sort out some photos for this blog.

It was a rough hour or so in a rickety old bus to the creeks, where the vista of water, trees and wildlife opened out before us.

Only freshies above the dam wall, it is thought…hoped. We left the Collingwood supporter to his own devices.

The bird life was astounding. I will start with various of the Heron family (all egrets are herons, but not all herons are egrets – a hint from a wonderful book called Glimpses of Australian Birdlife (updated) by Peter Slater and Sally Elmer).

First, some Pied Herons, followed by a young Nankeen Night-Heron: 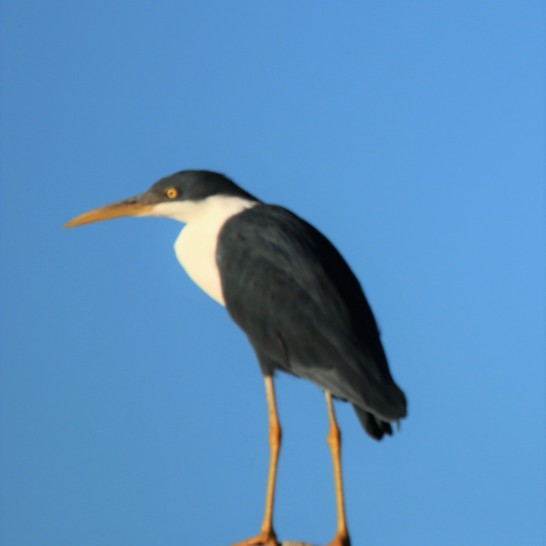 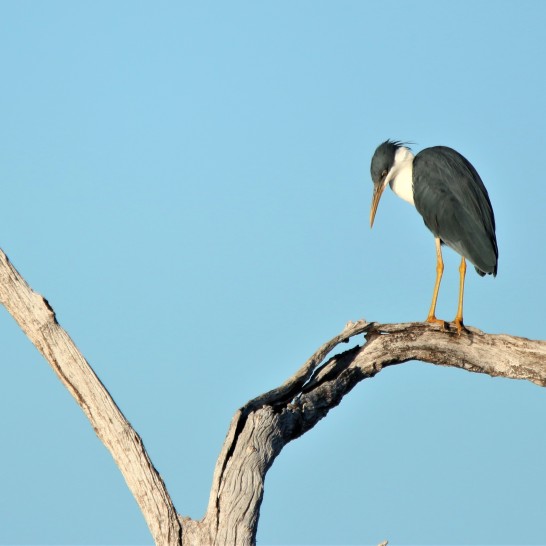 This Eastern Cattle-Egret was right on the western edge of its territory, and there were no cows in sight:

Glossy Ibis were plentiful, the last one showing breeding plumage:

Trees were so full of nesting and roosting birds that, given their water damaged stage, it was amazing they stayed standing; the first Little Pied Cormorants, then from the top, wagtail, great egret and white-necked heron: 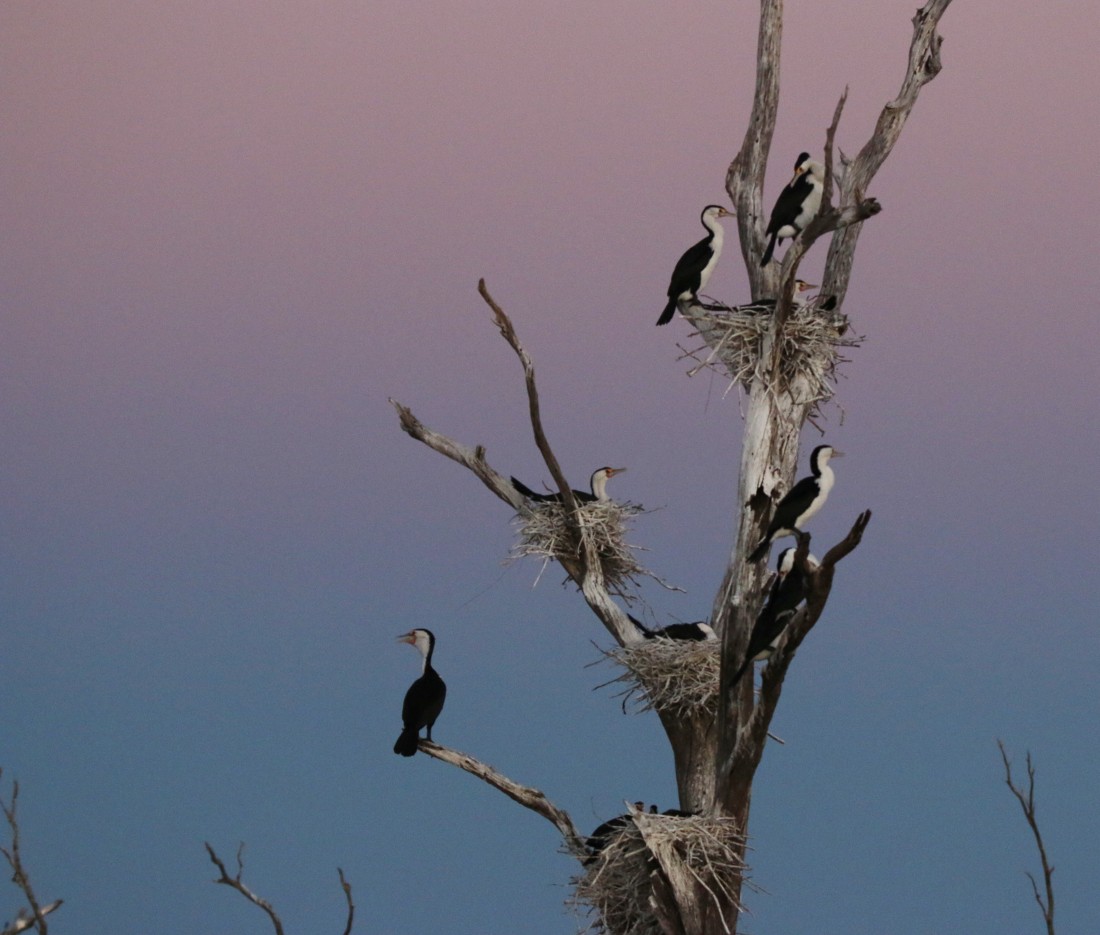 Moving on to the Crane family, a star is the Jabiru, proper name being the Black-necked Stork, the first one being a breeding male: 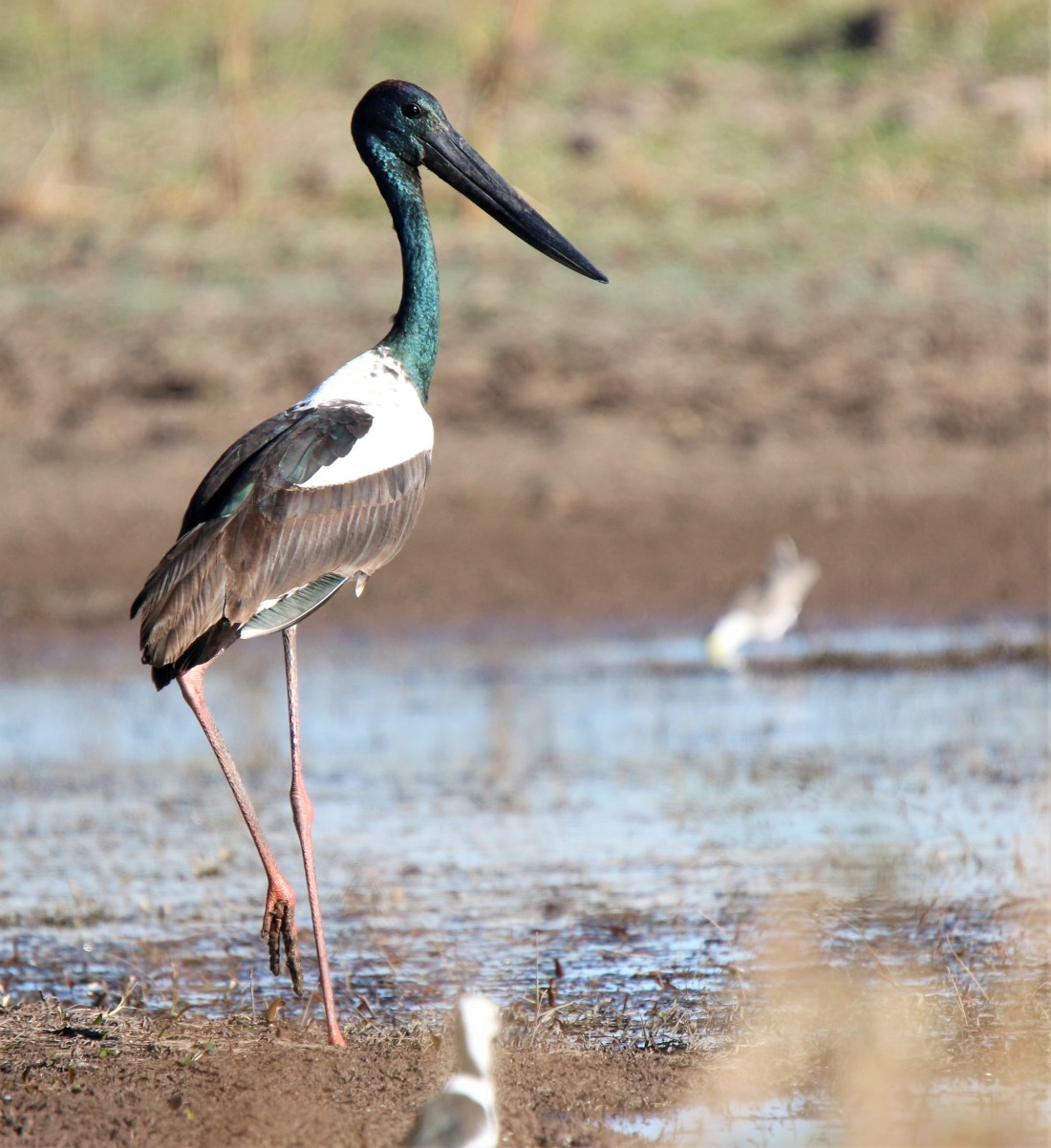 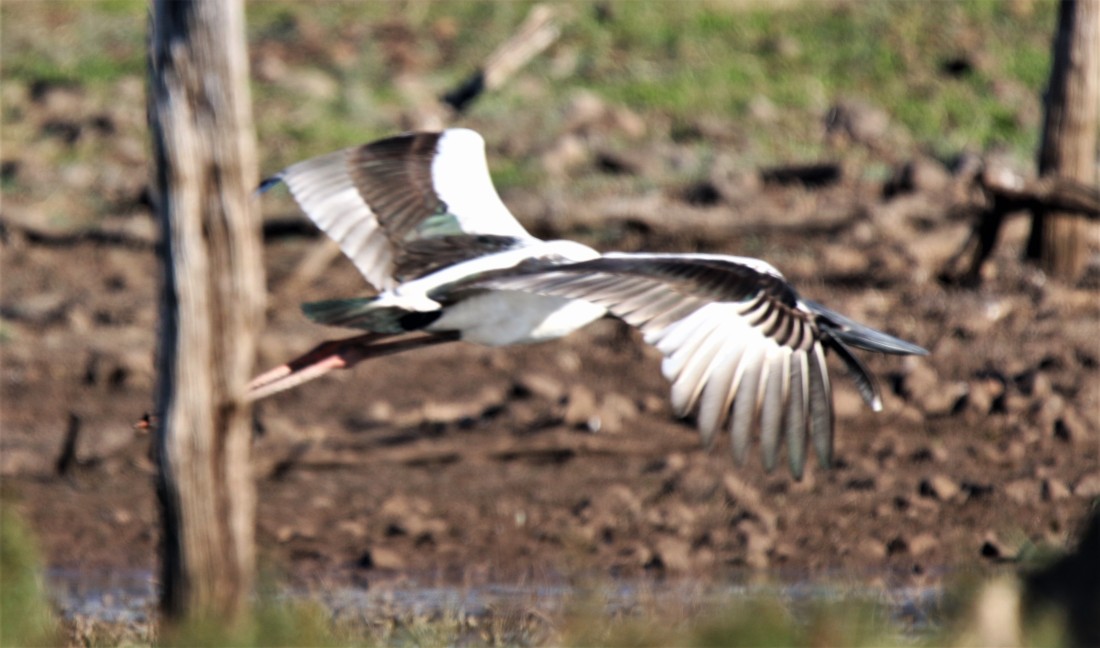 Thousands and thousands of birds were heading home for the evening, including this family of Radjah Shelducks.

Many other water birds were prominent such as these Black-fronted Dotterels, and White-headed Stilts (the last one being a kiddie): 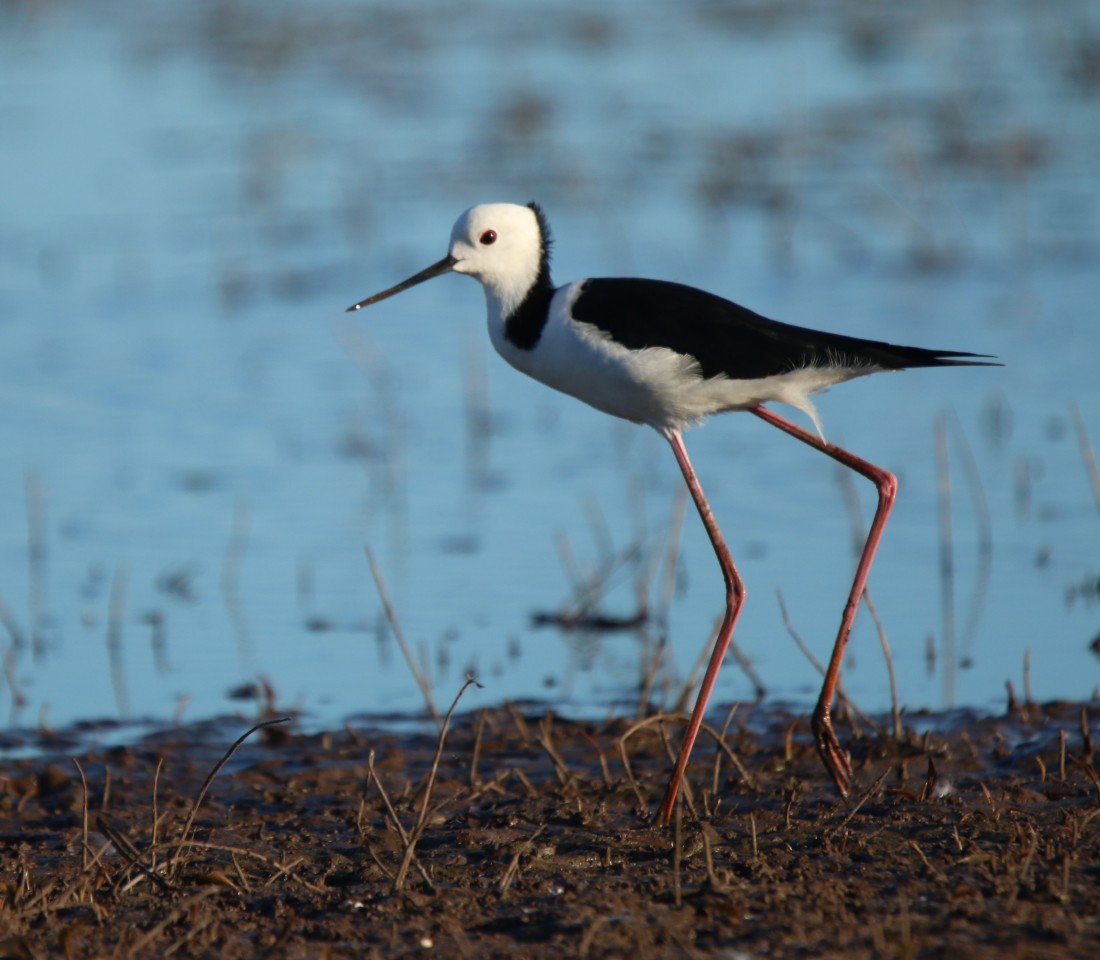 Not to be outdone, plenty of woodland birds also took advantage of this fantastic environment. White-breasted Woodswallows are often found as hybrids with Black-faced woodswallows, but these ones look clean and crisp in their white-breasted uniform, and following them is a young White-bellied Cuckoo-Shrike: 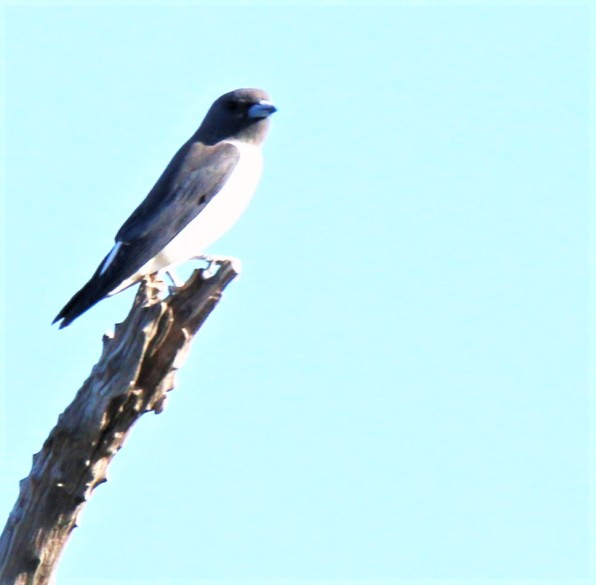 This, is a female Rufous Whistler:

With lots of little water rodents, and breeding birds, birds of prey were also well at home. This is a young White-Bellied Sea Eagle, followed by an Eastern Osprey (which, despite the name, can actually be found around virtually the whole of the mainland Australian coastline): 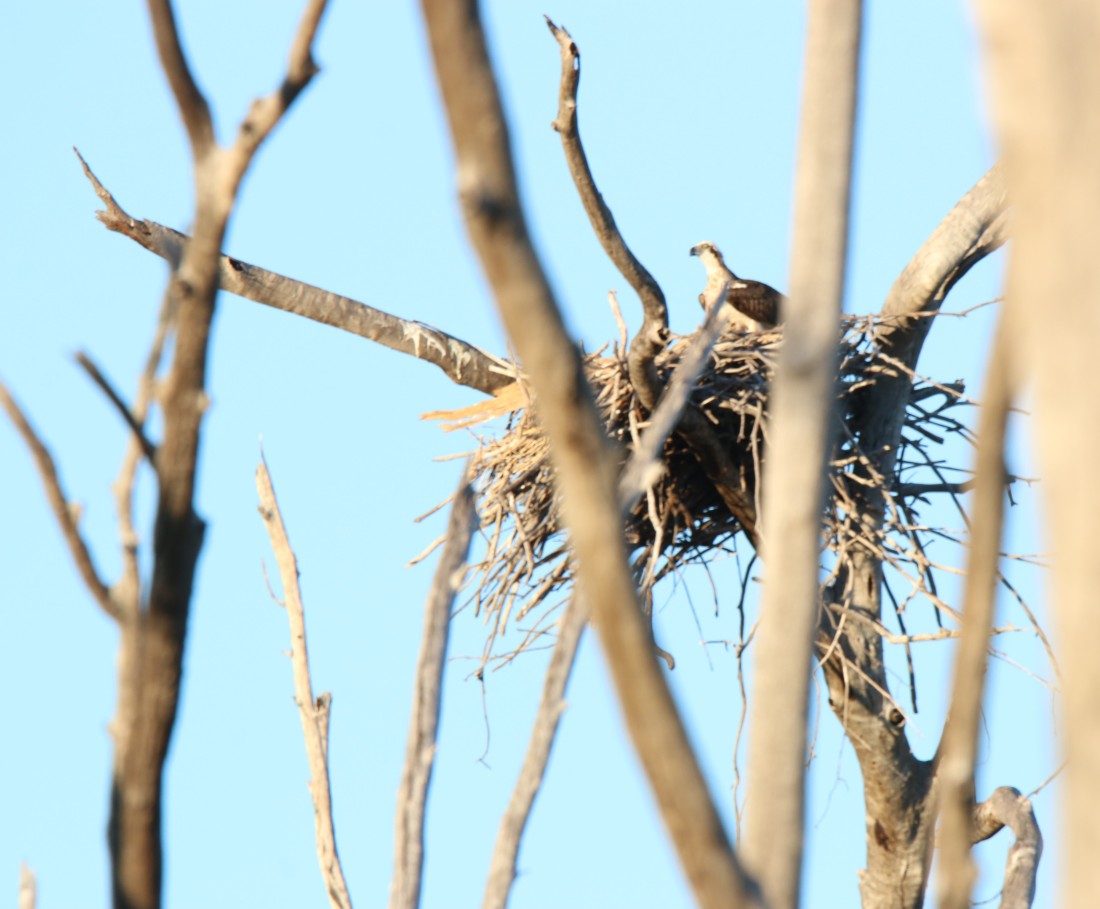 And now the story really starts.

It was still daylight. Now came a full moon rising in the east, directly opposite the sun going down, this time, in the west. Since the terrain was essentially flat, both events were astonishingly spectacular. 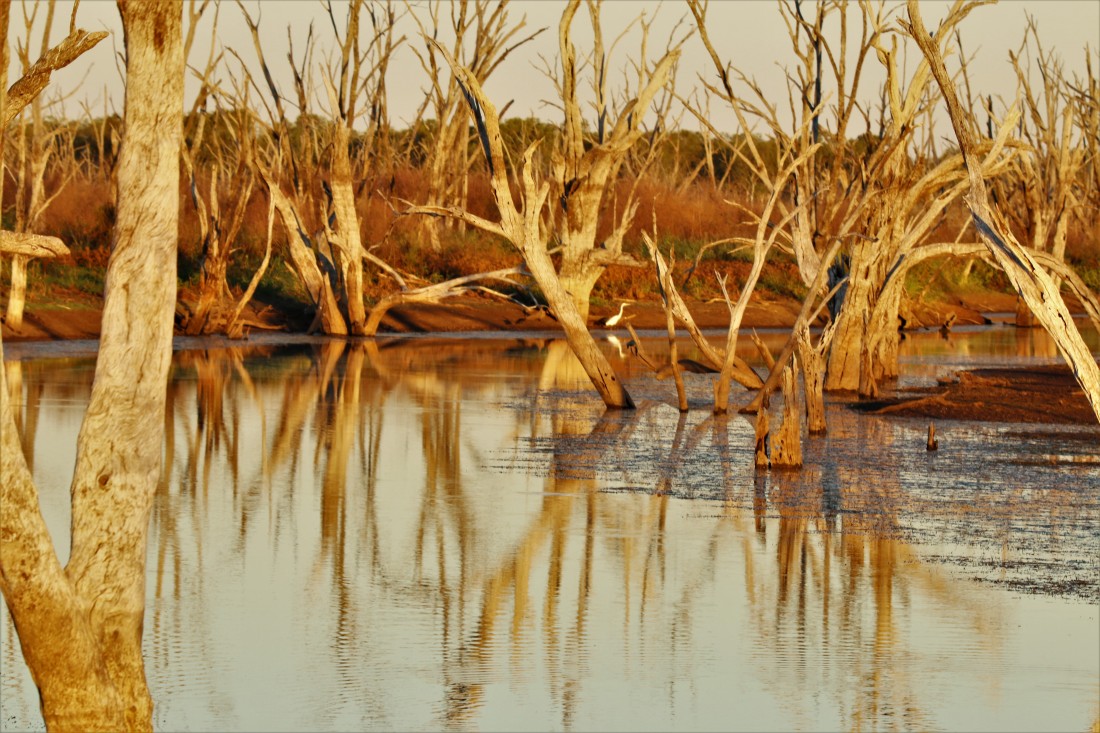 Then the full moon appeared.

This next is one of my all time favourite photos, the moon being held to provide evening light to the roosting cormorants: 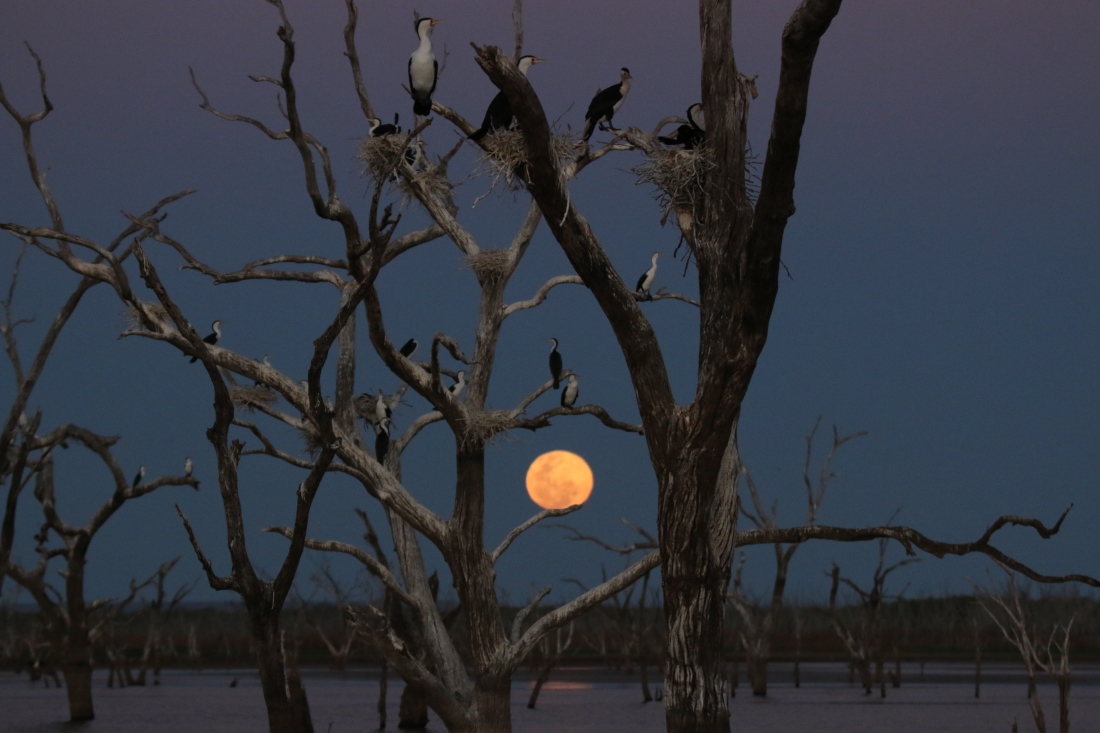 We got great reflections in the water, the stairway to the stars:

Then to wrap of a wonderful evening, the combination of moon and navigation lights gave us some seriously weird effects; 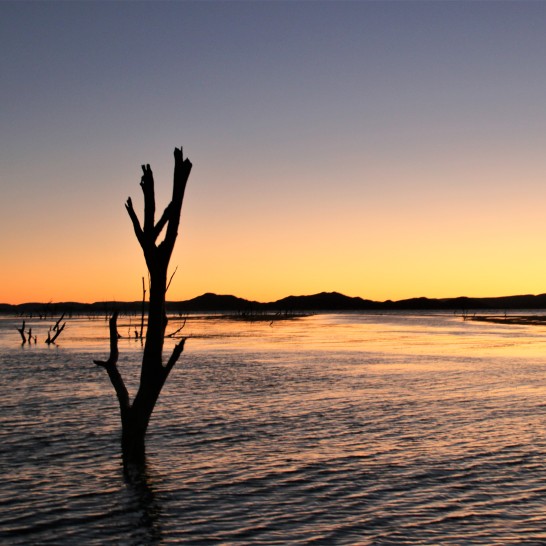 I recall we finished off the evening with a 60s rock sing along in the bus on the way back, followed by superb freshly made scones and cream (well, we hadn’t had dinner – we had managed a wine or two but).

One, of a dozen, very happy traveller: 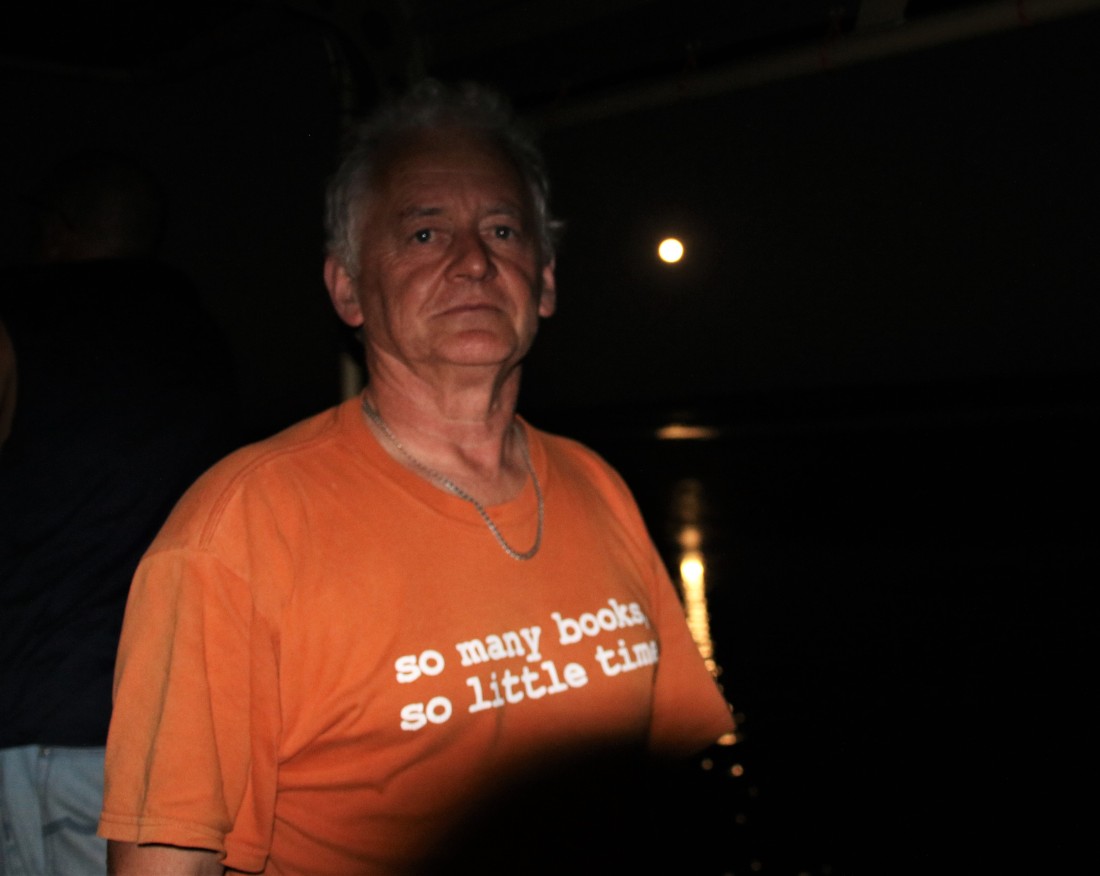 And this now identified is a White-headed Stilt (in flight obviously): 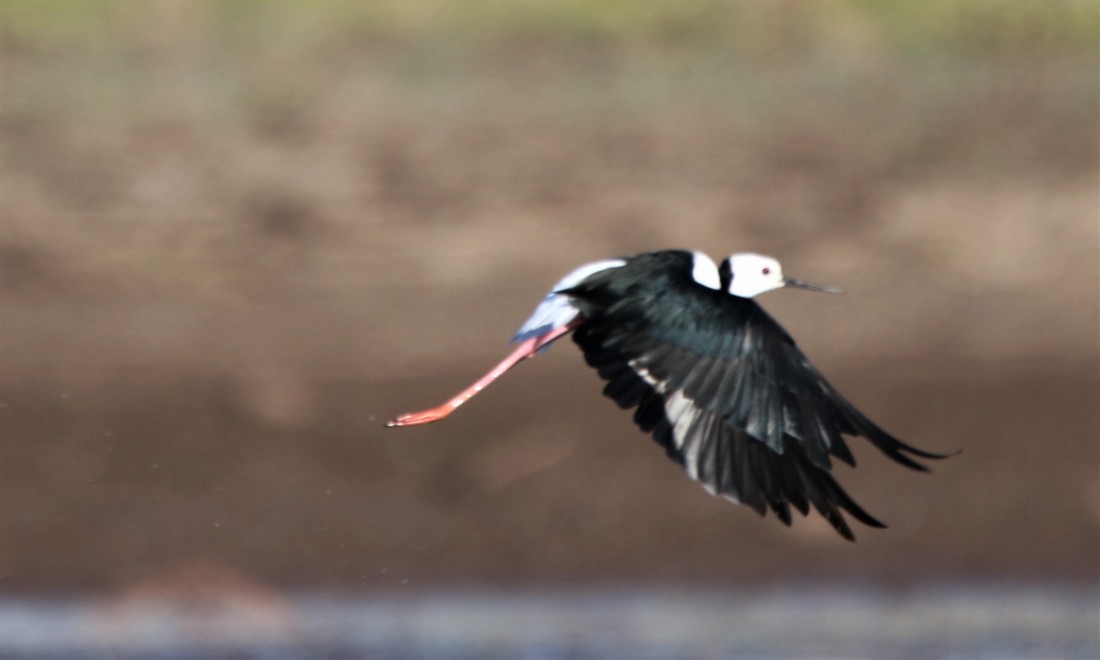 One thought on “Another sensational spot re-visited: Zebra Rock Mine, east Lake Argyle”