Have got into a few space related things lately.

First, the Mr Squiggle coin issue exhibition at the Australian Mint. Overseas people would do well to research this iconic Australian tv show of the 60s, noting the sophisticated dialogue: for example, Blackboard’s intellectual contribution was “Hurry up, hurry up” in a scary deep voice, as poor bewildered Mr Squiggle (being a man from the moon) tried to draw his picture (nose pencils were notoriously unreliable back then) under the comforting guidance of Miss Pat.  In more considered moments, he (Blackboard) just says “Hrrmmp.” 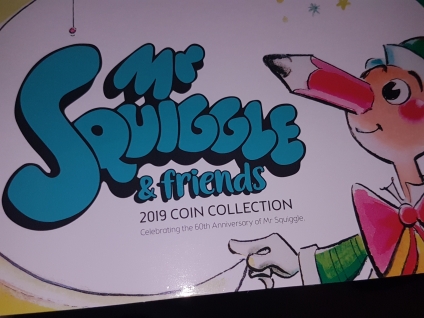 Next cab (well rocket) off the rank was a tour of the Mount Stromlo Observatory, in Canberra. The tour was led by the famous astrophysicist and cosmologist, and most entertaining, Dr Bradley Tucker.

The Observatory, one of our proudest government services, was started back in 1911 with the Oddie Telescope, jointly funded by the newly created federal Government and private astronomers. Much to the Government’s surprise, when they offered to part fund the telescope, fully anticipating that the rest would never be raised, the astronomers already had pledges of enough to provide their half. Like most things up there, it was destroyed in the 2003 bushfire. This was the first federal government funded building in the Canberra region.

After the bushfire, the decision was taken to move the telescope function to Coonabarabran, some 700km away, and build more cutting edge facilities on Mt Stromlo. The telescope data still comes back to the mountain for analysis.

There is a laser which operates 24/7 destroying space junk, of which, apparently, there is a shitload. The laser can be seen physically changing position to shoot the next target, and at night time one can see the beam firing in the dark. It doesn’t seek to destroy the object directly, which would lead to millions more items whizzing around the planet at 4000kph. Rather it hits the front of the object, which leads it to stand “upright”, then gravity draws it back into the earth’s atmosphere, which burns it up. Neat what. 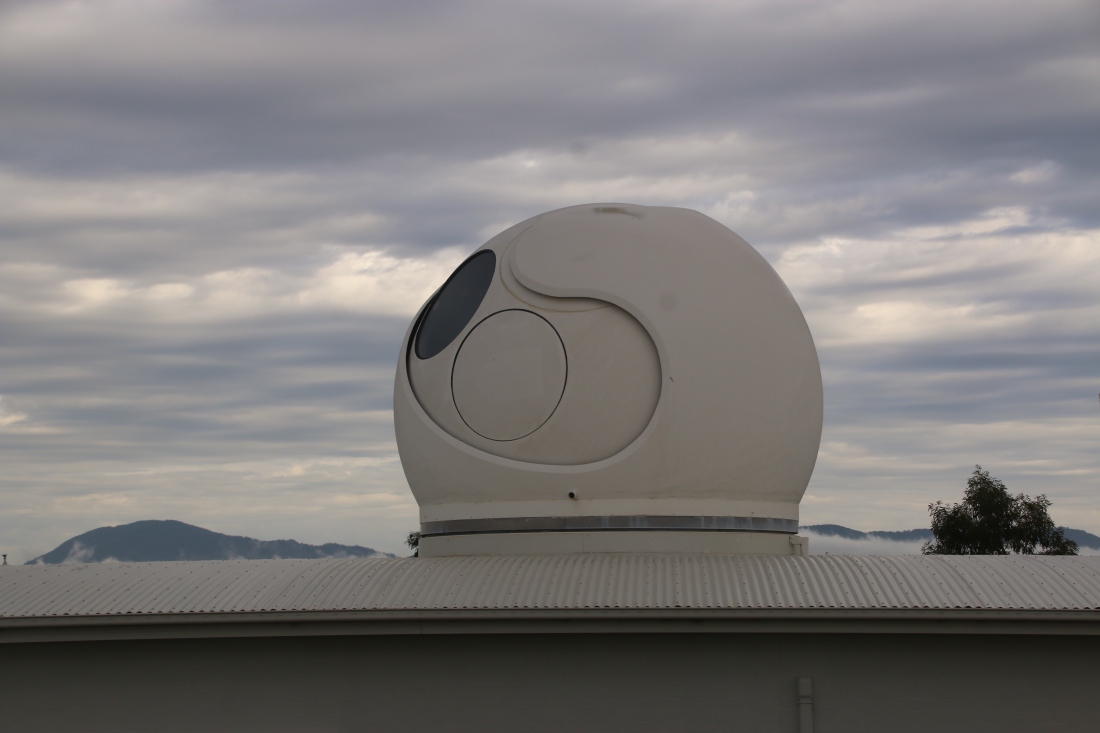 Another facility provides GPS, and this about to be upgraded via a new satellite, in the next few months. Extremely accurate positioning will be available.

The new focus is on building and testing satellites. Amazingly satellites are now the size of a standard tissue-paper box. There are vibrating tables, severe heat/cold testing chambers and other testing facilities, all maintained in astoundingly dust free conditions. 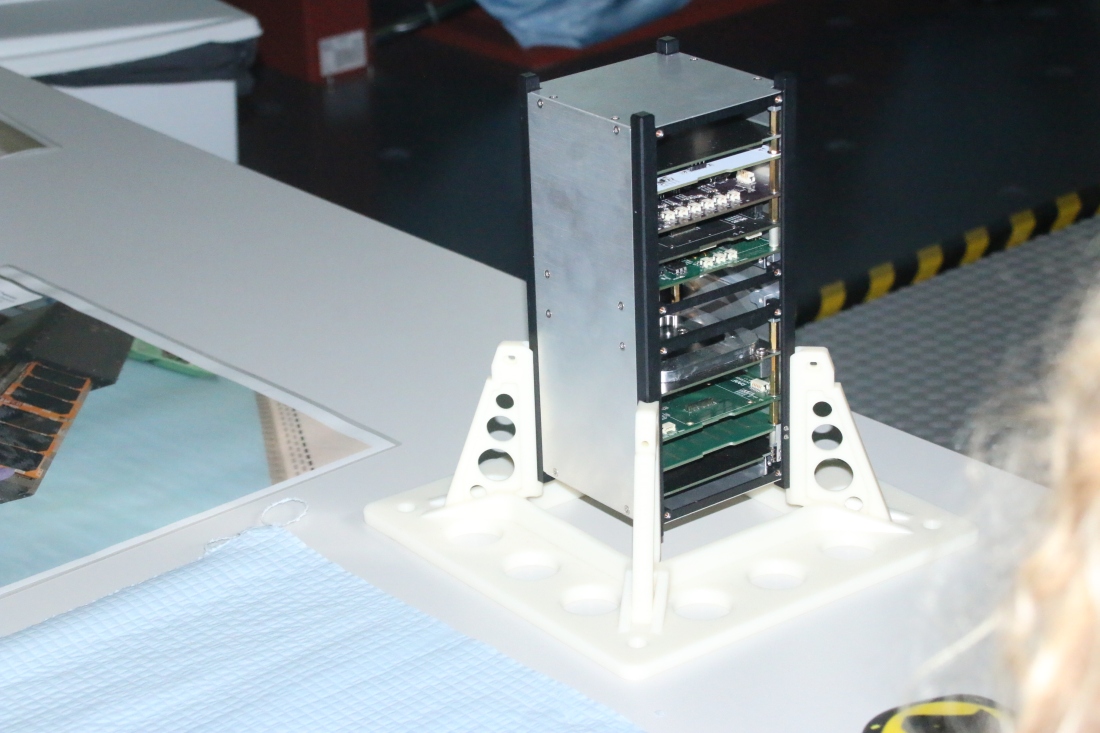 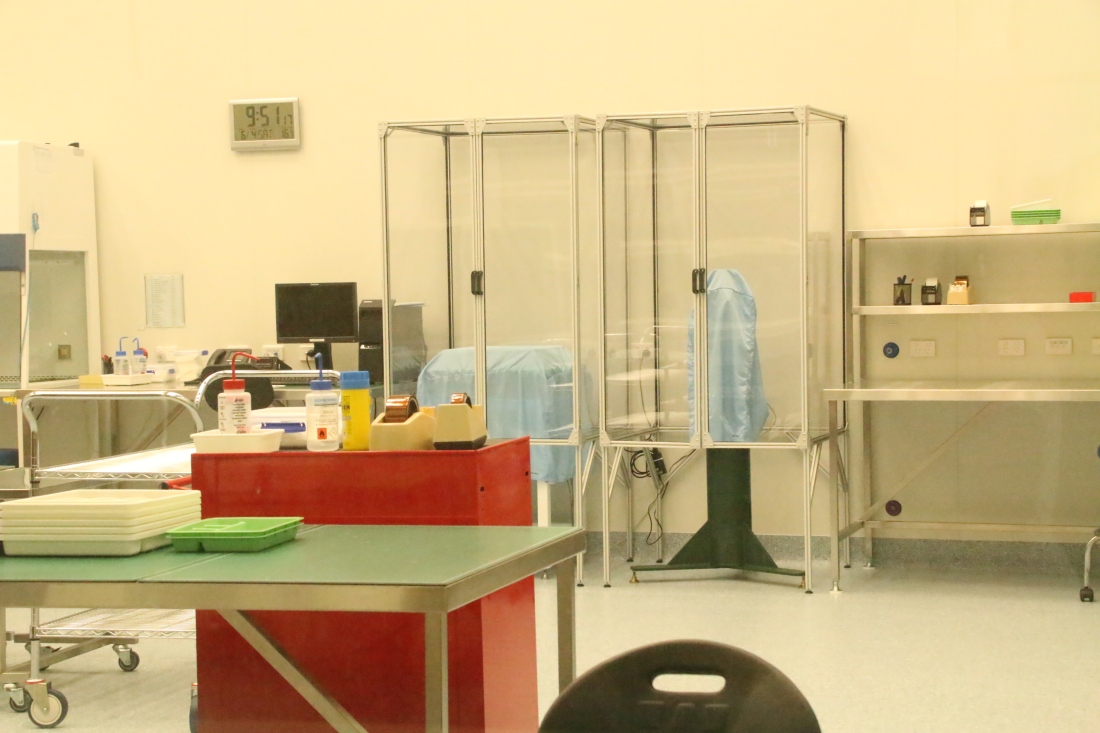 Any doubt about how hot the bushfire was is dispelled by the fact that the lead and aluminium melted, 300°C and 650°C respectively.

As in all bushfires, some things somehow escaped, but not much.

Next space related trip was to our Museum of Australian Democracy (better know as old Parliament House).

There was an exhibition about things which happened there at the time of the first lunar landing, in 1969, in which Australian radio telescopes (Honeysuckle Creek, Tidbinbilla and Parkes) played such a key role. Anyone who hasn’t seen The Dish should do so forthwith – a brilliant example of Australian comedy; just remember it was Honeysuckle Creek, not Parkes; and, sorry for serious disillusionment, no they didn’t really play cricket on the telescope dish.

Amongst the oddities were extracts from Hansard, demonstrating the novelty of space things; such as if we get the tv signal from a russian satellite, will it be in russian.

I only recently heard that there is a giant radio-telescope near Canberra – MOST, which stands for Molonglo Observatory Synthesis Telescope. It is of course pretty obvious from that description what it actually does so I will leave it there. I went to an exhibition on the scope in the Queanbeyan Library. It is quite an important installation, and has recently detected strange radio wave signals from way out there.

It consists of two “wings”, each about a kilometre long, with collection and analysis facilities in the middle.

Today, in a variation (sic) on a theme, I went up Mount Stromlo to a series of chamber music concerts. They were part of the Canberra International Music Festival, and featured three world premieres plus some Bach. Luckily some concerts were indoors to enable thawing, or we would have had 200 frozen bodies up there. The two violinists, who asked for volunteers to blow warm air on their hands, were thrilled when it started to sleet and we all “had” to pop inside for the final concert. Great idea though, and, if it had been on any other day of the last few weeks it would have been still and 19°C. 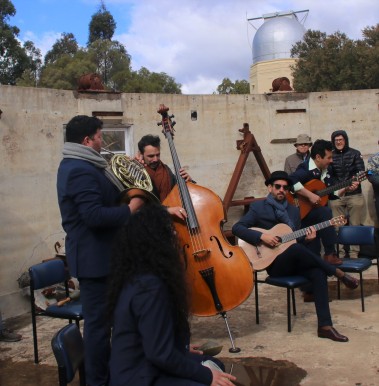 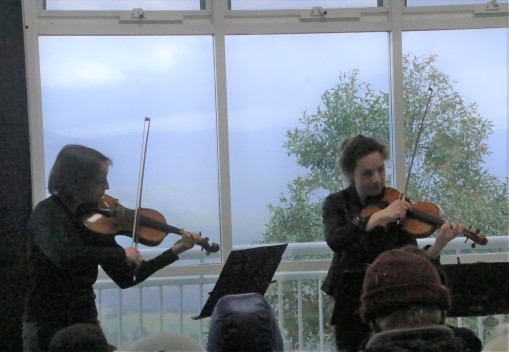