An inspired move in the ACT is to create reserved forests and grasslands right through the territory, to assist migrating birds and small animals, and to preserve our wildlife. Two protected areas are the Sanctuary, at Tidbinbilla in the far south, and Mulligans Flat in the far north.

Mulligans Flat has seen the release, and re-generation, of the Eastern Bettong which had become extinct in these formally prolific parts. Behind the fence, they are secure from cats and foxes (as long as visitors make sure they shut the gate!), and are doing very well. During the day they won’t be seen, but their houses are quite evident. They cut and chomp a “cave” inside grass clumps, as can be seen in this photo. 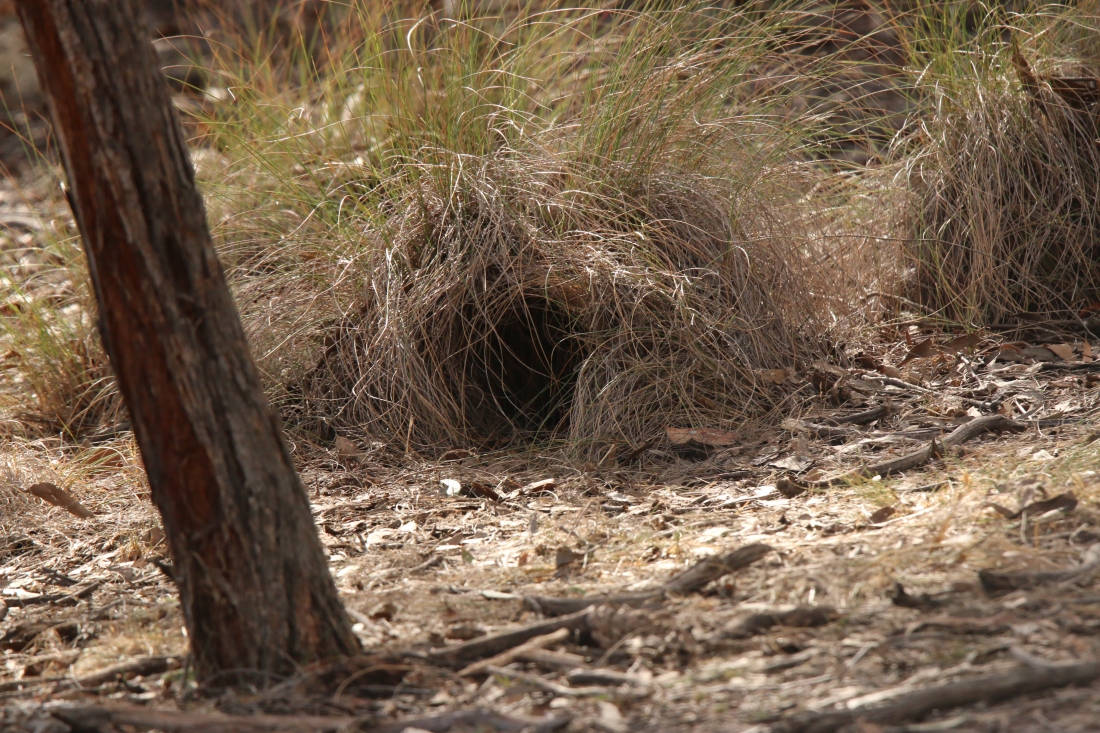 Also being re-introduced are the Eastern Quoll and the Bush-stone Curlew.

The App is excellent and gives great information about various features of the many walks in the reserve. From this I learnt that there are two basic types of eucalypts – thick barked and smooth. So the red-barked gum (first photo) has a thick bark, which, in the inevitable bushfire, burns slowly so keeps the key workings cooler so they have a better chance of survival. The Brittle Gum (second photo) has a very smooth surface, so the fire doesn’t get a good hold on the tree, hence again the key workings are kept cooler.

After about 150 years, the app told me, the termites finally gain traction in terms of eating the tough fibrous insides of the gum’s branches, and the outer branches start to die. This might also be driven by cataclysmic events such as a super hot fire. Interestingly, according to the App, eucalypts grown in other countries do not suffer the same fate. It is surmised that the termites in Morocco, Spain, Equador et al have not evolved – yet – to be able to eat the very tough eucalypt fibres. In Australia of course, nature being nature, the dead branches drop off or open up to provide housing for birds and small animals.

There are a number of large ant nests, in which the Echidna revel: 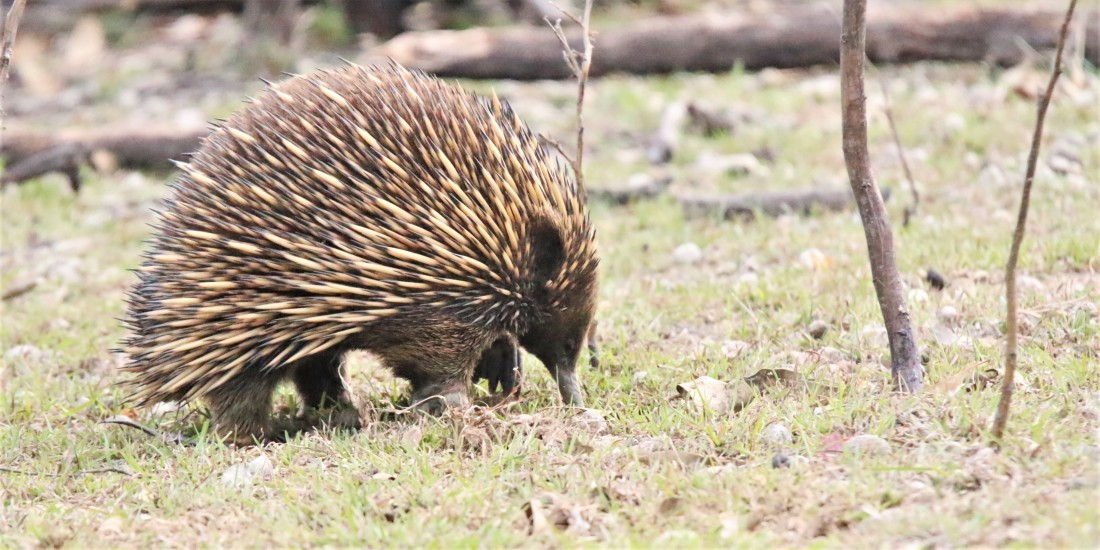 I saw my first ever Varied Sitella (in this case of the chrysoptera orange-winged sub species); they are, even within the same sub-species, well, varied – which is just as well or they would have to change the name; they are the next three photos: 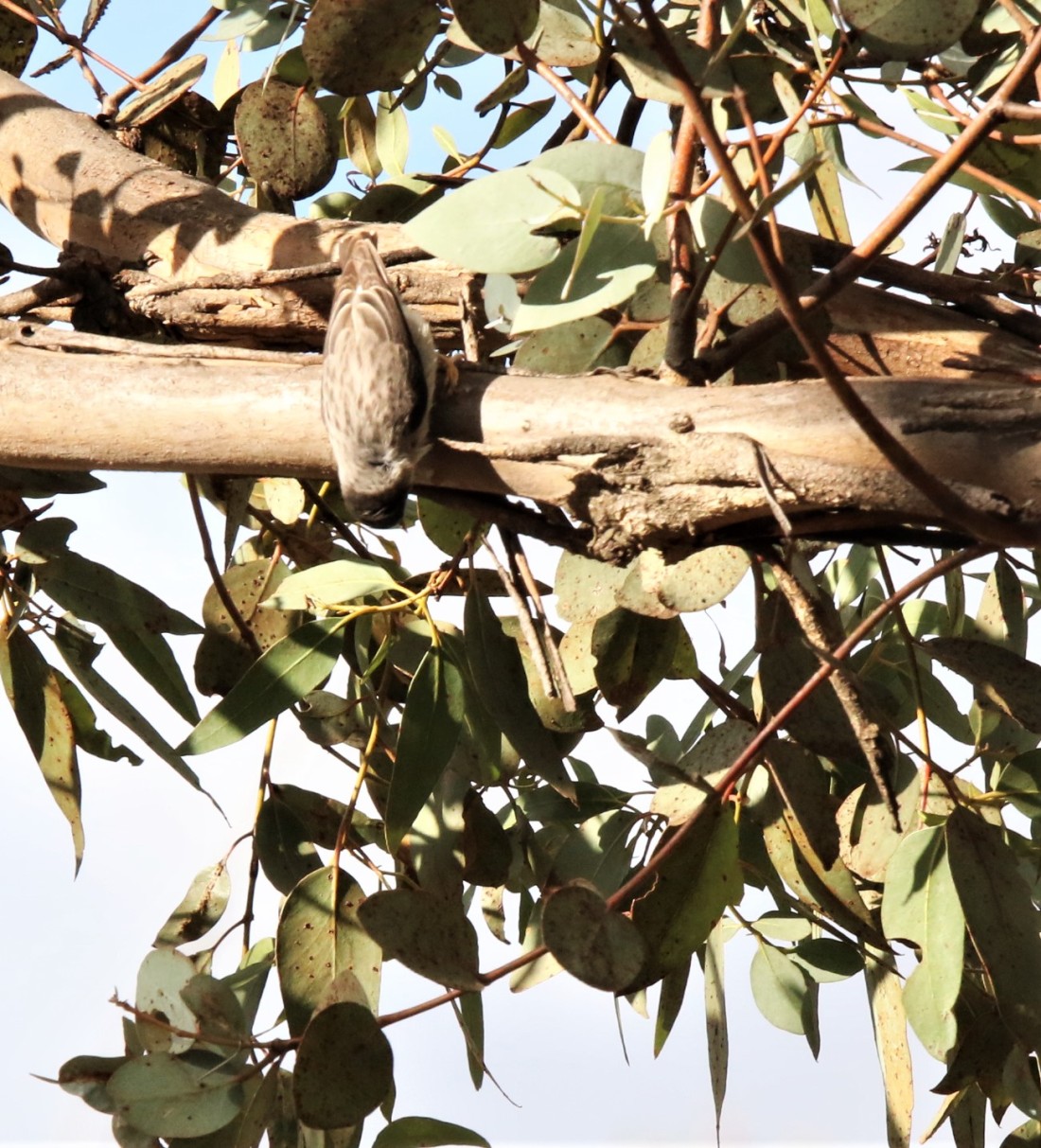 and also first ever Speckled Warblers – the first two are males (blacker line across the side of the head above the eyes) and the one on the ground a female (much lighter line above the eyes). 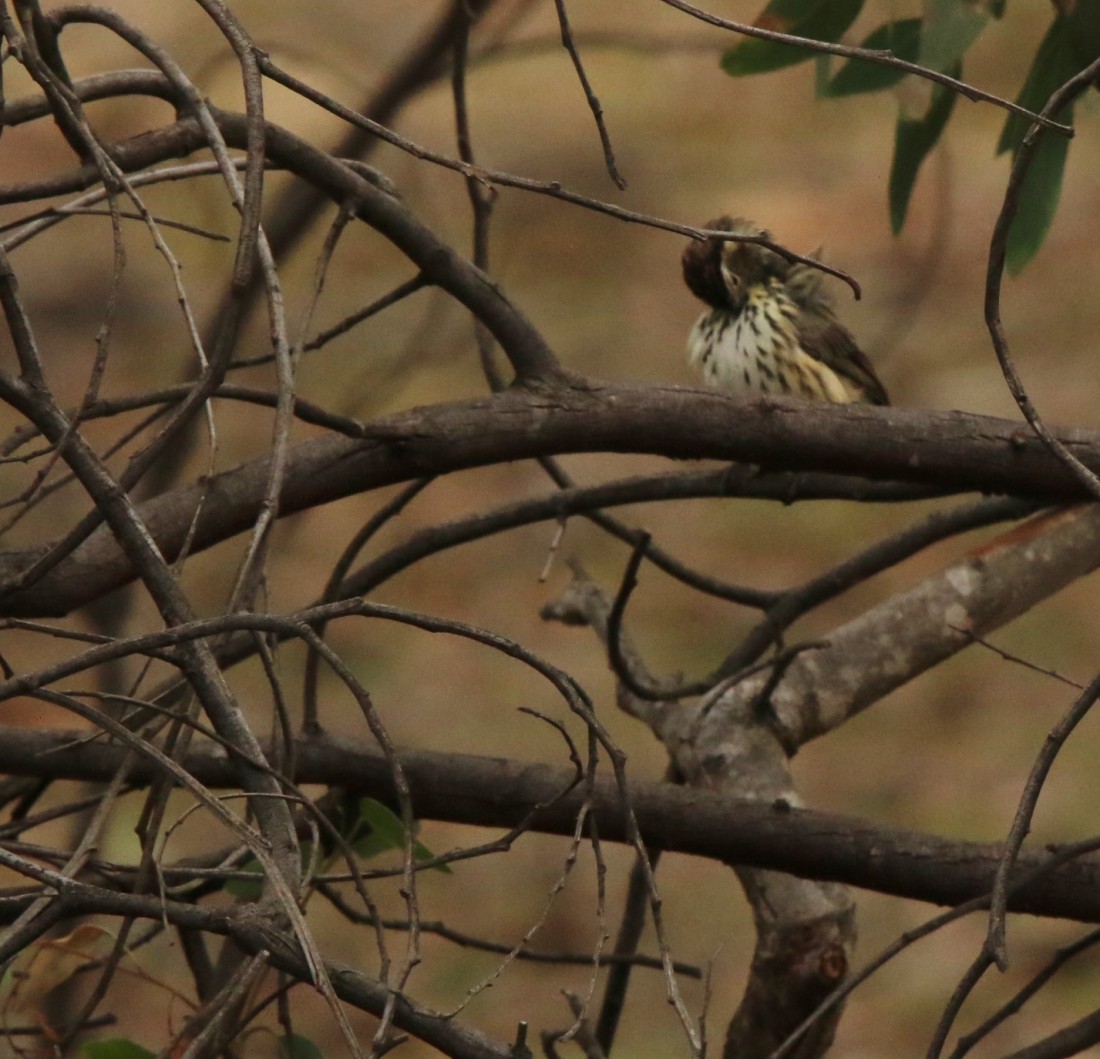 Also spotted was a Flame Robin, which is striking both from the back and the front: 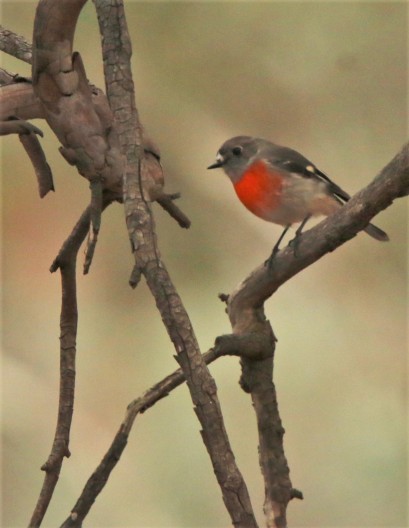 An interesting feature of this area is the old coach road which ran from the belconnen estates to braidwood and sydney. The original track can still be seen here: 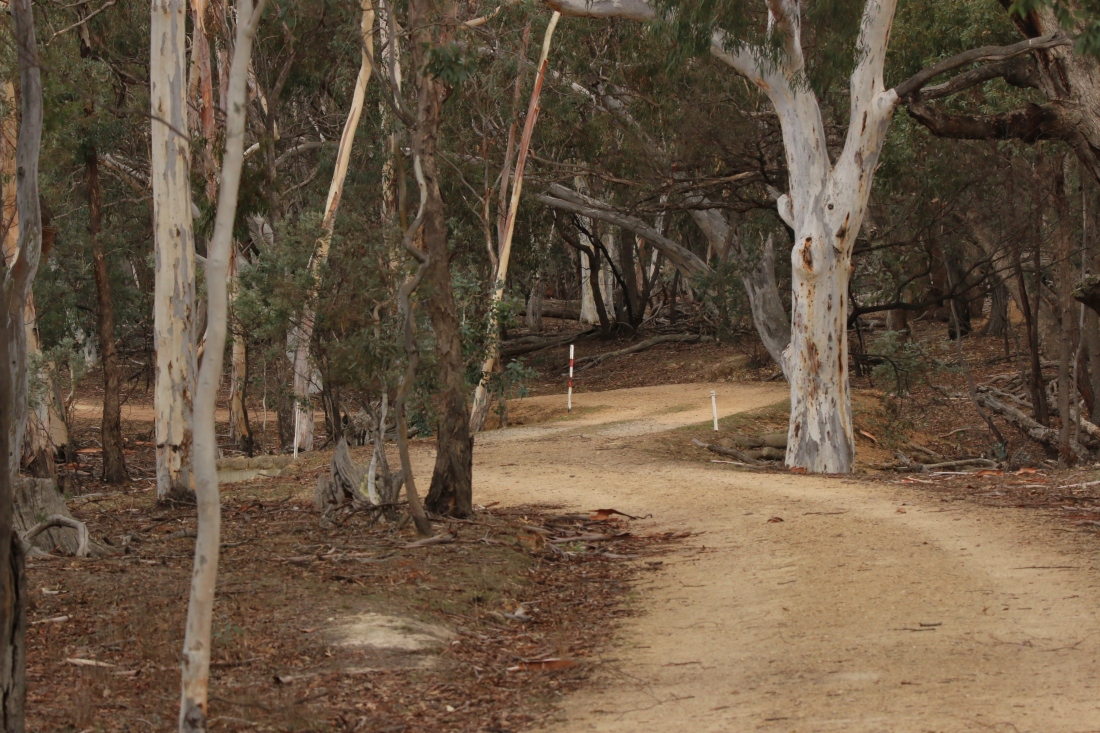 As always, one I had a lot of trouble identifying but am pretty sure it is a female Flame Robin. 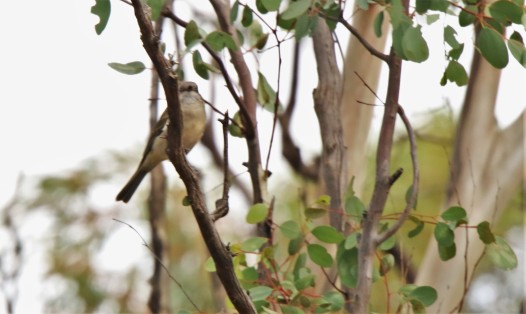 A lovely spot and a tribute to the Government and the rangers.