Near Albany, WA, are some rugged and spectacular formations of Gneiss (pronounced Nice) which is a metamorphic rock formed when massive pressure (the Antarctic and Australian plates colliding) turns the granite underneath and converts it to magma. Then the magma is forced into the Granodiorite forming thin patterned layers. Something like that anyway. Whatever, the effect is indeed spectacular. I took these photos there on 28 March 2018. 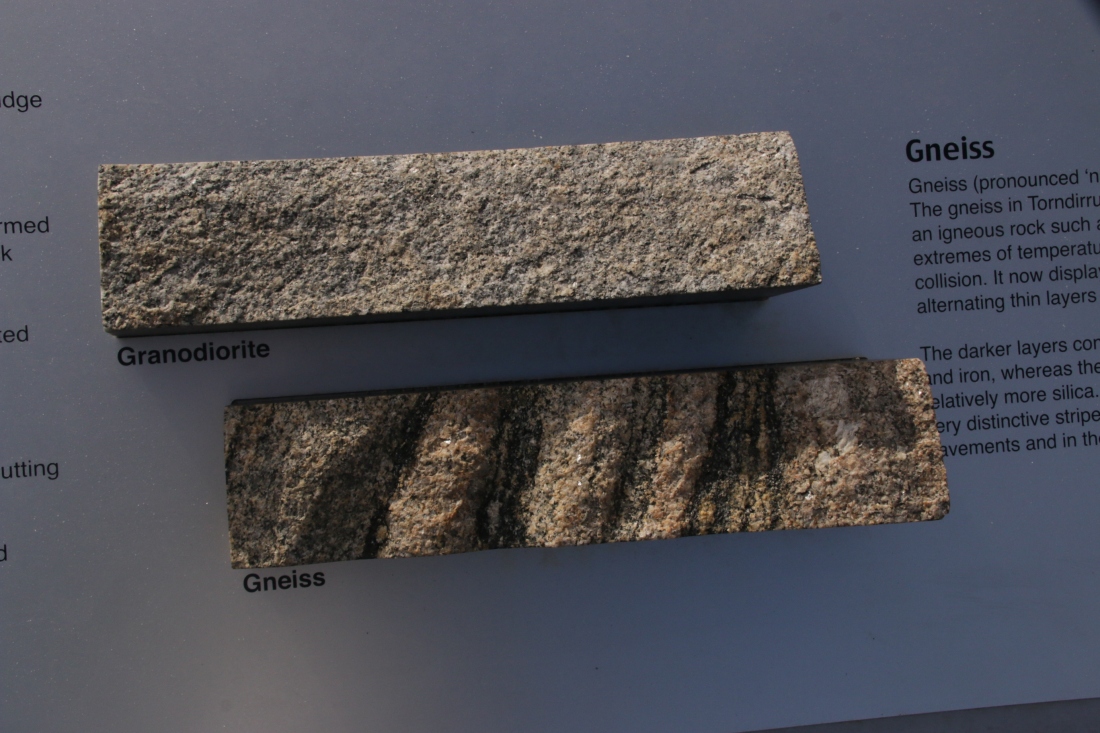 The Gap, as it is known, is now approached with another engineering marvel in the form of a storm proof metal walkway and hangover. In the good old days, insane young lads impressed their new wives by getting as far out into mortal peril as possible to take an unforgettable photo of the loved one. No names, no pack drill.   It is a seriously murderous spot, and I reckon you would last about half the way down, which is just as well, because hitting that water would be like being slapped with a cement roller. 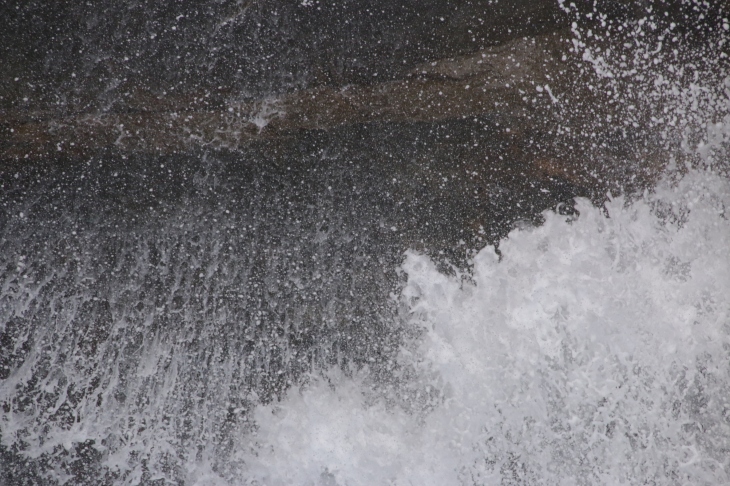 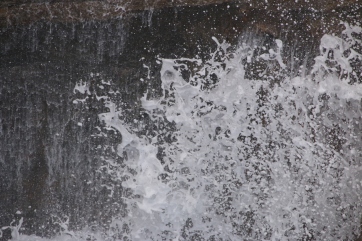 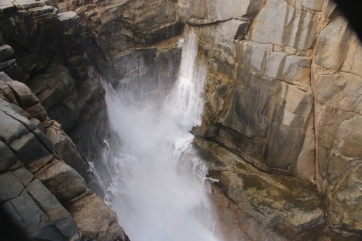 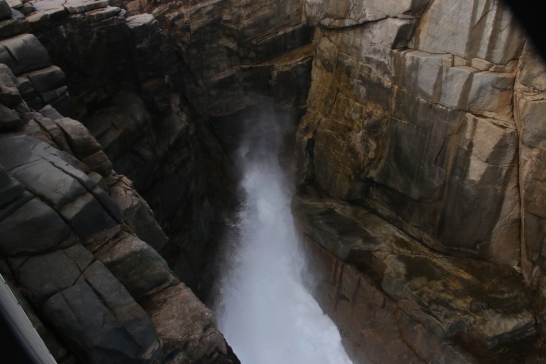 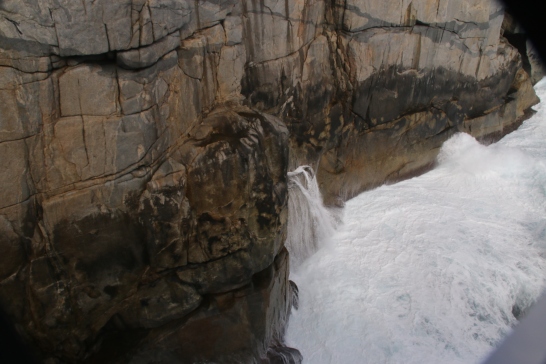 The engineering is awesome. 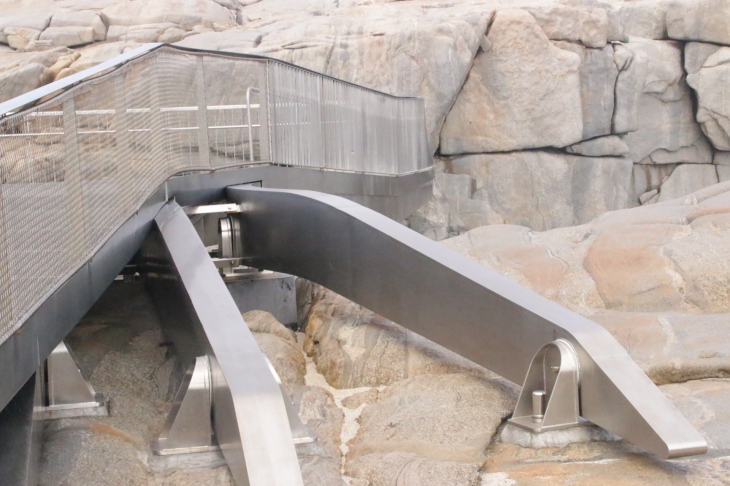 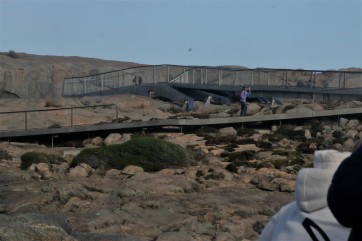 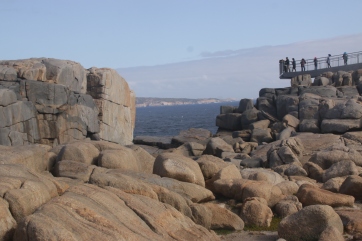 Nearby is a natural bridge formation, wrought by millenia of pounding of the waves. One day in the 70s (of course), a lad thought it would be a good idea to pop down to the base rock and take a picture of the massive foaming seas – as you would. Much to everyone’s surprise, except probably Neptune, a wave did come in and before he could say Kodak, he found himself being sucked way below, then shot out to the surface hundreds of metres out to sea. Even more astonishingly, Neptune must have thought he was a kid with promise because he somehow stayed afloat till a very dangerous rescue was achieved. Not one to rely on precedent, I took these photos from behind the fence, with the big sign saying something to the effect: mortal danger, don’t be a moron, stay behind the fence which may well be here for a purpose! 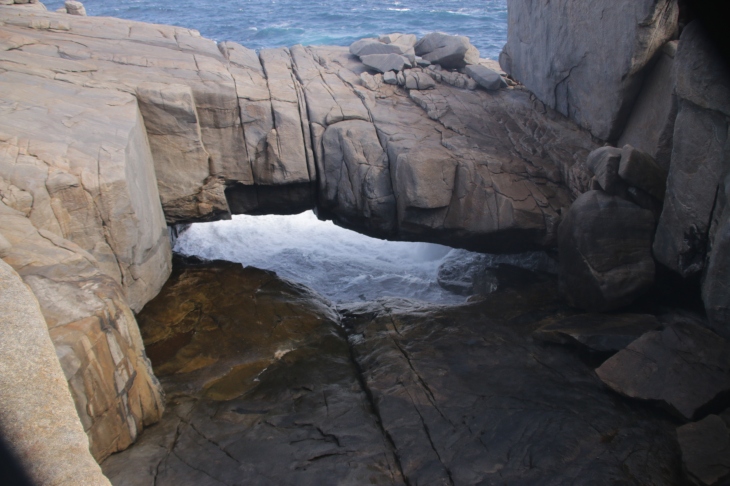 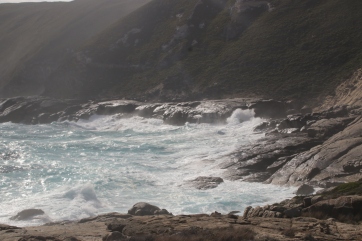 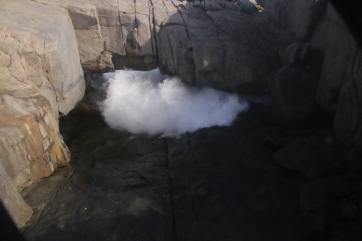 Great spot. No doubt which way the wind comes: 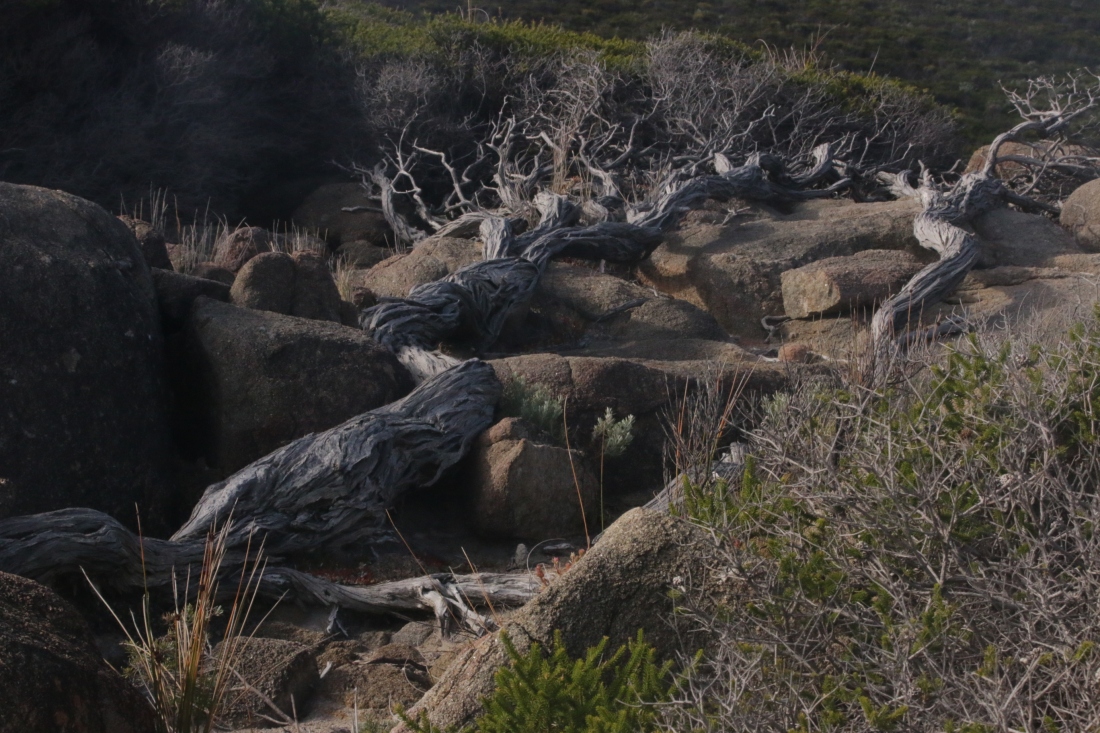