Earlier this year I took the Strahan – Dubbil Barril – Strahan western rail trip. It was up there with the best trips I have ever had. Luckily it was also a bit wet, which definitely added to the richness of the forest.  Next trip I will definitely do the other half, the Queenstown to Dubbil-Barril leg.

The story of the railway is astonishing.  It really shouldn’t have been possible.

Take yourself back to 1893. Tin, silver, iron ore, osmiridium and lead had been already extensively mined around Mt Lyell and Zeehan. Some small, but rich, gold deposits had also been found in the area in 1883. But by 1891, two “outlanders” bought into the Mt Lyell gold mining company, not because they thought there was gold in them there hills, but because they knew a gold mine of copper when they saw it; and Mt Lyell was definitely one of them. William Orr (sic) brought out another American, Robert Sticht, who was a brilliant metallurgist. Together they developed cutting edge copper mining processes, and set about working out how to get the copper to the harbour at Strahan.

Several surveyors correctly told Orr that it would be impossible. And then the third lot realised that ‘not possible’ was in fact not the correct answer, and said it was indeed possible. If you look at it, it isn’t possible – but yet they built it. Over 5oo men worked on the job, working and sleeping without cover in the almost perpetual rainfall. All the rockwork had to be done by hand because it is slate, and explosions could bring whole hills down.

Building the railway through the densest rainforest you could imagine, and with a raging King River right beside them, is an astonishing feat.  The track and most bridges have been restored – an inspired decision indeed. 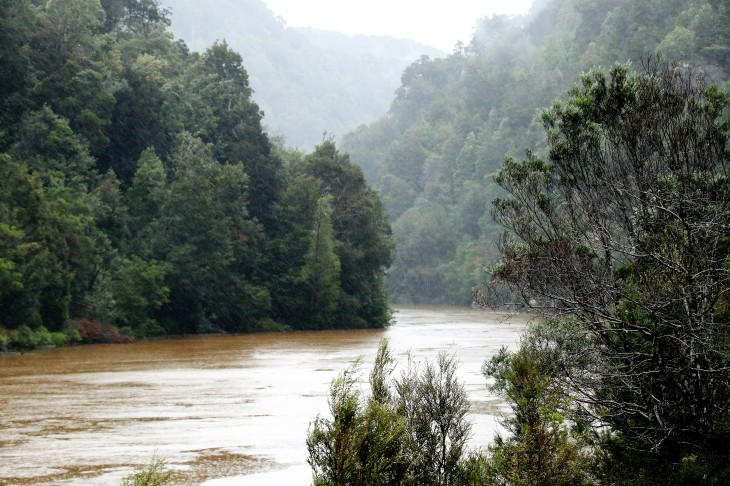 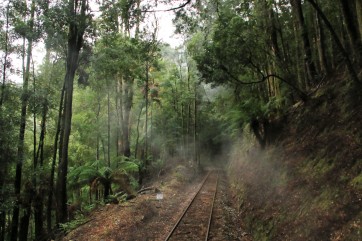 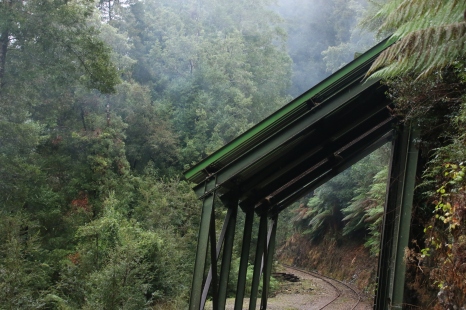 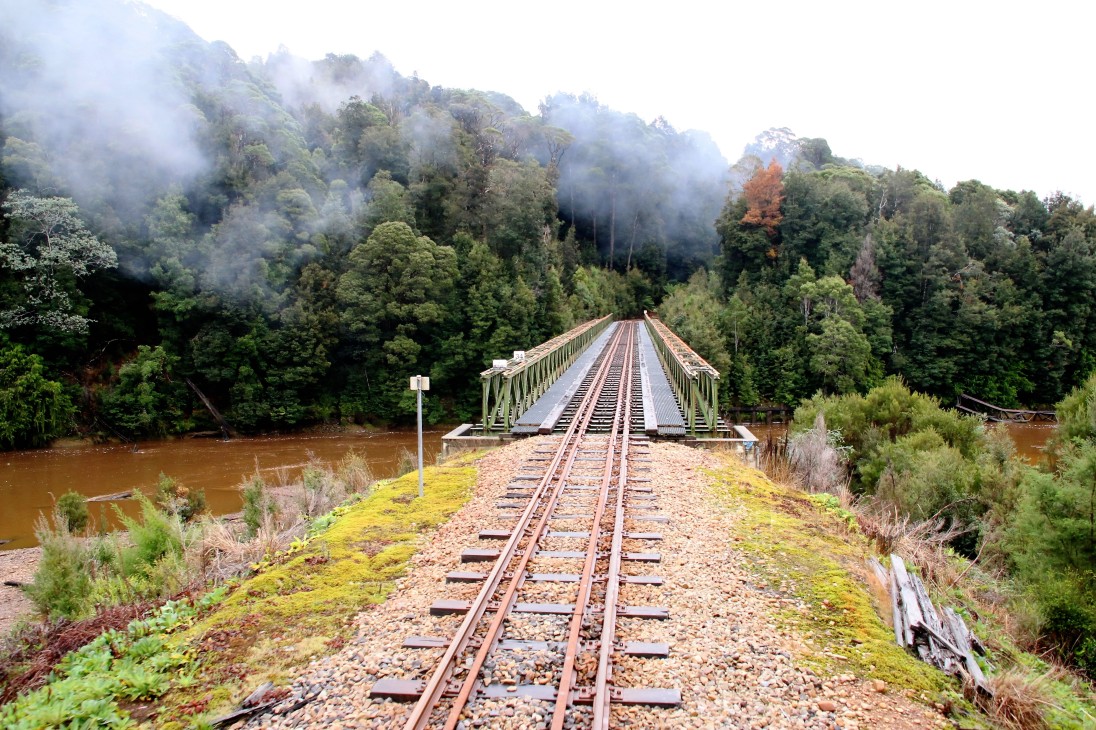 No-one working on it had ever even seen a rail locomotive. They got the train in a flatpak, without instructions. Working off the picture on the box they successfully put it together.

When the owner had them put in the rack and pinions (abt rack technology) on the steepest bits, they were even more convinced he was mad.

The only original bridge is the one underneath. That is another astonishing story. Again, the bridge arrived in a flatpak. They put it together seated on a duplicate rail line. Then they got a raft and stacked it with timbers till it was the height from the river to the bottom of the bridge. They then SO SO SLOWLY pushed the bridge out onto the timber support. A couple of likely lads with ropes tied to the barge were on the far bank. Ever SO SLOWLY they pushed the bridge and pulled on the barge to manoeuvre the bridge across the river. The chances of them needing another one was very high, but again the impossible was achieved. 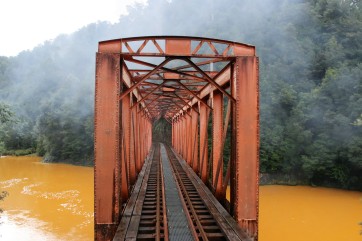 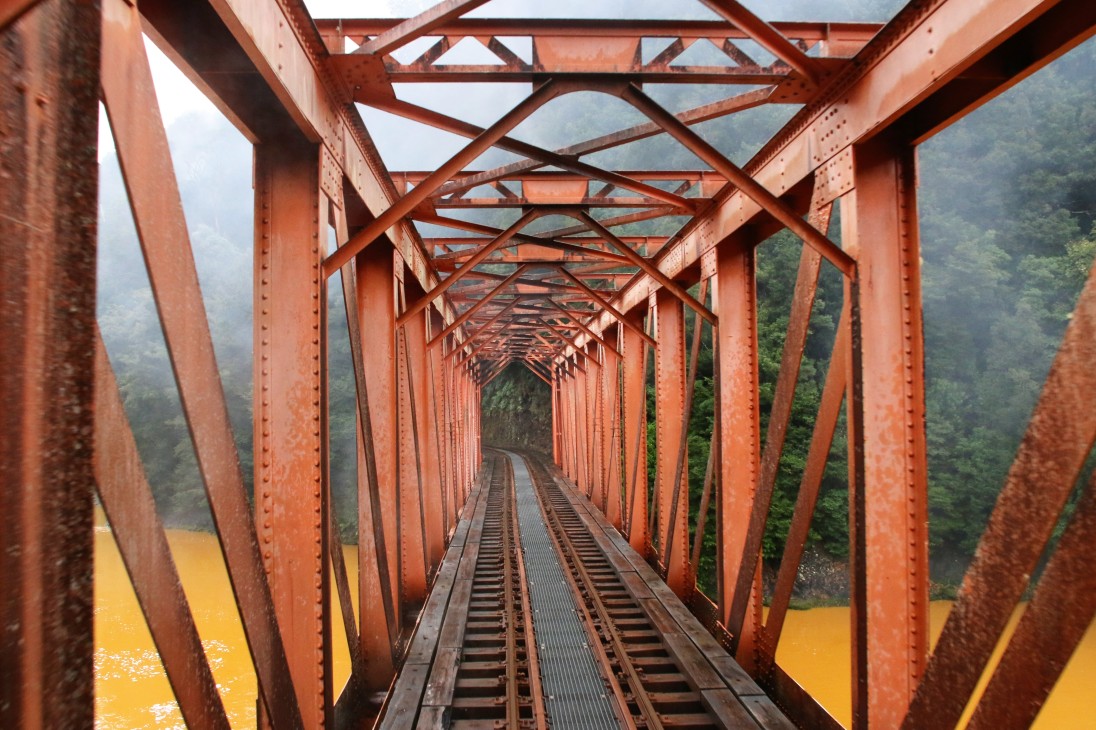 The King River has thoughtfully maintained the remnants of one of other early bridges in sight to mock the foolhardy who think they can conquer it. 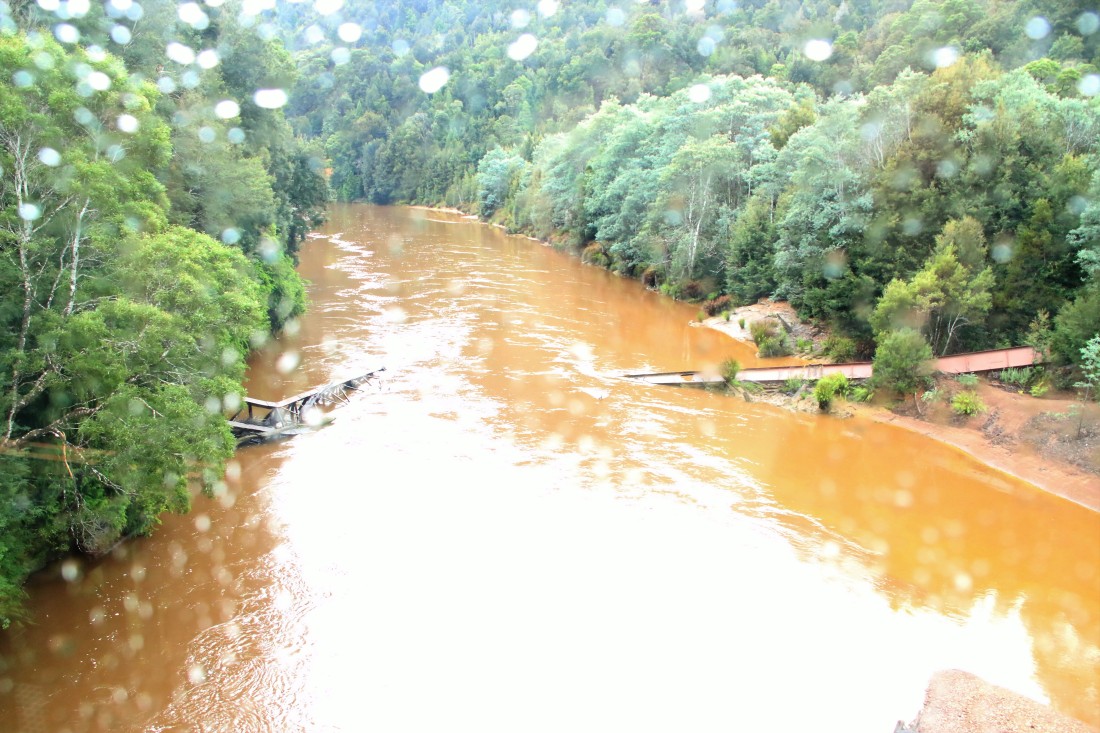 Then there is the scenery. Astonishing. 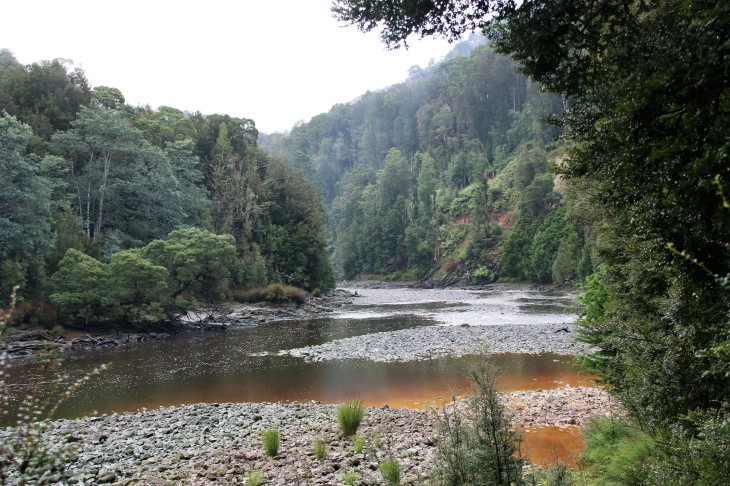 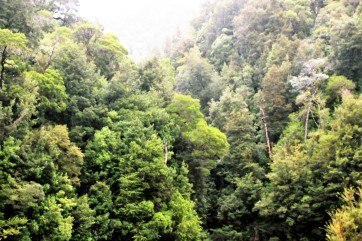 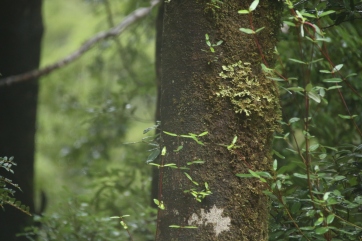 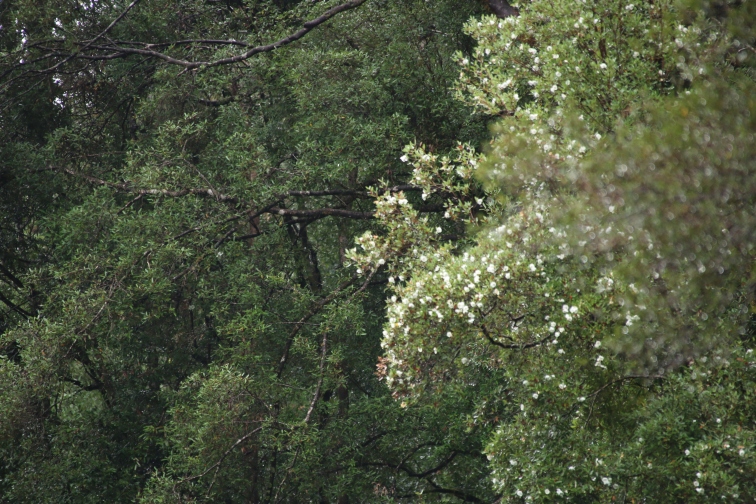 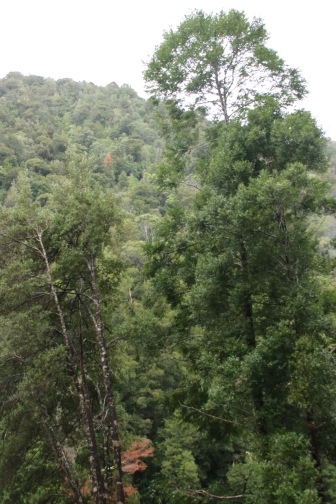 Last, but by no means least, is the trip itself. Make sure you pay the extra for the Wilderness Carriage. Apart from some excellent snacks, and a chocolate locomotive, there is a very knowledgeable guide (who also knows a lot about the technicalities of the mining and recuperation of the river), but best of all is that the carriage is at the back going up, with a small outside balcony – fantastic for the photographer but also just to get a better view of the track, bridges and environment.